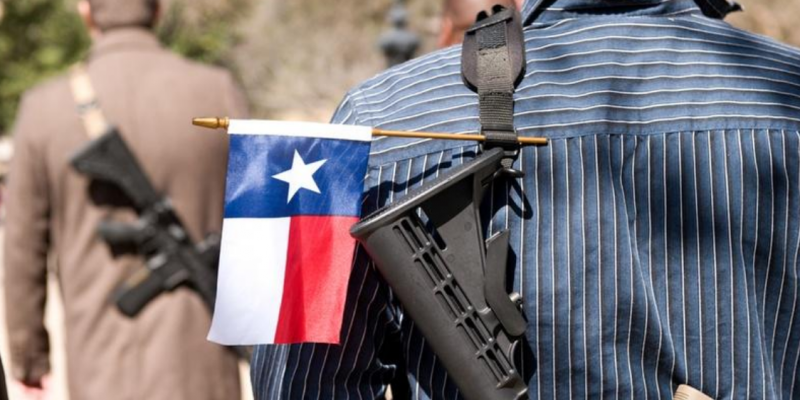 HB 121, introduced by Rep. Valoree Swanson, R-Spring, was signed into law May 28 and passed in both chambers by a wide margin. It provides a defense for LTC holders from being charged with trespassing if they unknowingly enter an establishment that has posted signs prohibiting LTCs from carrying inside. If the LTC holder leaves the property promptly after being asked, the law protects them from being prosecuted.

Introduced by Rep. Dade Phelan, R- Beaumont, and signed into law June 16, HB 1177 governs carrying a firearm during a state of emergency. The law prevents citizens from being charged with a crime who carry a firearm without an LTC when evacuating from a declared state or local disaster area, returning to the area, or staying at a disaster shelter.

HB 1791 updates language in the state Government Code “to clarify that a state agency or a political subdivision of the state may not take any action that states or implies that a handgun license holder who is carrying a handgun is prohibited from entering or remaining on a premises or other place owned or leased by the entity unless license holders are prohibited from carrying a handgun on the premises or other place by law.”

It also revises the requirements for filing a complaint with the attorney general’s office for those who violate the law.

HB 1387 amends the Education Code to remove certain limitations on the number of school marshals that a board of trustees of a public school district or a governing body of an open enrollment charter school or private school may appoint for each campus.

HB 1143 also updates the Education Code to prevent school districts from regulating the manner in which a licensed gun owner’s firearm or ammunition is transported and stored in their vehicle in a school parking area.

Another bill pertaining to child safety, HB 2363, updates specifications for gun storage in foster homes. According to the bill summary, current law requires the minimum standards is that firearms and ammunition in certain foster homes be stored separately in locked locations. The new law amends the Human Resources Code’s minimum standard requirement by allowing them to be stored together in the same locked location if the firearms are stored with a trigger-locking device attached to them.

Three new laws govern the ownership and use of firearms on private property.

Signed into law May 16 and passed by a wide margin, HB 302 prohibits landlords from restricting gun ownership on their property for certain persons. Sponsored by Rep. Dennis Paul and four others, the bill ensures that residential lease agreements cannot restrict tenants or their guests from carrying, storing, or possessing a firearm or ammunition on certain residential and commercial properties.

SB 741 also prohibits a property owners association from prohibiting or restricting the possession, transportation, or storage of a firearm or ammunition. It also prohibits the associations from placing any restrictions on residents who lawfully discharge a firearm.

Sponsored by Sen. Donna Campbell, R-New Braunfels, and signed into law June 7, SB 535 clarifies that places of worship are to be treated the same as other private property when determining whether a LTC holder may carry on the premises.

In 2018, the state attorney general found that it was lawful for citizens holding a LTC for self-defense in a church as long as the church did not post a notice not to carry on the premises, as required by state law. S.B. 535 codified this opinion by amending Chapter 46 of the Penal Code.

The law also provides uniform penalties for license holders who don’t adhere to posted “no carry” signage on private property by making Chapter 46 language more current and aligned with language in Chapter 30 of the Penal Code.

Interested in more news from Texas? We've got you covered! See More Texas News
Previous Article BAYHAM: The Rise Of The 9-11 Deniers
Next Article What Should We Make Of This New LAGOV Poll?