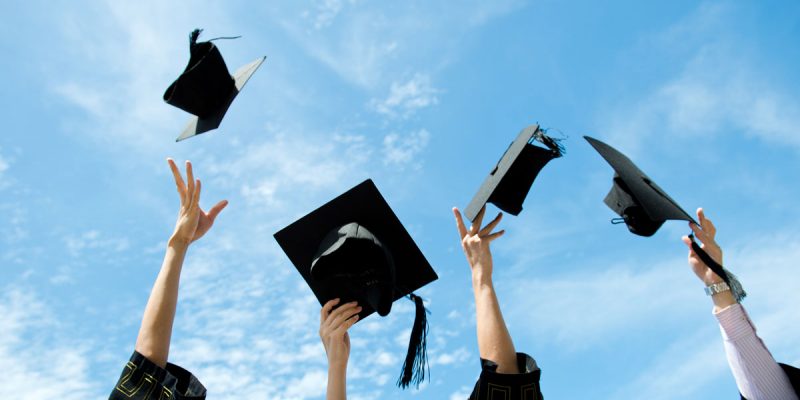 If it’s not the old adage that generals always are preparing to fight the last war that summarizes the latest Louisiana higher education master plan, it’s Pogo’s prescription that we have met the enemy, and they are us.

After nearly two decades, the Louisiana Board of Regents released an updated master plan. Titled “Louisiana Prospers: Driving Our Talent Imperative,” it pleads for more money in order to “Educate, Innovate, and Collaborate” with a goal of more than doubling the number of working adults in Louisiana with meaningful, market-relevant postsecondary credentials by 2030, or a figure of 60 percent of that cohort.

It’s a tall lift. Only 44.2 percent of the group currently has a college degree or certificate, below the national average of 47.2 percent. Hitting the mark would require churning out 45,000 more completers a year through 2030 – substantially more than the 40,000 annually at present and is a number greater than the students currently in elementary and secondary education who would be eligible to attend college. In short, this means having some non-completers of the past finish up and inducing other adults into higher education, where presently Louisiana has among all states the second lowest proportion (4.5 percent) of the 25-49 age cohort attending college.

The plan sets out three steps to getting there: expand access to and success in completing postsecondary education, eliminate persistent and damaging equity gaps, and increase significantly the education level of adults. Doing so, it argues, would boost income per capita by over $5,000, which could increase tax revenues collected and decrease costs to equal $3.4 billion.

That’s great. But with a plan that to some degree misunderstands today’s world as well as stubbornly ignores long-standing problems in Louisiana higher education, it has little chance of succeeding on its own terms.

For one thing, a major input for success lies out of its hands – continuing and sufficient progress in improvement of elementary and secondary education. The plan laments that too few students, especially among ethnic minorities, even can advance into postsecondary education, including crucially reception of a high school diploma. It can do little better with steering adult populations into the higher education system. And it has little in the way of recommendations higher education itself can implement to change this, other than aiding these individuals to “find encouragement and support to earn the credentials needed to realize their ambitions.”

In other words, it wants to revert to the Louisiana Way: throw money at a presumed problem without any real accountability attached. Never mind that Louisiana elementary and secondary education spends around the average of states in per capita terms yet has the worst outcomes. Never mind that Louisiana spends about the average of states in per capita taxpayer dollars for higher education but because of below-average tuition it overall spends less. And never mind that with that lower overall figure it spends too much of that educating students in baccalaureate-and-above institutions because there are too many of these institutions instead of more efficiently spending it on junior-level campuses.

Throwing more money at inefficient systems without reforms just wastes more. And failure to recognize this produces a report rife with recommendations that simply will not work in this environment.

For example, it touts dual enrollment as a method of giving students a head start, stoking desire for college, and saving money, as well as in closing the achievement gap suffered by ethnic minority students. But if secondary schools aren’t doing even a decent job of educating at their own level, you’ll end up with degraded college credit.

Also, it exhorts expanding remediation efforts at the university level, which moves away from the current approach that such students with any more than marginal such needs should first catch up at community colleges. Yet this exacerbates the problem of the top-heavy system by returning things to the 20th century regime where Louisiana’s universities also took on the roles of community colleges and looks more like a fig leaf to justify the overbuilt system.

Instead, a realistic master plan prior to all other considerations would merge some senior institutions and demote others to junior status. The state would have to spend more initially to achieve this, but then vast savings would accumulate that could allow higher education to pay for some worthier items mentioned in the plan, such as a program to stack previous credits earned for non-completers, alternative credit recognition, and need-based aid.

Unfortunately, the appetite for resources doesn’t stop here. Worse, it wants taxpayers to throw more money at other programs run wastefully in Louisiana outside of higher education. Declaring that policy must address an entire continuum of affordability to pull particularly adults into the system, the state must “leverage all sources of support for students, including public benefits … [which] should be braided into a system to increase credential attainment and support students in need.”

In other words, pump up the numbers of those receiving these benefits that then allegedly enhance the chances of more adults in affording higher education, both in terms of resource and time availability. Using Supplemental Nutrition Assistance Program funding as an example, more of that actually works at cross-purposes with economic development, with recent state histories in ending exceptions that permitted more people on SNAP that the law otherwise would permit, as states found greater employment and overall income increases by not seeking waivers – an approach Democrat Gov. John Bel Edwards continues to reject even as the federal government is moving towards mooting that option.

Similarly, the report asks that the state remove “barriers” through provision of things such as health care. This euphemistic avoidance of stumping for more of what Medicaid expansion inflicted upon the state – higher taxpayer costs for it outstripping any state revenue gains from it – again works at cross-purposes if, as the plan seeks to do, justifying greater spending on higher education as a means to spur economic development results in increased state tax revenues.

However, assuming the unimpeachability of the present system which reduces everything to a Soviet-style model that banked upon greater inputs producing proportionally greater outputs causes an even bigger swing-and-miss in the plan: it fundamentally misreads the direction of the employment market with which it claims Louisiana higher education will achieve greater congruence.

For while the market may demand greater skill levels, it has started to reject greater credentialing as a means of demonstrating that. Higher education has benefited dramatically from federal policy over the past half-century, in jurisprudence from court cases that prevented tests of intelligence from use in hiring and in laws that shoveled astronomical funds at it mainly through student lending. A college diploma became the default mechanism for demonstration of aptitude.

Not any more. Recent trends show employers increasingly moving away from this with a greater emphasis on skills demonstration, both specifically and in a general sense measured by critical thinking, problem-solving, and information dissemination skills. Less and less is a diploma seen as evidence of these.

The master plan scarcely addresses these kinds of issues. Not only does this provide another imperative to concentrate more on junior institutions better suited to provide specific skills training, but it also calls for rethinking the place of the general education curriculum required of all graduates at all levels. For example, those kinds of courses – generally taught by disciplines identified as the “arts and sciences” – should amplify critical thinking skills along with knowledge acquisition. However, this makes these classes more demanding, which lowers grades in an environment with grade inflation on the rampage (which further steers employers away from relying on diploma-based credentialing), then causes more students to flunk out and, guess what, subverts the master plan’s goal of increasing higher numbers of credentialed students.

Individual institutions can address this on their own; for example, by requiring passage of an aptitude test/completion of a project covering a field of study prior to awarding a degree in that area. Yet doing that, even if the school stepped up its instructional game and/or raised admission standards to prevent increase non-completion because of the extra hurdle, inevitably would reduce credentialing, contrary to the plan.

Here and there the new plan has salutary aspects. But its overall ethos that ignores needed systemic reform and its putting down its entire bet on pumping out more degreed individuals as a sign of success don’t make it a very useful document going forward. Hopefully, an improved iteration will appear much sooner than almost 20 years from now.

Interested in more news from Louisiana? We've got you covered! See More Louisiana News
Previous Article We Finally Got Around To Listening To The Audio Of Moon Griffon’s Interview With John Georges…
Next Article We Have A Couple Of Questions About This New Poll Of The Attorney General’s Race