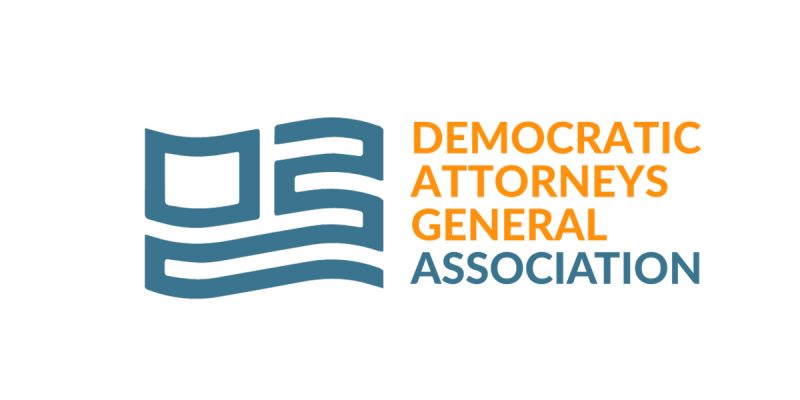 This morning, a press release issued forth from the Washington, DC offices of the Democrat Attorney Generals’ Association making some quite bold claims about the October 12 race for Attorney General in Louisiana…

Today, the Democratic Attorneys General Association (DAGA) released new polling of Louisiana voters, which finds Louisiana voters moving away from Republican incumbent Jeff Landry and towards Democrat Ike Jackson after learning about the candidates and Landry’s participation in the GOP-led lawsuit to strip health care from millions of Americans including 2 million Louisianans with a pre-existing condition. The results show a 33-point swing.

“Landry doesn’t just have a chink in his armor, he’s got a huge political blind spot,” said Sean Rankin, Executive Director of the Democratic Attorneys General Association. “That’s what he deserves when trying to take health care away from nearly 2 million people in his state.”

“Voters want their health care protected, and they drop Landry fast when they learn about his actions,” Rankin added.

Commissioned by DAGA, Clarity Campaign Labs conducted a survey of registered voters in Louisiana from August 22 to August 24, 2019. The survey consisted of live calls to landlines and cell phones. The sample included 933 registered voters and was weighted to reflect a likely 2019 general electorate. A polling memo can be found here.

“Jeff Landry is in trouble and he has taken his position as Attorney General for granted instead of listening to the people of Louisiana,” added Rankin. “This poll shows us that when voters are reminded about what Jeff Landry is doing on issues that matter like health care, they are quick to abandon Landry.”

In July, DAGA launched a six-figure ad buy to highlight Republican Attorneys General like Jeff Landry role in the Republican lawsuit attacking the health care of millions of Americans, including nearly 2 million Louisianans with a pre-existing condition. An additional digital ad-buy will run in Louisiana starting tomorrow. Learn more about that campaign to hold Republican AGs accountable at: www.HealthcareHypocriteAGs.com.

The substance of this push-poll, of course, is quite well understood by most voters who will take to the polls. There was a fairly highly-publicized bill passed in this year’s legislative session which dealt with the pre-existing condition issue, and Landry was one of the key driving forces behind its passage. Our Democrat governor, after spending months back-biting and whingeing about the bill, signed it. He had no choice but to do so, because his veto would have been overridden by the legislature.

And no, there are not two million Louisianans who would have health insurance coverage affected due to pre-existing conditions if and when Obamacare is thrown out as unconstitutional by the courts. That number was shown during debate on the legislation described above to be more like 90,000 people. So that claim is an outright lie.

Which leads us to two questions.

First, buoyed by these quite obviously devastating numbers and the clear impending rejection of the state’s attorney general by the voters, how much of a statewide media buy is the DAGA planning to make on Ike Jackson’s behalf? Because since they’ve now polled Jackson, a certifiable loon who believes that chemical plants are racist because they poison their black neighbors (the vast majority of whom moved to areas where chemical plants were already in operation), ahead of Landry it stands to reason that the DAGA has to capitalize on such a great chance for a pickup. Right?

Because if all the DAGA spends is a few shekels on digital ads rather than coming with a full war chest in the millions of dollars to throw on television behind the wholly-electable Ike Jackson, it’s evidence they’re racist for not supporting a black Democrat candidate for attorney general with a real chance to win based on their own polling.

If they had, they might realize that they’re attempting to trash Landry for the exact same issue the DGA tried to credit John Bel Edwards for fixing. If you’ll remember, the DGA put out a tweet congratulating Edwards on the passage of that bill after he spent months fighting it, and everybody in Louisiana politics, even including the left-leaners at The Advocate and Times-Picayune, hooted them down for the brazen quality of the lie.

Now the DAGA is out there pretending that bill to fix the pre-existing condition problem doesn’t even exist. They’re either too ignorant to know anything about current events in Louisiana or they’re too sloppy to care.

It would be interesting to know, though not quite so interesting that we would do any real research to find out, what moron operative at the DAGA made the decision to push this in Louisiana. This guy Sean Rankin who is the executive director of the DAGA is an old-school political hack they hired a couple of years ago to boost the Democrats’ sad performance in AG races across the country; if this is the kind of work product he’s capable of there will likely be a new political hack running the DAGA soon.

But we sure can’t wait to see those TV ads the DAGA is going to empty its bank account putting up on the air across Louisiana. We love a good political race, and this poll tells us we’ve got one in the Landry-Jackson contest. Right? Anybody?

Interested in more national news? We've got you covered! See More National News
Previous Article SADOW: As Pogo Says, We Have Met The Enemy Of Education In Louisiana
Next Article Just Six Days Remain Before The Hayride’s 2019 @Large Tour Stop In Lake Charles!