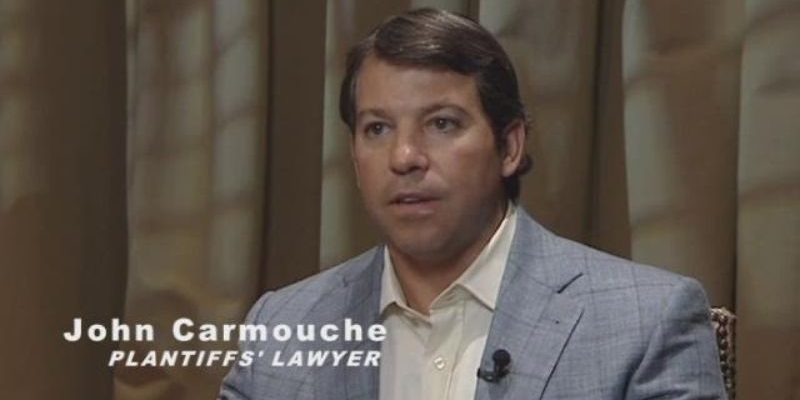 No, we’re not saying that because areas of suburban New Orleans, like Jefferson, St. Bernard, St. Charles, St. John and Plaquemines Parishes, which were all battlegrounds in the 2015 governor’s race, look to be again. There is something else going on this fall which will decide how much further John Bel Edwards’ cabal of plaintiff attorneys can go in their pursuit of plunder against what’s left of the state’s oil and gas industry.

The suburban New Orleans seat on the state Supreme Court had been occupied by Greg Guidry for 10 years after his election in 2018. That seat has come open with Guidry having been appointed to the federal Fifth Circuit Court of Appeals in January of this year. When Guidry left the court, a race broke out between two perfectly good conservative judges – Will Crain of Covington, who serves on the state First Circuit Court of Appeal, and Scott Schlegel, of the 24th Judicial District Court in Jefferson Parish.

Supreme Court District 1 is essentially a suburban New Orleans district. It contains parts of Orleans, Jefferson, St. Tammany, Tangipahoa, St. Helena and Washington parishes. The population base of the district essentially revolves around Jefferson and St. Tammany, which is why the Crain-Schlegel race was seen as a Northshore-vs.-East Bank geographical tilt.

But a third candidate jumped into the race – Tulane professor and Louisiana Fifth Circuit Court of Appeal judge Hans Liljeberg, who entered a little before qualifying.

All three of these guys are Republicans. A Democrat can’t get elected to this Supreme Court seat.

Why is Liljeberg a problem? It isn’t so much that he’s a bad guy, per se. It’s who’s backing him which is scary.

That would be John Carmouche, the plaintiff lawyer who has been the brains behind the coastal lawsuits.

There is a dynamic here which needs to be understood. Initially, the coastal lawsuits Carmouche and the other members of the cabal pushing them were pursued in federal court. So far they’ve gone nowhere in the federal system, as federal judges haven’t found any legal basis for which the coastal parishes might recover damages.

So their next avenue is state court. And toward that end they need the state Supreme Court to be on their side. Which is why Carmouche and his pals are doing everything they can to buy the Supreme Court they want.

The first step in doing that was getting Jeff Hughes elected to the Baton Rouge seat on the court back in 2013. If you’ve been paying attention to the Advocate’s investigative journalism where Hughes is concerned, you can see what a heavy lift that was; Hughes isn’t the terrible guy the paper makes him out to be, but his judicial record was also not the greatest. He ran a campaign about God and guns and, with more than a quarter-million dollars thrown in behind him by a PAC Carmouche financed in the last few days of a crowded jungle primary Hughes made the runoff against a black Democrat he was certain to beat.

Then Carmouche managed to finance a victory in a Supreme Court race in southwest Louisiana, in which Jimmy Genovese narrowly knocked off Marilyn Castle with a similar platform.

That means two of the seven Louisiana Supreme Court seats are now held by justices who were put there by the coastal lawsuit crowd. Carmouche surely also has Chief Justice Bernette Johnson, a black Democrat.

That means the seat Guidry formerly held is now the swing seat for the question whether Louisiana’s courts will allow those coastal lawsuits to go forward.

And if they do, if Liljeberg ends up as Carmouche’s fourth stooge on the seven-member Supreme Court, that’s the effective end of the oil and gas industry in this state and all the jobs it carries. Those oil companies will fight those coastal lawsuits all the way to the end, but if they lose they’ll consider the $5-10 billion they get hit for as an exit payment while they move every single job servicing offshore rigs to Port Arthur and Biloxi.

You can believe that, because it’s absolutely true. The trend is already unmistakable.

Watch that Crain-Schlegel-Liljeberg race, and watch for the ads backing Liljeberg late from Carmouche’s Water Coalition PAC, or from something else called the Louisiana Republican Judiciary PAC which is another front for the same cabal and which has already endorsed Liljeberg. Those are coming, though hopefully this time they won’t catch voters by surprise.