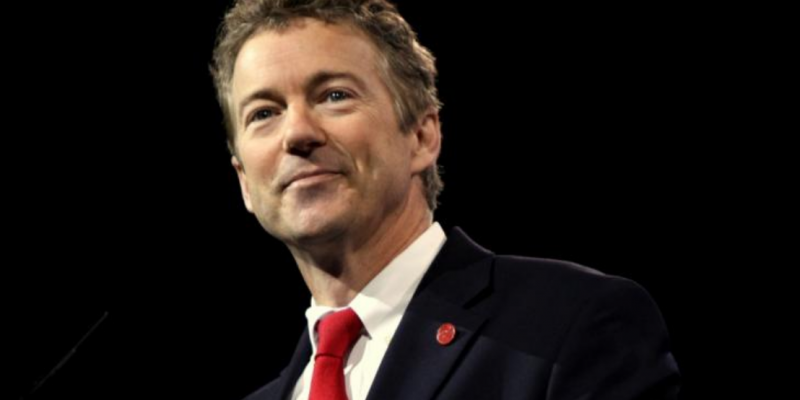 In his Summer 2019 edition of The Waste Report, U.S. Senator Rand Paul details more than $50.2 billion of government spending that he says wasted hard-earned taxpayer money.

Paul, R-Kentucky and chairman of the Federal Spending Oversight and Emergency Management (FSO) Subcommittee for the Homeland Security and Governmental Affairs Committee, argues the ongoing waste of taxpayer money is a national security issue that must end.

Among the items highlighted in the report is $2 million “to increase trust between Tunisian political parties and citizens (State),” in addition to $1.4 billion already sent to Tunisia since 2011.

More than $2 billion has been spent to convert an abandoned mental hospital (St. Elizabeth’s Hospital, an historic landmark) into a Department of Homeland Security headquarters (GSA and DHS).

“Rest assured there will be legislative action taken to ensure this boondoggle does not continue to waste taxpayer dollars,” Paul said.

The report points out that, according to the U.S. State Department, the Pakistani film industry is growing dramatically. If this is the case, Paul asks, “Why do Pakistanis need American tax dollars to further build its capacity? Why are Americans responsible for paying to make Pakistani films better?”

“Simply put,” he answers, “Americans are not responsible, but their State Department is intent on wasting their hard-earned money anyway.”

The report points to the U.S. debt crisis of more than $22 trillion, compounded by a 10-month deficit of $866 billion that is projected to rise to over $1 trillion by the end of the fiscal year.

“As we deal with this crisis and also wrestle with paying for actual priorities, do we really want government funding studies of a non-endangered frog’s mating habits?” Paul asks.

The Government Accountability Office (GAO) has deemed the Medicare program a “High Risk Program,” since 1990, the report notes. Additionally, more than 80 GAO recommendations remain unfulfilled, including 28 recommendations from its 2017 through 2019 High Risk Lists.

“Improper payments fundamentally undermine the effectiveness and stability of federal programs, and Medicare itself is already in a precarious position,” Paul adds, pointing to a CMS prediction that the Medicare Hospital Insurance (HI) trust fund will be entirely depleted by 2026.

Taxpayers also funded $150,000 worth of English and IT skills teaching at Madrassas, and $51,722,107 for Google Scholar searches in Hawaii, according to the report.

“When it comes to wasteful spending, the federal budget is a target rich environment,” Adam Andrzejewski, CEO of OpenTheBooks.com, told The Center Square. “Senator Paul should be commended for doing the hard work of oversight. Identifying examples of waste creates downward pressure on spending, which is exactly what Washington needs.”

OpenTheBooks.com has uncovered billions of dollars of taxpayer money wasted by the U.S. government. Its most recent report found that the U.S. Small Business Administration made more than $24 billion in loans to non-small businesses, the majority of which defaulted.

Interested in more national news? We've got you covered! See More National News
Previous Article SADOW: LDH Puts Out Another Bogus Report Claiming The Benefits Of Medicaid Expansion
Next Article It Sure Was Nice To See One Of The Republican Challengers To JBE Rip The Medicaid Expansion…