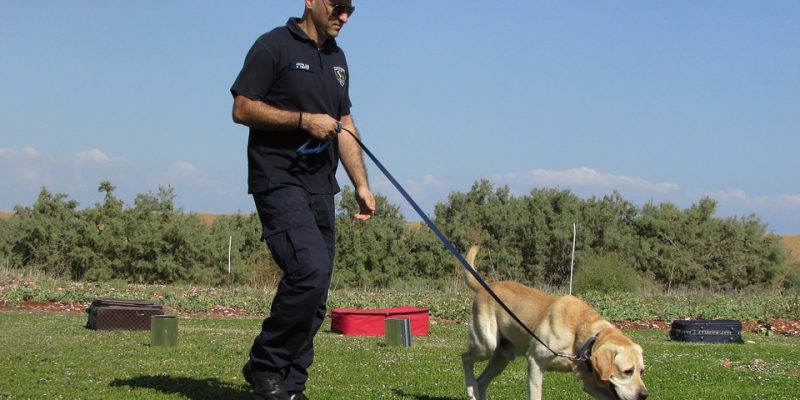 Allowing officers to keep law enforcement dogs
Proposition 10 (S.J.R. 32)
“The constitutional amendment to allow the transfer of a law enforcement animal to a qualified caretaker in certain circumstances.”

Because animals in government service are considered property, law enforcement officers wishing to keep their longtime, retired K-9 companions currently must go through the standard procedures to gain rightful ownership of surplus items. As such, there are fees and significant paperwork to keep track of — as well as the possibility of a bureaucratic hurdle stopping a successful transfer. In a worst-case scenario, the dog could be placed in a public auction, leaving its human partner no choice but to out-bid any potential buyers.

The Texas Legislature (and, we would imagine, most every Texan) wants to change this situation. But it takes a constitutional amendment to allow the legislature that power. So Proposition 10 would “authorize the transfer of a law enforcement animal without charge to a caretaker. Legislation authorized by the amendment would allow the simple transfer of a law enforcement animal, avoiding constitutional and statutory requirements that currently can make the transfer more burdensome,” according to a legislative analysis (see link below).

Due to the complexities of caring for and training police K-9, it is difficult to “re-home” these dogs. Keeping them with their lifelong trainer and partner is in the best interest of the animal. Plus, it makes for good morale for the K-9 officer and within the department.

We cannot foresee any difficulty with this amendment, but if there arise any issues then the next Texas Legislature can tackle it in committee. One question we’ll save for 2021 is why this bill would not apply to other service animals — such as police horses. What about other government-owned animals used in non-law-enforcement capacities? And are there any government mules left?

Below is the analysis from the Texas Legislative Council containing all wags and no bark.

• Law enforcement animals generally live with their handlers while in service. Making it easier for such an animal to retire to the home where it has lived its entire life is in the best interest of the animal.

• No opposition to the proposed constitutional amendment was expressed during legislative consideration of the proposal.

Interested in more news from Texas? We've got you covered! See More Texas News
Previous Article This Election Is The First Real Opportunity For BR Voters To Punish Someone For The COA Debacle
Next Article INCREDIBLE: man hugs and forgives Dallas cop who killed his brother [video]