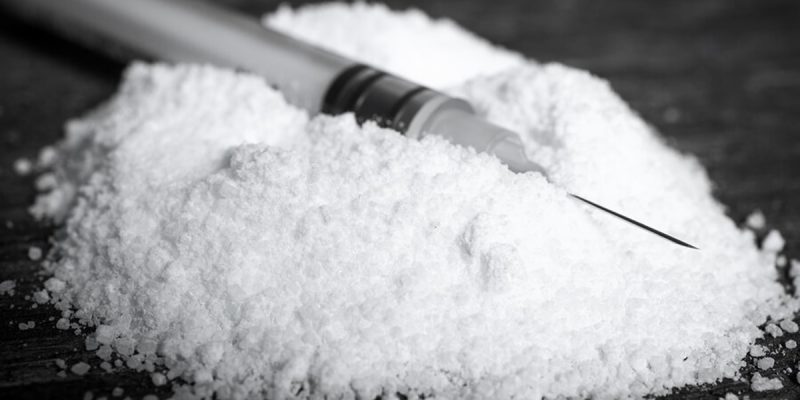 As I get older I find myself perusing the obituary section of the weekly local paper on a regular basis, partly to see which people I may have met along the campaign trail over the years have passed and unfortunately, also, to get a gauge on America’s opioid problem.

You can typically figure out which involve a drug overdose even if the cause of death is omitted (in contrast to those whose courageous and exhausting battle with cancer had come to an end).  All you need to do is look at the picture of the smiling young face in casual clothes and the abbreviated lifespan indicated by the dates.

There was no need to make assumptions in a recent obituary that appeared in the Bogalusa Daily News.

To the family of Shonda Williams I would like to say two words.

Thank you for sharing her tragic life and sad end with the community.

Thank you for describing in heart-wrenching detail precisely what the scourge of drug addiction did to her and to you.

Thank you for providing a warning to not just those who are struggling with drug addition but to their loved ones who are equally wrestling with taking a drastic and unwelcome intervention.

Thank you for saying aloud what perhaps tens of thousands of mothers, fathers, siblings, children, and friends wanted to say to the world but could not bring themselves to state publicly.

Because I had such an opportunity 17 years ago this month to do something similar when a drug overdose claimed the life of my younger brother from a deadly narcotic cocktail.

Scotty was far from the only young person in my community to die from drugs in October 2002 and a reporter contacted me for the article she was writing on the rash of fatal overdoses.

Though I saw merit in discussing Scotty’s death in the newspaper, I simply couldn’t do that to my still grieving mother only weeks after she had buried her youngest son.

You see the worst day in a person’s life isn’t necessarily when something unfortunate happens to you, but when it strikes someone you care about.

Seeing my brother lying on a hospital gurney with a resuscitation tube still taped to his mouth was a disturbing sight.  But the look of unfathomable sorrow on my mother’s face as she pulled up to the hospital the moment she saw me standing there still makes me shudder and immediately wells up my eyes with tears.

As if standing there with my family processing the sudden loss of Scotty wasn’t enough, there was an awful task ahead: informing my frail paternal grandfather that he had lost his troubled grandson.  As I wondered how I could carry that burden to a bed-ridden 81 year old man, absolute dread had replaced total grief.

There are only two days in my 45 years of living that I can recall practically every aspect with precision: August 27, 2005- the day I left the world I knew as Katrina approached Louisiana and October 17, 2002.  The former was a walk in the park compared to that quick drive to the hospital for what I had thought was to check on my brother’s condition after he had been brought in.

The funeral was overwhelming, and for some family members, it was too much and asked if they could leave, a request I could not begrudge nor deny.

I watched many of Scotty’s friends approach his casket to cry their farewells. Many of them had an equally severe drug problem but just so happened to have more “luck”, for lack of a more appropriate word, in reacting to heroin, Xanax bars, and methadone.

One in particular was so overcome that he started screaming at Scotty’s face, not in rage but in grief.

As terrible of a moment that was, a large part of me wishes that scene, which was not just witnessed but felt, could have been documented and shown to those fighting interventions by friends and family so they could fully comprehend that the end does not come with a subtle drifting off into an ether but a living hell for the survivors whose lives are irrevocably incomplete.

In addition to Scotty I lost an uncle to drugs, one of my best friends in middle school to a drug-related suicide, and a college friend to the same end.  One of my earliest friends was caught up in depression fueled by drugs and took his life.  His father, consumed with guilt and grief, would later hang himself in his late son’s bedroom.  Several members of my high school graduating class are no longer alive due to drugs.

As much as it hurts and as embarrassing it might be for those who are concerned with familial reputation and pride, this increasingly opioid-crippled society that has become numb to life and spiritually emaciated must be exposed to Shonda Williams’s sad story and those of countless others so we can fully appreciate the scope and fallout of drug use.

And though the retelling of her troubled life story in the obituary section was unflattering, if it leads to one person breaking free of the web of addiction, then its publication would have served a noble purpose.  And perhaps staved off some other young woman’s obituary by a few decades.