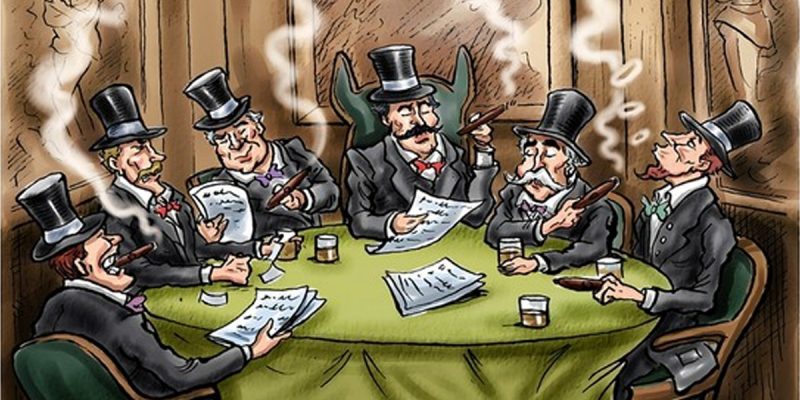 This week’s Suspiciously High-Voltage Manufactured Controversy revolves around the rather odd occurrence in the Senate District 16 race in southern Baton Rouge, where a pair of evenly-matched Republicans, Steve Carter and Franklin Foil, are so far tied – that’s right, tied – with 30 percent of the vote behind a Democrat, Beverly Brooks Thompson at 34 percent. Another seven percent of the vote, or thereabouts, went to a third Republican and a Libertarian candidate who were also in the race.

SD-16 is a Republican district. It was represented by Dan Claitor for the past 12 years, and prior to that it had been Jay Dardenne’s seat. SD-16 helped elect both of Louisiana’s U.S. Senators, John Kennedy and Bill Cassidy, with 66 percent of the vote. Donald Trump won the district in 2016 with 58 percent of the vote.

The voters in SD-16 rejected Beverly Brooks Thompson with 66 percent of the vote going to her primary opponents.

As we said, it’s a Republican district. The prospect of a primary tie for second which allows Thompson the opportunity to slide into a heavily Republican seat with a bare plurality of the vote isn’t just a lost opportunity for the GOP, it’s a violent affront to the will of the voters. It’s a sin against democracy.

So of course there will be people entering into the fray, so long as Foil and Carter are tied, attempting to broker an arrangement in which one of them drops out of the race so that the other can beat Thompson in a rout.

We even proposed such an arrangement. On Monday we suggested that whichever one of them would opt out of the race would then become the standard bearer for the Republican Party in next year’s race for mayor-president in Baton Rouge, because to do so would very possibly, if not likely, produce a quality Republican state senator AND retake the mayorship of Baton Rouge from Sharon Weston Broome, the worst leader the city has ever had.

To attempt to broker a deal by which the people of Baton Rouge and Louisiana might profit from having both Steve Carter and Franklin Foil serving in political office, where their virtues and talents have been established as desirable, is civic spirit personified.

And yet this week it has been trashed.

How has it been trashed? Because Lane Grigsby, the founder of the industrial contracting firm Cajun Industries and a long-time high-dollar contributor to conservative candidates and causes, contacted Claitor about the race with an idea. Grigsby, who supports Carter, told Claitor, who supports Foil, that if Foil were to entertain a withdrawal from the race he would support him heavily should he then opt to run for a judicial position in the future.

Claitor didn’t pass that along. Instead he wailed about it in the media, hinting that such an arrangement would be illegal.

That started the fire. The Baton Rouge Business Report’s Stephanie Riegel, who contacted Grigsby about it, then poured gasoline on the fire by repeating a joking statement he made to her as serious…

“He said, ‘we will support Foil in a judgeship’ if he agrees to step aside,” Claitor says. “He went on to say if Franklin wasn’t successful in a first attempt they would support him in a second one. I don’t know who ‘we’ is but I didn’t ask any probing questions. I listened.”

Reached this afternoon for comment, Grigsby says he was speaking only for himself and was not offering any sort of quid pro quo.

“That was the royal we,” Grigsby says. “I’m a kingmaker. I talk from the throne. But I hadn’t colluded with anybody. It was an effort on my part to resolve a dilemma that is facing the senate district I live in.”

Grigsby was kidding about being a kingmaker, but because Riegel burned him by printing that quote out of context he’s now going to be radioactive.

And he shouldn’t be.

Is Grigsby a kingmaker? Sure. In the sense that he’s very generous with his money in supporting candidates for office, and also very effective in encouraging others to do the same, his political activities can often produce the results he desires. Politics doesn’t get done without folks like Grigsby being involved in campaigns and causes.

And by the way, Lane Grigsby doesn’t own hospitals, he doesn’t build highways, he doesn’t provide IT services. His business doesn’t revolve around government contracts. When he gets involved in political races he’s not chiseling off a piece for himself. He’s contributing to the political process, not taking something away from it. There is a big difference between a Lane Grigsby and somebody like, for example, Lee Mallet, who manages a seat on the LSU Board of Supervisors through both Bobby Jindal’s term and John Bel Edwards’ term by laying money out to both sides, and who gets involved in the Louisiana Insurance Commissioner’s race by putting up those billboards depicting Jim Donelon as a clown because Donelon denied him the ability to skate on worker’s compensation insurance premiums from LWCC (the effect of which was to screw the taxpayer) by bankrupting a business he owned.

But here was Claitor howling about the presentation of a deal in the SD-16 race, and soon after lots of the other usual suspects like John Delgado and Rob Maness took to social media to bray about how terrible it is.

Claitor’s moralizing is in support of Foil, at least. Though by going public with what Grigsby put on the table he’s put his candidate in a bad position. Foil now can’t drop out, because if he does it’ll look like somebody “got to him,” but if he doesn’t drop out and Thompson wins he’ll look like the bullheaded dunce who lost SD-16 for the Republicans by being obstinate.

This is why you keep such conversations private rather than to blab them to the media, and it’s why Dan Claitor ought to be shuffled out of politics for good since he can’t keep his bloody mouth shut.

As for Delgado and Maness, their statements looking down on Grigsby are more sour grapes than anything else. Grigsby never gave Delgado any money during his multiple runs for political office. He did give Maness a check back in 2013 at the beginning of his first U.S. Senate race but not when he ran in 2016 or in the special election for the state House seat when Maness ran unsuccessfully against Mark Wright.

Maness, after all, was the guy who screamed publicly when Paul Dickson, another prominent GOP donor and a supporter of John Fleming’s in the 2016 Senate race, approached him about getting out and supporting Fleming in return for heavy support in a future political run. Had Maness taken Dickson up on that offer, Fleming might well have made the runoff and perhaps could have won. He didn’t, and that was the effective end of Maness’ political career. So yeah – that’s why he’s whining about this.

Was this illegal? The people whining about it ought to be very careful about making such a statement. First of all, the answer is no, it isn’t. Here’s the statute they’re talking about…

La R.S. 18:1461.5 A(4)a: No person shall… “Give or offer to give, directly or indirectly, any money or any thing of apparent present or prospective value to a candidate for public office for the purpose of securing the candidate’s withdrawal from an election.”

What’s being discussed here is things of pecuniary value, not political value. You can’t bribe somebody to withdraw from a race, and you can’t cut them in on a business deal. You also can’t offer to appoint them to some job. Those things would clearly violate the statute in question.

But offering to support somebody for a future run at political office? No, that isn’t illegal. There is nothing of present or prospective value in that. The offeree would have to agree to run, and then the support would only be worth something if they actually had a chance to win the race.

And the people trying to stretch this statute to make a criminal of Lane Grigsby ought to watch out, because going that far would mean they’re going to make the law unconstitutional. You can’t infringe upon a citizen’s First Amendment right to support candidates for political office – the fact you would even think to do that makes you precisely the kind of person who oughtn’t be in political power.

And the voters of Louisiana have, at least occasionally, made precisely that judgement about Grigsby’s critics.

As for Riegel, this ought to be the end of anybody giving her an interview without recording it and having an attorney present or on the line. That hit piece on this little tempest in a teapot looks an awful lot like a Beverly Brooks Thompson campaign commercial, and it’s one more example of how the legacy media goes out of its way to discredit Republicans and set them off against each other.

Which, thanks to the Claitors and Delgados of the world, is easy to do.

Interested in more national news? We've got you covered! See More National News
Previous Article SADOW: The Resistance To St. George Illustrates The Backward Attitude Of Louisiana
Next Article APPEL: Let’s Remember Who Gumbo PAC Is, And What Effect They’ve Had On Us