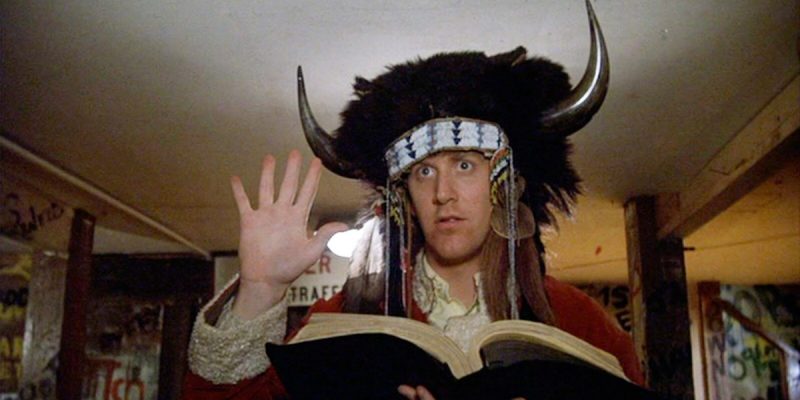 As Louisianans, it’s no secret that low standards are a problem. In fact, those are THE problem for this state. They manifest themselves time and time again. You can see low standards in the desperate condition of the lower-class neighborhoods in our cities and rural areas, where countless people black and white sit listlessly on front stoops collecting from the government dole with no plan or skills to better themselves and their stations. You can see those low standards in the quality of our roads, streets, drainage and other infrastructure. You can see them in the disgustingly high number of F-rated schools too many of our children are forced to attend. In our poorly-performing, stagnant economy. In the brazen political corruption infesting our state and local government. And on, and on.

Those low standards of performance by our leaders and public officials are endemic to this state. Too many of our people have just given up on the idea we can do any better. And that’s a real problem.

Emblematic of the low standards is Louisiana’s governor John Bel Edwards, who is reminiscent of Robert Hoover, the Delta Tau Chi fraternity president in the movie Animal House who’s “hoping that our midterm grades will really help our average!”

And emblematic of Edwards’ never-ending attempts to put a happy face on Louisiana’s bad performance, rather than take responsibility for his own part in the state’s too-common failures and engage in the corrective actions necessary to prevent them, is the current saga of the new terminal at the New Orleans airport and its impending effect on I-10 traffic coming into and leaving the New Orleans area from the west.

We’ve covered this repeatedly, but it’s a real traffic disaster in the making.

Understand that the new terminal at the New Orleans airport is essentially complete after some pretty massive cost overruns and delays. Aesthetically it’s something to be proud of, and isn’t a thorough boondoggle for the $1.2 billion cost in terms of how the place will look. The new terminal is unquestionably Mitch Landrieu’s monument to himself, and in typical Landrieu style the former mayor did a pitiful job of working with the state to coordinate the airport’s construction – something that initially was blamed on partisan differences with Edwards’ predecessor Bobby Jindal.

But John Bel Edwards took office in January of 2016, and the airport construction began shortly thereafter. It was expected that airport would have been finished in 2018, and then that estimate was revised to May of this year. Now the airport is scheduled to open “in the fall,” which you can translate into “as soon as the runoff election is over.” We’ve heard, though, that they’re packing up shops at the old airport terminal and moving merchandise to the new terminal, which is a pretty good indication the new terminal is going to open perhaps a little sooner and might even be open before the election.

Whether that’s true or not, Edwards showed up in Kenner at the groundbreaking of a project he has absolutely, incompetently, dropped the ball on, and is patting himself on the back for what any objective observer not plagued with low standards would consider shockingly poor performance…

Amid continued uncertainty about the opening date for the new terminal at Louis Armstrong International Airport, Gov. John Bel Edwards and other local officials gathered Thursday in Kenner to break ground on the road that will eventually bring travelers to the long-awaited new facility.

The new roadway isn’t expected to be complete for another three years.

“This is a big day for Louisiana and certainly for this region,” Edwards said.

The $1 billion terminal at the airport, under construction for years, and originally scheduled to open in May 2018, has been plagued by delays. The current opening is expected “in the fall,” Airport Director Kevin Dolliole said Thursday, though he refused to give a specific date.

Regardless, the $125.6 million project to expand the nearby Interstate 10-Loyola Drive interchange won’t be completed until the end of 2022, if current schedules hold, officials said Thursday. The project includes the creation of new flyover ramps from I-10 to Loyola and a reconfigured intersection at Veterans Boulevard.

An interim solution — the widening of Loyola Boulevard and improvements to the intersection — is nearly complete. That project, which cost $6.8 million, was started in January 2018.

For three years there won’t be flyover ramps from I-10 to the new airport terminal. The airport has been under construction for three years, and John Bel Edwards, the governor of Louisiana who oversees the Louisiana Department of Transportation and Development, which is in charge of the construction of access roads in and out of the airport, sat on his rear end and did nothing to get those flyover ramps built.

Instead, Edwards went out and spent a piddly $7 million at the last minute to upgrade Loyola Drive as an access road to a major international airport servicing one of the world’s busiest tourist meccas.

When you get off at the Loyola Drive exit, you will have to pass through two stoplights – one at the exit and one at Veterans Highway – before getting to the airport access road.

You will not be able to take I-310 to Airline Highway if you’re coming in from the west, because that will only take you to the parking garage they’ll then use for long-term parking. You can then take a 10-minute bus ride all the way around the airport property to get to the terminal. So a major route of egress and ingress from the interstate to the airport will no longer work.

It will all flow through Loyola Drive. With no flyover ramps.

There are currently flyover ramps to the current airport near the Williams Boulevard exit. And with those flyover ramps, Williams is a major traffic bottleneck on I-10 where traffic stoppages are frequent.

What’s coming when that airport opens will make Williams Boulevard look like a walk in the park. What’s coming will back up traffic from the Clearview exit all the way, perhaps, to LaPlace. Because when people trying to get to that airport are stuck at stoplights at the exit, they will back up onto the interstate. And when they do, the right lane will be a parking lot.

Why do you think the opening of the airport was delayed until “the fall?” To escape the electoral consequences of what’s coming.

And yet this man brazenly descends on Kenner to take credit at the groundbreaking of flyover ramps already three years overdue.

It takes extremely low standards for this to be possible. Louisianans are going to have to raise those standards and hold ineffective, mendacious leaders like John Bel Edwards to task if we are ever going to progress from the doldrums.

Interested in more news from Louisiana? We've got you covered! See More Louisiana News
Previous Article Here’s The LAGOP’s Answer To John Bel’s “Bipartisan” Ad
Next Article Wade Bishop’s Facebook Live Tirade Is A Great Example Of What Not To Do In A Political Campaign