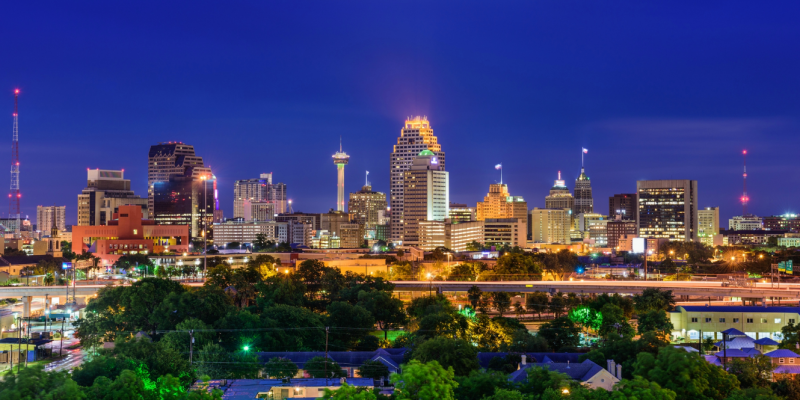 San Antonio residents have until Thursday to provide feedback on the city’s adoption of a Climate Action and Adaptation Plan (CAAP). That’s when the City Council plans to vote on whether to adopt the new restrictive policy.

Despite a poll showing a lack of public support, the city council plans to move ahead with a vote on CAAP, which is estimated to cost the city’s poorest residents an additional $1,000 in electricity costs in the first year alone.

“San Antonio is still a town that struggles with poverty,” Chuck DeVore, vice president of National Initiatives at the Texas Public Policy Foundation (TPPF), said. “We are doing no favors by making energy more costly and less efficient.”

DeVore pointed to the town of Georgetown’s failed renewable effort, whose electrical costs are over budget by $30 million and which has already imposed two rate increases in 2019.

According to a May poll by the TPPF, 78 percent of registered voters surveyed were unaware of the plan. Once they learned they would be forced to give up their current cars in exchange for carbon free ones or public transportation, 60 percent opposed it, with 49 percent strongly opposing it.

Voters rejected an effort to build a light rail in San Antonio twice. Now they are facing a restrictive energy plan that will shut down the downtown area to vehicle traffic, CAAP says.

When asked how much more they would be willing to pay on their electric bills to reduce carbon dioxide emissions, nearly half said “nothing;” 52 percent opposed the plan’s requirement for CPS Energy to procure all electricity from zero-carbon sources by 2050.

“CAAP will needlessly drive up the cost of living at a time when the Alamo City’s poverty rate is one of the worst in the nation,” Jason Isaac, senior manager and Distinguished Fellow of Life: Powered at the TPPF, said at at a Wednesday town hall meeting regarding the plan.

Even if the entire U.S. power sector eliminated carbon dioxide emissions in the next 10 years, the United Nations’ worst-case scenario data models project that global temperatures would decrease by at most 0.04 degrees in 2100, Isaac notes.

“Nothing San Antonio does could have any discernible effect on global temperatures,” he argues, and yet the city council wants to spend billions in tax dollars to force its local municipality to go 100 percent renewable and pressure residents to give up their vehicles and switch to electric vehicles, he said.

Renewable mandates have led to higher costs for consumers in areas where they have been implemented, TPPF research highlights. After Germany’s expansion to solar and wind energy, costs increased by 51 percent, in Denmark by more than 100 percent since 1995 when it began transitioning to wind power. During California’s solar build out, energy costs increased by 24 percent, TPPF notes.

Isaac pointed to San Antonio’s poverty rate, which is just above Detroit’s, as the second most impoverished Metropolitan Statistical Area by population in the U.S.

The bottom half of the poorest people in San Antonio – 129,000 people – already pay 29 percent of their household income on electricity and gas, which Isaac said “is appalling.”

In Texas, 8 million people do not have access to choose which energy providers they want to purchase their utilities from. Residents in San Antonio and Austin are among them.

With large electric grids being shut down throughout California, DeVore, a former California state legislator, said Texans do not want to become like the state its new residents are fleeing from.

“Don’t California my Texas,” he said, pointing to the state’s homelessness and energy crisis, and polls of residents seriously considering leaving the state “because they are fed up with being told how to live their lives down to the smallest detail.”