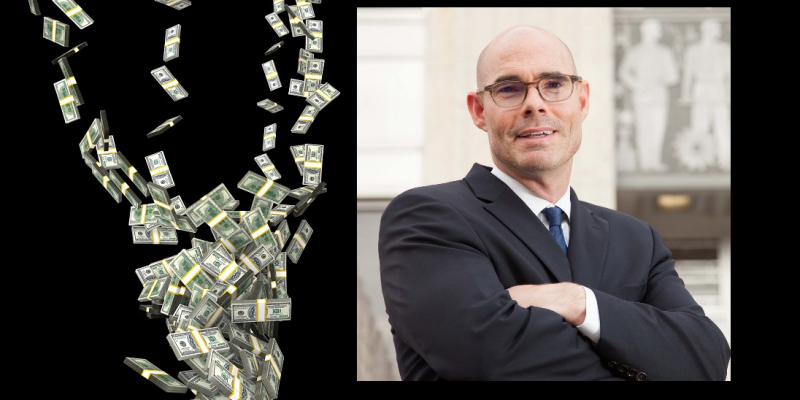 Empower Texan’s CEO Michael Quinn Sullivan on Tuesday published a recording of a June 12 meeting he had with House Speaker Dennis Bonnen and former Republican Caucus Chairman Dustin Burrows in which Sullivan was asked to target members of the House in exchange for receiving media credentials.

“When House Speaker Dennis Bonnen invited me to his office, I didn’t know he would immerse me in a quid pro quo scandal that threatens to ‘destroy’ (in the words of Texas’ lieutenant governor) the Republican Party in Texas,” Sullivan writes in commentary accompanying the recording. “I was suspicious of Bonnen’s actions during his several months as speaker; so much so that I decided as CEO of Empower Texans to protect myself, my family, my organization, and staff by recording the meeting.”

The recording, Sullivan says, is a full, uncensored and un-redacted 64 minutes of audio from the June 12 meeting available on Texas Scorecard’s website and on Soundcloud.

The quid pro quo Sullivan has been alleging is highlighted in one YouTube clip in which Bonnen said, “And let me tell you what I’ll do for you – real quick, you need to hear what I want to do for you.”

“I don’t need anything,” Sullivan replied.

Bonnen insisted: “Well, no, you do. You do. We can make this work. I’ll put your guys on the floor next session.”

Another clip highlights Bonnen mentioning a list of legislators to target, including by name, Travis Clardy, of Nacogdoches, and Phil Stephenson of Fort Bend, Jackson County.

“You don’t get to control these people,” Sullivan said.

Bonnen replied, “I’m not. But guess what? He can.” Bonnen adds, “I’m that much closer to passing taxpayer funded lobbying.”

The “he” Bonnen appears to be referring to is Burrows, who two months earlier pushed through a rule prohibiting Republicans from opposing other Republican incumbents. Burrows then listed Republicans he wanted Sullivan’s group to target.

“Between you and I, he has some folks – because the Speaker of the House shouldn’t tell you some folks to go pop, but he has some folks if you want to go pop, they’re going to have to go find their own money,” Bonnen said, according to the recording. “I may give them a pittance here and there but I ain’t going to Joe Straus (unintelligible). If Phil Stephenson is finding himself needing help in a primary, he’s not getting $150,000 out of me.”

“What does that mean?” Sullivan asked.

“Think about that for a minute,” Bonnen replied. “They’re left to find their own funding. They’re in a pretty tough spot.”

Bonnen also said, according to the recording: “Let’s go after these Republicans – and I’m not kidding – when it comes to 2020 if we’re successful and we gain maybe one or two or three Republican seats, we beat some of these liberal pieces of sh–, and maybe flip a couple of these primaries, better R’s [Republicans], kick my ass if we’re not doing a better job.”

“Under the circumstances they set up, if I did what we wanted to do – oppose some or all of the incumbents they listed – Bonnen could later deny media credentials and claim I tried to bribe him,” Sullivan explained. “In that case, it would have been his word against mine and, worse, he would have been able to count on his “witness” to testify against me.

“My only choice – the only choice for anyone who is offered a bribe or framed by calculating liars – was to expose their schemes and abuses. Silence would be assent,” he added.

Both Bonnen and Burrows were contacted by The Center Square to comment on the recording. As of publication, neither replied.