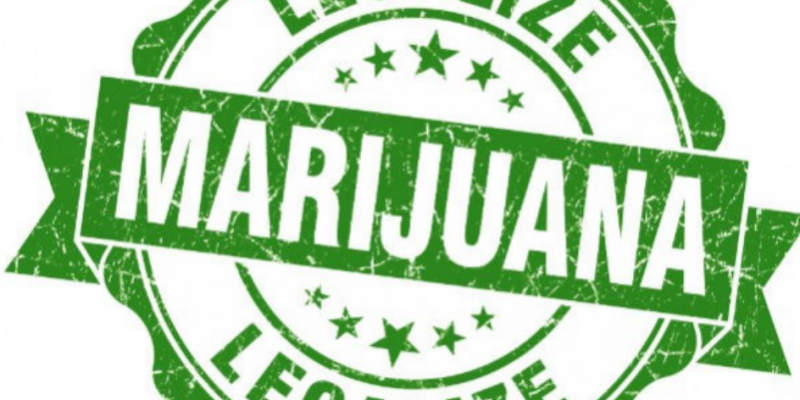 Rep. Rolando Gutierrez, D-San Antonio, says one constructive way to fund an anticipated state education budget shortfall in 2021 is to legalize and tax the recreational use of marijuana.

Despite record funding authorized this past session for education, Gutierrez says a major education shortfall in 2021 is expected after the new bill limiting property tax increases goes into effect next year.

He says his proposal, the REAL Cannabis Legislation Act, has received support from legislators ahead of the 2021 Legislative Session.

“Next session we need to find money to fund the education bill that we just passed,” Gutierrez tweeted Thursday. “I’m offering a REAL solution that doesn’t include raising your property taxes. It’s time we join the 33 states that have legalized #marijuana for medical/adult use.”

His bill would allow 21 year-old adults and older to purchase marijuana from licensed retailers. Recreational use would be covered under a three-tier system of manufacturer, retailer and consumer, similar to how liquor is regulated in the state.

“Manufacture, distribute, and retail it appropriately so we can tax appropriately,” Gutierrez said is the goal of the legislation.

Only cannabis products grown in Texas could be sold in Texas, leading to a new market for cannabis farmers. The bill also legalizes individuals growing no more than 12 marijuana plants in their homes for personal consumption.

“Every state that has done this has seen a reduction in opioid deaths,” Gutierrez said. “A reduction in teenage usage. We allow cities to regulate the delivery method, things like guaranteeing that people can’t smoke outside, but they can smoke in their own home all they want.”

Tax revenue from the sale of marijuana would fund local law enforcement efforts and the state school fund.

From the new potential revenue, $200 million would be allocated for security resources for counties within 50 miles of the border, and $250 million for larger city and county police departments to combat drug-related cartel activity. It would also extend the crime of DWI to “operating a motor vehicle while under the influence of cannabis.”

The proposal would allow private property owners to “prohibit or restrict the possession, consumption, cultivation, distribution, processing, sale, or display of cannabis or cannabis products.” It also would require landlords to allow tenants to consume marijuana in accordance with the law.

Lt. Gov. Dan Patrick, who presides as president of the state Senate, has said that any bills to legalize marijuana are “dead on arrival.”

Rep. Joe Moody, D-El Paso, has tried in multiple legislative sessions to change the law lessening the fines and jail sentences for individuals possessing an ounce or less of marijuana. His bills have made no progress since companion bills are required in the Senate, and none have made it far enough to be introduced.

Currently, possession of less than one ounce is punishable by up to 180 days in jail and up to $2,000 in fines.

In April, during his last attempt, Moody said it’s been 45 years since lawmakers have eased state marijuana laws.

In 2017, more than 60,000 people were arrested for marijuana possession, according to the Texas Department of Public Safety, which accounted for more than half of the drug possession arrests in the state.

In 2017, newly elected Harris County District Attorney Kim Ogg announced that her office would no longer arrest or prosecute most marijuana possession cases.

Houston residents possessing less than four ounces of marijuana are no longer arrested, ticketed, or required to appear in court if they agree to take a four-hour drug-education class.

Her policy continues to receive praise from Democrats and criticism from Republicans.

“Unlike Harris County, Montgomery County will not become a sanctuary for dope smokers. I swore an oath to follow the law – all the laws, as written by the Texas Legislature. I don’t get to pick and choose which laws I enforce,” Ligon, who opposes legalizing marijuana, said.

Lt. Patrick said law enforcement does not have the discretion to choose which laws to enforce and ignore and marijuana possession is still illegal in Texas.

To date, 10 states have legalized the recreational use of marijuana in limited amounts under varying guidelines. Texas is unlikely to become the 11th as long as Republicans who oppose legalizing marijuana control the state Senate and governorship.