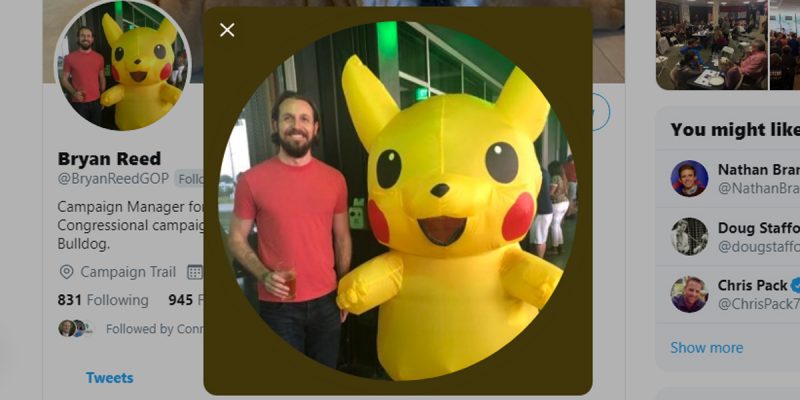 Let me make something absolutely clear. The Hayride’s editorial position is that we have not endorsed a candidate in the Louisiana gubernatorial race.

I myself have been quite critical of Rispone’s campaign, as it’s my opinion that given the resources Rispone has poured into that campaign it has underachieved in this race, and demonstrably so. When Rispone chose not just to attack Abraham, breaking a pledge not to do so and alienating a significant number of Republican voters in the state, but to do so in a fashion which echoed and regurgitated attacks previously aired by the trial lawyer-funded Democrat liars at Gumbo PAC, I posted a very pointed criticism not at Rispone, per se, but at his campaign staffers for putting him up to those attacks.

And while it is arguably true, given that there are more public polls now showing Rispone in second place than Abraham, that those attacks had a positive effect on the race from Rispone’s standpoint, the fundamental reason why they were a bad idea remains – which is that many of Abraham’s voters, whom Rispone will desperately need if he’s in the runoff, are so put off by the fratricide that they’re openly swearing they won’t vote for Rispone. They hate John Bel Edwards with the heat of a thousand suns, but they’re talking about staying home.

You don’t beat an incumbent with your base voters staying home. Rispone’s camp has to be on their knees come Sunday morning if they make the runoff Saturday night begging those Abraham voters to come aboard.

So Tuesday afternoon, Bill Skelly, who is Abraham’s senior advisor, puts out a poll he commissioned which has the race at Edwards 46, Abraham 23 and Rispone 20. Whether those are legitimate numbers or not we can’t really say and frankly, at this point we’ve given up on polling in this race. As we’ve written repeatedly, our impression is that conservative voters no longer answer phone calls by pollsters and therefore it’s increasingly impossible to get accurate polling of pretty much anything.

And we reiterated that point Tuesday afternoon when an Emerson Polling survey came out putting Edwards at 48 (he was actually at 46 but the poll assigned him two extra points from the undecideds), Rispone at 24 and Abraham at 19. Our major problem with the poll was that it significantly oversampled black voters and undersampled Republicans, and thus overinflated, we think, Edwards’ numbers. We had no problem with Rispone being in second place in the poll. There are other polls with Rispone in second. He might well be in second. People we trust who are following the race say it’s very much nip and tuck between the two, so if Rispone is in second in a poll that poll could well be right.

And as we’ve said all along, if Eddie Rispone ends up as the Republican candidate in the runoff we have no problem with him as the party’s standard bearer.

As said above, The Hayride has not taken an official position backing one of the Republicans over another. We have tried to call balls and strikes in the race without making a judgement as to which one of the two would be a better governor. Objectively, in our view, Abraham’s messaging has been better. His fundraising has been insufficient to the task of hanging with the war chests of Edwards and Rispone, and that has hamstrung his ability to translate that messaging into electoral performance – at least as measured by these polls we don’t trust. Abraham’s performances in the first two debates didn’t help his cause much, either. But our purpose in covering this race has been to provide our best call as to what the players are doing, and how well. We stand by the results to date.

With all of that said, when we had our post about the Emerson Polling survey right after Skelly’s poll came out, Anthony Ramirez, who is the communications director for Rispone’s campaign, put out a tweet trolling Skelly with the Emerson numbers and using our link…

That set off a Twitter discussion between Rispone’s camp and Abraham’s camp in which the two began sniping at each other, in the kind of way that would cause most of the rest of us to turn up our nose and wish they’d shut up and direct their fire against Edwards.

But then Ramirez’ boss Bryan Reed, the Illinois native who serves as the campaign manager for Rispone, popped this out…

Poor Scott McKay. He's clearly having a meltdown because @EddieRispone is in second place #lagov https://t.co/4QmQ4NPsD4

This isn’t a question of hurt feelings. We don’t care enough about what Bryan Reed, who we don’t know and who we’re pretty sure will be long gone from Louisiana when this race is over, has to say to be affected by it.

What’s offensive about this is the abject stupidity involved here.

And not just because somebody who’s the campaign manager for someone spending $10 million on a statewide race has a picture of himself with a Pokemon character as his profile picture on Twitter when he’s commenting on the Louisiana governor’s race, though that in and of itself is substandard.

What is Rispone’s number one problem in this race assuming he makes the runoff? That would be building support among people willing to vote Republican but not convinced he’s the right guy to provide an upgrade in the governor’s mansion from Edwards. Which we believe he will. But given that Rispone has to date been considerably better than the campaign around him, that job is harder than it should be.

So, what? You continue making the job more difficult by talking trash to people you’ll want to make allies of for the runoff?

Our critique of Rispone has been that his people are out of touch, tone deaf and underachieving. Now we can add unprofessional to the mix, as in criticism of the performance of his campaign team now translates to a “meltdown” when a couple of polls show Rispone in second place some 20 points behind Edwards. The admonition of Harvey Keitel’s Pulp Fiction character Winston Wolf about premature celebrations seems appropriate here.

It’s fair to say this is not what a winning campaign looks like. Rispone the candidate is capable of winning this race. We think it might be a good idea for him to surround himself with better talent if he does make the runoff. It would be a damned shame if poor messaging and unprofessional staff on his part subjected the people of Louisiana to four more years of the nation’s worst governor.

Interested in more national news? We've got you covered! See More National News
Previous Article At This Point You’re Excused From Having To Believe Any Polling On The LAGOV Race…
Next Article SADOW: Early Voting Returns Show Blacks Are Unenthusiastic About Rehiring Edwards