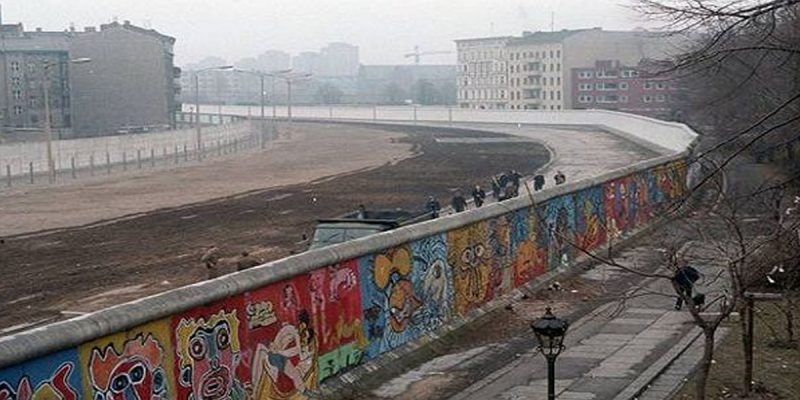 Devastating, that’s the only word that can describe the treatment handed to Louisiana from the Opinion page of the Wall Street Journal. In a column written by their editorial staff Friday, Louisiana’s dirty linen was aired for all Americans to see. In our Louisiana we already knew the story, we have an economic climate that is so anti-growth that we rank last in most socio-economic measures of success. We have a governor who is the king of anti-growth political policies and the champion of the scourge of trial lawyers. We knew all that, but devastatingly, now tens of thousands of business leaders know it too.

The Wall Street offered something else, it offered a view of what we could be. What am I talking about? Another main theme of the paper was the 30th anniversary of the fall of the Berlin Wall, the symbolic end of oppressive regimes all over Europe. But how does that relate to Louisiana?

The people of Central Europe were highly educated, hard working folks but they were subjected to a political system that crushed personal freedom and the opportunities offered by free market capitalism. No one was attracted to Central Europe; history tells that tens of thousands fled the poverty that had overtaken their homelands to seek freedom and opportunity in the glittering West. Western citizens were exactly the same people as those fleeing. They were the same except that in the West their socio-economic policies had nurtured freedom and economic growth. The West exploded with prosperity even as the East declined.

But then on that night thirty years ago, the people of the East had had enough. In one peaceful swell, they toppled the Wall, the symbolic rejection of everything many had ever known.

I know, I know, Louisiana is not East Germany, we are a free people, we can chose our destiny. But the end of the Berlin Wall, that magnificent metaphor for freedom and the human spirit, does apply to us. You see we in Louisiana have been surrounded by our own invisible Wall. We have allowed the political class to use fear and jealousy to surround us with a wall that prevents us from joining what has been called the New South, a designation that highlighted the growth and prosperity that exploded in the South over the last few decades, growth and prosperity that has to a great extent passed us by.

The Louisiana Wall is fixed in our psyche; unlike the East Germans who could see in stark contrast the opportunities just over the Wall in the West, we are only slowly starting to realize what we have let pass us by. Our overt dependency upon oil-fueled government largesse at the expense of others has sheltered us for a hundred years. But America, not unlike the prosperity that existed in West Germany, is leaving us behind. As we stumble along with virtually stagnant socio-economic metrics, we watch our sister southern states explode in growth. Just as East Germans, we remained trapped in poverty and failure, even as our neighbors bloom with growth and opportunity that attracts our best and brightest.

Yes, there is a valuable lesson for us in what an explosion of personal freedom will deliver. If one travels to Berlin today all one will see is prosperity that was once restricted to the West, you cannot even tell who was once a desperate citizen trapped behind the wall. All Germans now enjoy the fruits of freedom and capitalism. That same brave new world beckons to Louisianans if we chose to join that New South.

But in order to achieve anything approaching the German Miracle our people will have to rise up, rejecting our version of the political oppression that has kept us pent up behind our Wall. Unlike the East Germans, under our system of government the opportunity to throw off our self-imposed shackles occurs periodically, every four years. Next Saturday is the next such window.

If our people, like the East Germans of thirty years ago, have finally had enough of being trapped behind our own Wall, we will rise up and elect new leadership that will free us of all that has held us back. We will reject all that we have been told is good for us, all that obviously protects the political class at the expense of the us.

And maybe, just maybe, thirty years hence the Wall Street Journal will write an editorial proclaiming the night that the Louisiana Miracle was proclaimed by a free people rejecting their past through an election in 2019.

Interested in more news from Louisiana? We've got you covered! See More Louisiana News
Previous Article VETERANS DAY: LSU’s Hard-Fought Victory over Alabama is an American Story
Next Article TIGERS & TROJANS: An Unlikely Intersection Between Rivals that Never Were