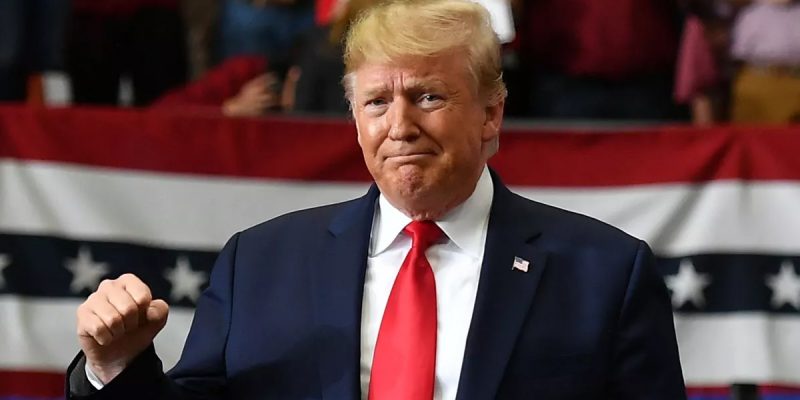 Let me lead off this column by recognizing Eddie Rispone for not just offering himself as a candidate but for making substantial personal investments into his bid, a financial infusion that was necessary to be competitive against a sitting governor.

As none of the state’s prominent Republican officials opted to run, Rispone and US Congressman Ralph Abraham both stepped up to the plate to mount a difficult challenge.

Only eight years ago the Democrats were faced with a similar dilemma when not a single state official had the gumption to run against Governor Bobby Jindal.

Seriously, can anyone name two or even one of Jindal”s opponents from 2011?

Though both Rispone and Abraham were unsuccessful, they offered the voters of the state a real choice. And that’s not something that should be casually dismissed.

On to the subject of President Donald Trump’s participation in the governor’s race, or rather before that.

As of July, the Louisiana GOP did not believe the president was going to get involved.

Firstly, the polls indicated that Democratic Governor John Bel Edwards was cruising towards a primary win.

Secondly, neither of the Republicans running had demonstrated a capacity to force a runoff even when stacking up their candidacies.

And thirdly and perhaps most importantly, Governor Edwards went through great lengths to avoid baiting the president.

Edwards was cognizant of Trump’s popularity in the state and the national Democratic Party’s low standing in a red Louisiana. This would pay big dividends by essentially delaying the president’s involvement and stalling a public social media offensive from the White House.

Even as Rispone and Abraham’s campaigns were finally turning on their lights many months after Governor Edwards had launched a high dollar electronic media buy, the chances of there even being a runoff stood at around 33%.

And it was doubtful that the president was going to risk political capital here when you had a Republican incumbent governor in Kentucky on the ropes.

This was in great contrast to the Republican downballot candidates who would end up running hundreds of thousands of votes ahead of Governor Matt Bevin.

In fact the first indication of the president’s interest in the Louisiana election didn’t manifest until late September, two weeks before the primary, when his sons Eric and Don Jr. sniped at Governor Edwards on Twitter.

The weekend before the primary Vice-President Mike Pence arrived in Kenner to address a hastily planned rally for both Rispone and Abraham in a bid to generate enthusiasm for the Republican candidates and to head off a schism in the runoff, which was still far from a sure thing.

Not until President Trump arrived in Lake Charles did a runoff seemed probable.

With the Civic Center at capacity long before the president took the stage and thousands watching the event outside on a big screen President Trump effectively sent the Louisiana governor’s race into extra innings at the conclusion of his speech.

Instead of claiming a second term on the evening of October 12th, Governor Edwards finished the primary with a disappointing 47% and faced the reality of an engaged President Trump in a tough runoff to earn that critical 3% that eluded him.

No Trump, no runoff. Period.

To deny this is to deny reality.

Abraham ran a woefully underfunded campaign on a budget better suited for a race for lieutenant governor than the state’s top office while Rispone’s campaign was “challenged” in terms of its messaging. Together they were incapable of stopping Governor Edwards and it took an election-eve visit from the president to ice a second round.

As for the runoff the president made an appearance in Monroe, the heart of Congressman Abraham’s political base, to smooth over hurt feelings from the primary.

Governor Edwards’s campaign had attempted to exploit the rift from Rispone’s carpetbombing of Abraham and to a large degree Trump checked it.  The GOP base united relatively quickly, which was important as the grassroots-oriented Abraham had enjoyed support from most of the party’s activists.

It was assumed that the president would make one more appearance in the state, though the big question was where.

And here was where the wheels flew off and the critical mistake was made.

A presidential visit morphed into a prestige objective more equivalent to landing a World’s Fair than a politically strategic decision.

The Republicans had clearly underperformed in southeast Louisiana, especially in Baton Rouge but more shockingly in Jefferson Parish, which to use a now-dated reference, was the Orange County of Louisiana- a large Republican leaning suburb that absorbed the big hit Republicans took in heavily Democratic New Orleans.

In modern times, no Republican has ever won a statewide election without carrying Jefferson Parish. That the Democratic Governor had scored a majority in Jefferson Parish led some analysts to declare that Governor Edwards would seal up re-election in the first round.

Governor Edwards’ 53% in Jefferson Parish should’ve been like a Bat Signal indicating where the president was needed.

Instead the president made a second trip to north Louisiana (Shreveport/Bossier City) a mere one hundred miles straight west on I-20 from Monroe.  Never mind the fact that you probably had many of the same folks at both rallies.

The decision was perplexing, even more so when the following reasons were offered: the president had not yet been to northwest Louisiana and there was a worry that a presidential appearance in the 504 area code would further motivate Democratic turnout in Orleans Parish.

Or to phrase it another way 1) it was Shreveport’s turn to host the president and 2) an ill-defined candidate running from behind was going to execute a prevent defense, more concerned about the other team scoring than putting points on the board himself (Edwards led Rispone by 20 points in the primary).

It wasn’t the president’s presence that doomed Rispone’s gubernatorial but rather Trump’s presence in the wrong part of Louisiana that was a misuse of a tremendous political asset.

And as it turned out, Orleans Parish voted big for the governor anyway.

President Trump boldly put his political capital on the line, something other presidents would be reluctant to do to rescue a campaign that was never really able to stand on its on two feet.

Trump practically carried the Louisiana gubernatorial election on his back for the past month and a half, single-handedly forcing a runoff and placing a candidate on third base.

The forever Never Trump GOP crowd, Washington press, and national Democrats have feverishly tried to twist the Louisiana gubernatorial election results into a convenient yet fake narrative to undermine the president but do so in the face of reality.

President Trump personally made competitive a governor’s race that had been skipped over by much stronger candidates than Rispone and Abraham.

Interested in more national news? We've got you covered! See More National News
Previous Article SADOW: Results Reconfirm Louisiana As A Banana Republic
Next Article Calls For Special Session Are Getting Louder; But Are They Enough?