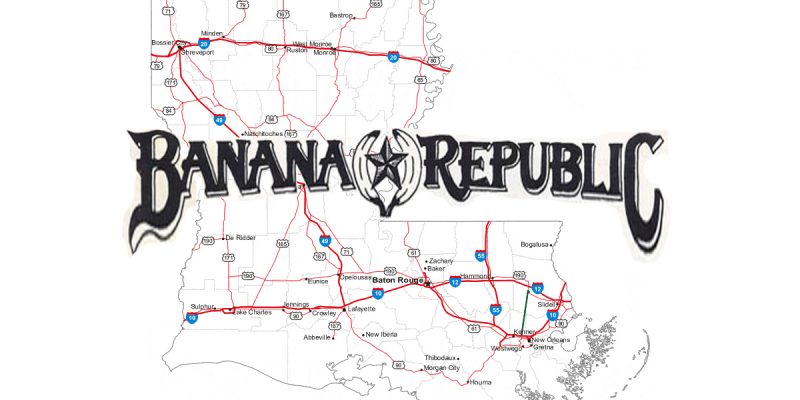 Yesterday, Louisiana proved it’s not yet ready for primetime because, as the state’s junior senator suggested, too many Louisianans are happy with crappy.

Runoffs for 2019 state elections could have resulted in a different story. At their conclusion, had several things happened the erosion of living standards and opportunity for the majority that begun under Democrat Gov. John Bel Edwards could have commenced. Tax relief, putting government on a small diet, more efficient use of funds, increased personal responsibility from those receiving government largesse, fiscal reform that rewards initiative rather than encouraging dependency and rent-seeking, and tort reform would have followed had conservative Republicans hit the perfecta.

They almost got it. The Board of Elementary and Secondary Education will continue to implement education reform based upon accountability and choice as intended under reforms instituted by GOP former Gov. Bobby Jindal, with the election of Republican Ronnie Morris to District 6 that will give that bloc a healthy majority. The Louisiana Supreme Court will retain a majority open to curtailing tort overreach and jackpot justice with the election of Republican Will Crain to District 1.

The Senate will end up with a two-thirds majority of Republicans plus one, with term limits disgorging several big government-friendly moderates in favor of voters choosing mostly more conservative newcomers and ejecting moderate GOP state Sen. Ryan Gatti. But the other two related things that could have kickstarted recovery didn’t happen.

First, despite his record Edwards narrowly won reelection, setting the stage for him to become Governor Nyet for the next four years. There is nothing about his agenda such as more spending, raising the minimum wage, reversing education reforms, and squeezing more money out of business and the more productive portion of the citizenry that he can enact. But he can use his veto power to stop all of the above conservative reforms to turn the state around.

The Republican Senate supermajority might have acted as a potential antidote to that, although some on the GOP side, such as state Sens. Rick Ward and Fred Mills and incoming state Sens. Patrick Connick and Rogers Pope, are shaky on some issues which might have made the Senate unable to accomplish the game-changing veto overrides the state’s conservative majority will want. But any real hope of veto-proof chambers went out the window when the GOP couldn’t run the table on the House, leaving it three short.

So, chances are on the big issues that Edwards will continually stymie conservatives. The best they will be able to do is, assuming no tax relief, to adopt the 98 percent solution and shunt the excess dollars collected towards the Budget Stabilization Fund and paying down unfunded accrued liability pension debt. But trial lawyers will continue to enrich themselves at the people’s expense without tort reform, the fiscal system will continue to reward certain special interests, and Medicaid expansion will continue wastefully without any changes to increase client responsibility and forestall its fiscal hemorrhaging (at least until the federal judiciary overturns the whole thing).

Most discouragingly, the results signal to the class of citizenry the most vital to the state’s economic health that they are unwanted. Four more years of resistance to needed change that continues excess taxation, higher costs to doing business, and perceived greater threats of government shakedowns will cause the most productive element to leave the state.

It’s hard to blame them, as they want to get on with their lives and dreams and don’t want to wait. They’ll leave their jobs (which had a habit of disappearing during Edwards’ term) and take their drive and initiative elsewhere. Unfortunately, they’ll also dilute support for reforms by their departure, making Louisiana even more closely resemble the relationship Mexico and Central America have had with the U.S. – exporting people tired of lousy governance that prevents them from exercising their significantly greater talents and motivations to achieve than that of those who stay behind. America disproportionately gets their best while they disproportionately keep their least who then perpetuate the elites and their policies that chase away significant portions of their populations.

In the final analysis, the reelection of Edwards means Louisiana stubbornly refuses to evolve as much of the rest of the country leaves it further behind, for now. The old joke about its being a banana republic thusly is reaffirmed.