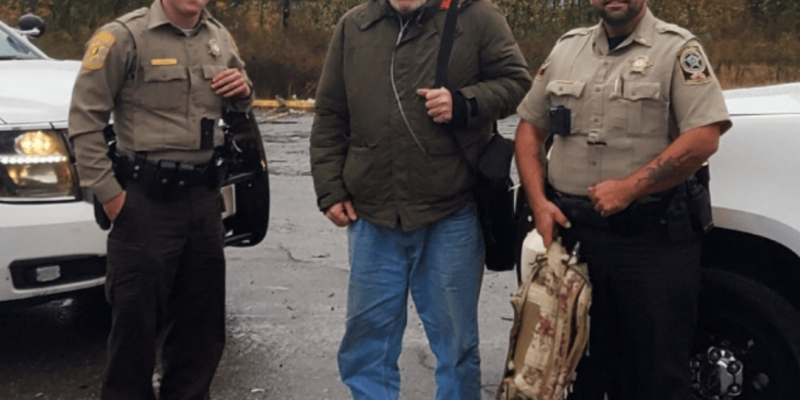 Law enforcement officers from four counties came together a few days before Veteran’s Day to help a disabled veteran get to his doctor’s appointment.

It all began in Jasper, Alabama, where a Walker County Sheriff’s Deputy saw a man using an oxygen mask walking down the street. The officer pulled over and asked if he needed help, then learned that the man was a disabled Gulf War veteran who said he had to make a doctor’s appointment in Huntsville– 90 miles away. He said had didn’t have any options other than to walk or hitchhike.

Deputies brought him as far as the county line, passing him off to the next deputy to transport him the next leg of the trip.

The Morgan County Sheriff’s Office posted about the incident to its Facebook page, and the story has so far received more than 166,000 shares and 229,000 reactions, and 41,000 comments.

On Wednesday in Alabama, a Walker County Sheriff's Office Deputy came across a man walking down the road with an oxygen…

The Gulf War was waged between August 2, 1990 and February 28, 1991, codenamed Operation Desert Shield. It was reportedly waged to defend Saudi Arabia and Kuwait against Iraq. The U.S.-led campaign of coalition forces from 35 countries responded to Iraq’s invasion and annexation of Kuwait over oil pricing and production disputes.

One of the most controversial aspects of the war was the illness military personnel came back with, known as Gulf War syndrome or Gulf War illness. The common symptoms reported included chronic fatigue, fibromyalgia, and gastrointestinal disorder, and possibly related birth defects of children who parent/parent served at the time. Researchers found that infants born to male veterans of the 1991 war had higher rates of two types of heart valve defects.

A 1994 U.S. Senate Committee on Banking, Housing, and Urban Affairs report, “U.S. Chemical and Biological Warfare-Related Dual Use Exports to Iraq and their Possible Impact on the Health Consequences of the Gulf War,” suggested biological warfare was a cause of the illness. Called the Riegle Report, it summarized testimony about the weaponry the U.S. had supplied Saddam Hussein with in the 1980s, specifically chemical and biological warfare technology. Hussein used chemical weapons against Iran and the Kurds, and possibly against U.S. soldiers as well, they concluded.