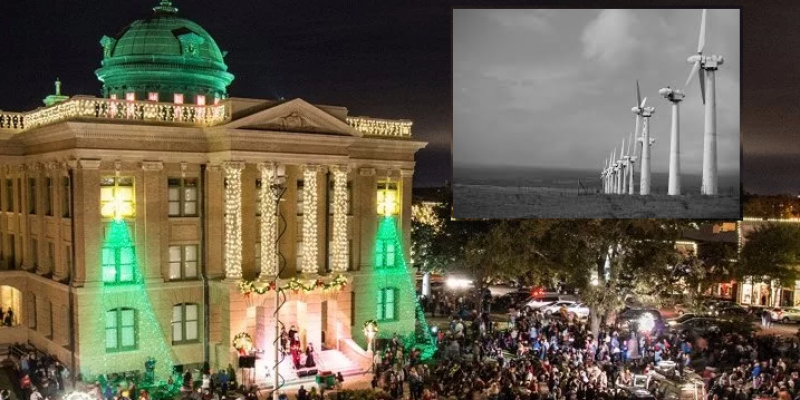 In Texas they call it a boondoggle.

Georgetown, Texas, hoped to become the new poster child of the green energy movement. Their failure has drawn national coverage.

It’s all the rage lately for cities, even in red Texas: to offset coal-fed electricity with utilities that draw from wind, geothermal, and solar plants.

Even former Vice President Al Gore congratulated Georgetown’s Mayor Dale Ross on his “visionary” leadership, which was in turn celebrated by left-leaning media.

The problem is that we’re not there, yet. Renewable energy, while beneficial on the small scale, still has yet to debut as a larger-platform solution. But with all that celebrity attention, media buzz, and money (in Georgetown’s case, a grant from Bloomberg Philanthropies, a related contract of which has since been canceled), the temptation to cash-in off the craze is a real one, leaving bill-payers on the hook.

Georgetown is situated just north of Austin, where taxpayers have been paying $54 million per year on a “biomass” plant that produces no energy, plus the initial $128 million to build it with a 20-year contract. Maybe there’s something in the water.

But Georgetown has multi-million-dollar green-guilt problems of its own, even though it could brag on achieving its (arguable) “100% renewable” status. According to an industry publication, the city contracts for more electricity than its municipal utility needs to serve customers, which has led to a surplus problem. Add this to another woe: the city is locked in to prices that are now well-above market levels, as Texas’s oil and gas boom continues to drive consumer prices down for energy.

The city-owned electric utility is now facing a $7 million shortfall. This led to the Georgetown City Council voting unanimously to get out of the deal with Bloomberg Philanthropies that included quite a bit of public relations and media exposure.

Supporters of green energy alternatives for cities are eternally optimistic and point to the surplus as proof that alternative sources are becoming more viable.

Critics, such as the Texas Public Policy Foundation (TPPF), point out that this isn’t as much about saving rate-payers money as it is “doing experiments.” They say there are no cities in the lower 48 states that rely solely on wind and solar.

It’s simple physics, TPPF notes: electricity is delivered to cities via “the grid,” and that grid draws its energy from a variety of sources – mostly natural gas when it comes to Texas (which is a clean-burning fuel, but perhaps that’s a subject for a future article). Excluding dams, renewables powered about 10% of the U.S. grid last year. The flow from renewables is too inconsistent to provide for a reliable stream of electric power, so battery storage has become a future hope for the Bloomberg foundation. Batteries could prevent the blackouts and brownouts caused by a dark or wind-less day in a renewable-centered community by storing energy from bad days and releasing it consistently into the power grid. Georgetown, according to TPPF, would require a $400 million battery farm with batteries weighing about 20,000 tons to allay any blackouts.

From the hip: We’re optimistic about green energy, too, it’s just that we’re not quite there, yet. But don’t expect the renewable energy market crowd to listen to reason — especially while “green guilt” continues to motivate city leaders to insist that taxpayer money be taken (and with little science to back it up).

Interested in more news from Texas? We've got you covered! See More Texas News
Previous Article UPDATED: Meet Murray Starkel, To Whom Millions Of Your Dollars Might Go Thanks To JBE
Next Article 13.4% of Texas residents live in poverty, Census Bureau finds