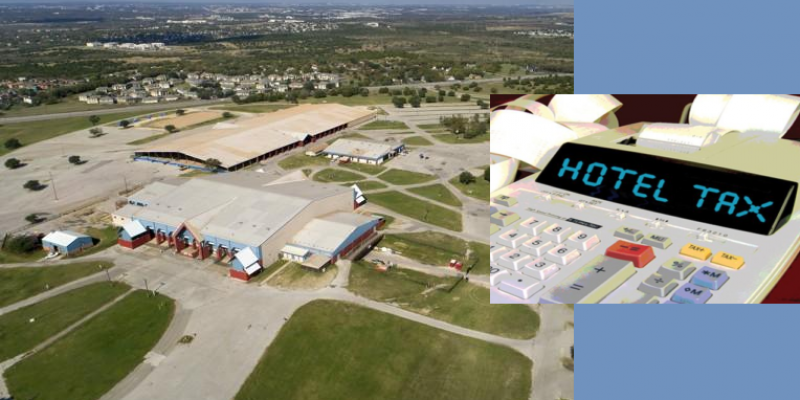 Today is election day for 10 proposed constitutional amendments in Texas, in addition to several local decision to be made by voters.

In Austin and Travis County, how to use hotel occupancy tax (or H.O.T.) revenue has become a flash-point, contributing to 15-minute waits at poll sites that are normally near-vacant during these low-turnout elections.

According to Austin-area conservative blog portal the Travis Tracker, language in three local propositions have left voters conflicted and often confused. This in addition to some confusion regarding Proposition 4, that has voters selecting “For” if they wish to be against a state income tax.

In the case of Travis County Proposition A, to renovate the county fairgrounds and expo center, you have Democrats opposing a new tax and Republicans in favor of it as a means of spending inevitable tax revenue on a county rather than Austin city facilities. In Texas, the total levy on a hotel cannot exceed a total of 17% (including the 6% levied and collected by the state), which has county Proposition A and Austin Proposition B (voter approval of renovations to the city’s convention center) apparently at odds.

We include the Tracker’s analysis of each ballot item below for the benefit of our Austin-area readers and to show how difficult these decisions can get.

Travis County Proposition A: This is the easy one. Though the wording is confusing, this measure would, if passed by voters, allow the county to collect a 2 percent portion of a hotel tax to remodel and expand the Travis County Exposition Center (aka. the fairgrounds). And this is once Austin is finished using the tax (see Proposition B below) — as we understand it, this means after the debt has been paid on a previous convention center expansion. The Travis County Republican Party are among many entities supporting passage of county Proposition A, and we join them.

What you’ll see on the ballot: Authorizing Travis County, Texas to provide for the planning, acquisition, establishment, development, construction, renovation, and financing of new and existing facilities of the type described by Section 334.001(4)(A) of the Texas Local Government Code, including a multipurpose arena and adjacent support facilities and any related infrastructure in the area of the Travis County Exposition Center and designated by a resolution of the Commissioners Court of the County adopted on July 30, 2019 (the “Resolution”) as a sports and community venue project within the County in accordance with applicable law (the “Venue Project”), and to impose a new hotel occupancy tax on the occupancy of a room in a hotel located within the County, at a rate not to exceed 2% of the price paid for such room, and if approved, the maximum hotel occupancy tax rate imposed from all sources in the County would be 17% of the price paid for a room in a hotel, for the purpose of financing the Venue Project, and approving the Resolution.

Austin Proposition A: Not to be confused with the county proposition, this would require a super-majority of the City Council to put forward a measure for voter approval for any new entertainment or sports facilities on city-owned land. Though originally authored by citizen petition to prevent the city from leasing out land to projects such as the Austin FC soccer stadium on a large vacant tract in North Austin by a simple majority, the proposition was (inadvertently?) worded to include even something as simple as a youth baseball diamond. Critics are rightfully concerned, however 1) not every youth sports facility is built on city land, and 2) the Council and/or the voters can correct some of the possible issues here, including the possibility of a non-profit group having to pay taxes on the land. Austin is becoming increasingly dense, and having the right to vote on whether or not to squeeze something as potentially traffic-grinding as a major league sports stadium trumps any concern over whether this will throttle a Pop Warner league on a city lot. It is awkwardly worded, but the Tracker recommends a vote yes.

Austin Proposition B: This is where things get hairy. City Prop B, also given to us by citizen petition, would require voter approval before expanding the Austin Convention Center in a way that costs more than $20 million — or, heaven forbid, tearing it down and starting over from scratch as has been mentioned.

The city Council had previously voted to increase an existing hotel tax to re-do the convention center. This vote maxed out the tax at 17% — which includes both 9 percent for the city and 6 percent to the state). However, the county (should the voters approve county Proposition A) would get “first dibs” on the revenue, as previously explained by County Judge Sarah Ekhardt.

Are you with us so far?

There is also the matter of the nearby historic Palm School being developed as a result of the expansion, which ruffled many feathers. Opponents (e.g. the ones who gathered petition signatures, including Palm School preservation activists) have argued that the amount of hotel tax revenue directed to the convention center project should be capped (you’ll see a 34% figure on the ballot language — this means that only 34% of the city’s revenue from the hotel tax would go toward the convention center). They are arguing that the money should be divied up between cultural arts and historic preservation projects, not just convention center renovation.

This article by the Austin Monitor explains the conflict better than we will to avoid getting into the weeds. The bottom-line is that there is still debt being paid on the last convention center renovation (it will be paid-off between 2021 and 2029 depending on who you talk do) so we recommend voting FOR this so voters can tap the brakes and force the city to come up with a solution that respects the surrounding neighborhood — and in the process not waste a perfectly good, pre-existing structure.

Summary: Yes, there are problems with the language and problems that may require court intervention or future city councils and county commissioners courts to sort out on all of these local measures. However, since the Austin City Council has run roughshod over taxpayers so many times (the homeless camping ordinance among them) and the city-wide audit proposal did not pass, it is critical that we pass these voter protections for Austin residents. We recommend voting for all of them in the interests of accountability.

NOTE: If you live in other cities or jurisdictions within Travis County you may notice other elections on your ballot. Click here to see if you are among them.