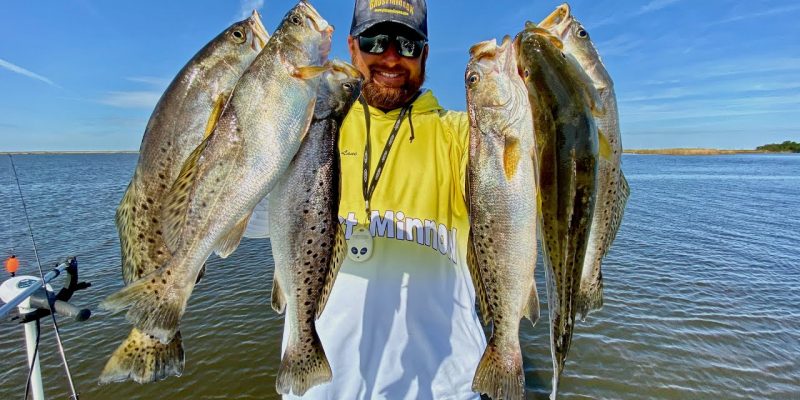 Recent autumns have been just okay for speckled trout, with little fits and starts of good action that fade out and force anglers to find new schools of fish. But so far, that hasn’t been even close to true during the autumn of 2019.

This fall, the speckled trout bite has been top notch, and anglers across the coast are putting plenty in the box to bring home for family fish fries while watching LSU games. No place is that more true than down in Lafitte, a Jefferson Parish town that’s hardly a 30-minute drive from New Orleans.

Located at the upper end of the Barataria Estuary, Lafitte features bait-rich marshes that collect the hungry speckled trout that spent the summer spawning in the passes near Grand Isle. When they arrive, Capt. Lane Zimmer is always there to greet them.

Zimmer has been enjoying a spectacular fall, bringing limits or near limits to the dock every single day, and he was kind enough to invite television-show host Kevin Ford and me to tag along with him this week. Although winds were stronger than forecast the day of our trip, we found fish everywhere we went, luring strikes on Fat Tuesday-colored Ghost Minnows fished under corks, as well as glow/chartreuse Mad Mullets fished tight-lined on 3/8-ounce Deathgrip Jigheads.

The action couldn’t have been much better, and it shouldn’t slow down much at all as fall moves into winter.