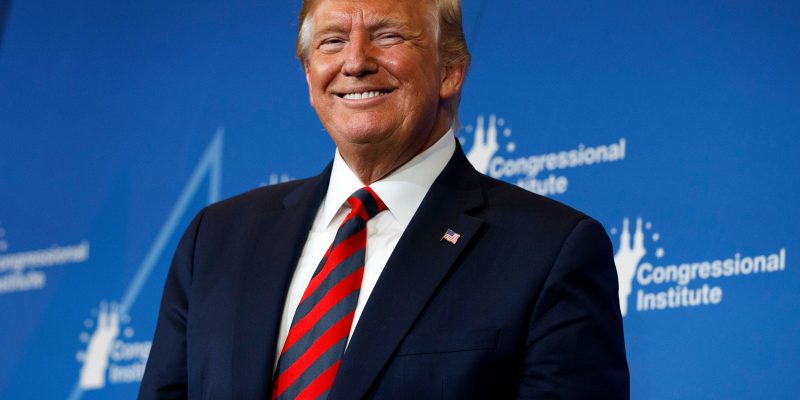 As Democrats continue their offensive against President Trump, public opinion appears to have taken a sharp turn against them with multiple polls showing both an increase in support for the President and a decrease in support of impeachment.

In a poll conducted by Emerson last week, a majority of registered voters opposed the impeachment inquiry with 43% supporting and 45% opposing. This marks the first time since September since a poll has shown more opposed than in support of impeachment.

In that same poll, President Trump saw 48% approval compared to 47% disapproval, also the first time since September his approval has not been “underwater”.

Gallup, a polling outfit favored by the President, shows Trump has been climbing steadily since October when his approval rating registered at 41%. The same poll also showed a sharp turn away from impeachment support among independents with 53% opposed and 45% support.

Additionally, new polling by the Des Moines Register shows President Trump enjoying his highest level of support ever in the key state of Iowa where the first votes will be cast in the 2020 election.

The 45th President celebrated the trend in a Sunday afternoon tweet saying,

“Polls have now turned very strongly against Impeachment, especially in swing states. 75% to 25%. Thank you!”

“Nancy Pelosi, Adam Schiff, AOC and the rest of the Democrats are not getting important legislation done, hence, the Do Nothing Democrats. USMCA, National Defense Authorization Act, Gun Safety, Prescription Drug Prices, & Infrastructure are dead in the water because of the Dems!”

“95% Approval Rate in the Republican Party, a record! Thank you!”

The growing trend should be most concerning for the new Democrat Party which, by all accounts, has taken a sharp turn to the left while launching an all out offensive against one of the most popular Republican Presidents in modern history.

Less than a year from now, voters will have the chance to rebuke what many are calling the latest attempted “coup” against President Donald Trump.