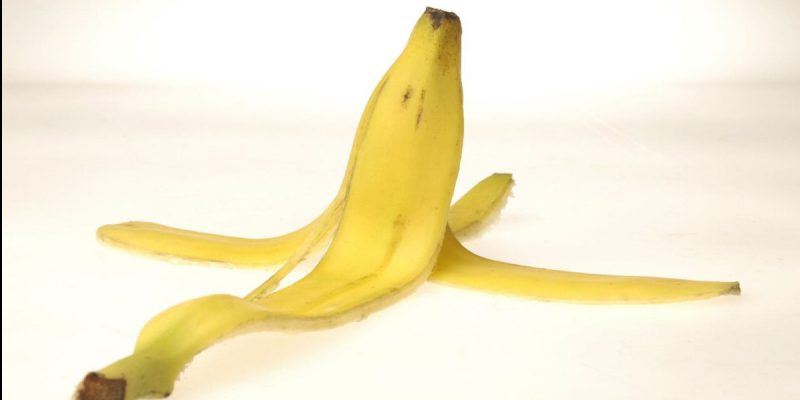 n the 2019 Louisiana governor elections post-mortems, analysts have made a number of valid points about base activation and campaign quality (or lack thereof) to explain the narrow reelection of Democrat Gov. John Bel Edwards. But they miss the most critical aspect of all: how a small cadre of those who call themselves conservatives ended up pulling the lever for an unambiguously liberal politician when presented with a solid, mainstream, and credible alternative in Republican Eddie Rispone decided the contest.

To explain the phenomenon, two case studies suffice. We begin with Rod Dreher, who has pretty good conservative credentials. He’s published in such places of superior conservative analysis as National Review, the Weekly Standard, Commentary, and the Washington Times. But, as he explained in his American Conservative column, he voted for Edwards.

That turns out to be a head-scratcher to say the least:

I voted straight-ticket Republican, except for governor, where I did as I did four years ago, and voted for John Bel Edwards. Edwards is a veteran legislator who is pro-life (he signed the Heartbeat Bill earlier this year) and pro-gun rights. He’s got a record, and he’s got a platform.

Yes, Edwards does – one of unrestrained economic liberalism. Understand that Dreher’s bread-and-butter is social issues and he does maniacally identify with the never Trump faction on the right, leading to a pithy dismissal of Rispone as nothing more than a “conservative Christian Republican businessman endorsed by Donald Trump.” Even so, “Had JBE not been demonstrably pro-life, I might have sucked it up and gone with Rispone. But the fact that on the most important state issue for social conservatives like me, he’s on the right side – that made a decisive difference.”

Yet, if you are a conservative Republican, it takes next to no brains to understand that if you have one candidate who is pro-life (although perhaps of political convenience) with an unambiguously liberal fiscal record compared to another who is at least equally as pro-life who articulates he will cut taxes, reduce spending, reconfigure current spending practices to practice more efficient government, and overhaul Medicaid expansion, then you go with the second, no-questions conservative candidate. If they are a push on the most important issue, shouldn’t you go with the guy you are supposedly closer to on the basis of all other issues?

Well, Dreher had a quasi-explanation for missing this layup: “[Rispone] doesn’t have a platform.” This is a talking point straight from the Edwards campaign, one easily rebutted if you paid attention to the debates, watched some commercials stumping for Rispone, or listened to him speak at various candidate forums. Granted, Rispone’s messaging didn’t often include it – the items in the above paragraph and more – and not in any great detail, but ten minutes on something called the Internet would have revealed all.

Again, a campaign shouldn’t put itself in a place where voters have to hunt and peck for this kind of information about its candidate, but, at the same time, Dreher supposedly is a member of the political elite who should have made himself aware of these facts. Instead, everything he indicated that he knew about this contest appears to come from Edwards campaign TV ads.

For example, get a load of this, straight from the Edwards campaign tool box:

[Rispone]’s just a rich businessman who thought it was enough to make conservative noises, and associate himself with Donald Trump. Louisiana is not rich enough or stable enough to endure a … governor who takes orders from his rich funder. Lane Grigsby, a wealthy Baton Rougean who gives generously to GOP politicians, bragged last month to a journalist, “I’m the kingmaker. I talk from the throne.”

Thing is, Grigsby was not just talking nonsense. Had Rispone won, given his political inexperience, Grigsby would have been the real power in the state.

Seriously? Really? Dreher actually buys this? Does he only get his state political news from the leftist Advocate? He seems entirely unaware of Rispone’s extensive activist history – which includes a prominent role in expanding school choice that Dreher as a social conservative cannot possibly be ignorant of – which speaks to his ability to make his own decisions on the right side of issues? And that facetious braggadocio of a larger-than-life activist is just that, which makes it talking nonsense? Or even an implied preference that Louisiana is rich enough or stable enough to endure four more years of a tax-and-spend governor?

As baffling as this insouciance to objective conditions appears at first, a couple of other statements made explain its presence. Dreher writes, “The last time the GOP held both the governor’s mansion and the legislature, things did not go well for my state. These past four years – Democratic governor, Republican legislature – have been better.”

So, Dreher thinks a state over the past four years with more spending, higher taxes, the highest per capita out-migration in the country, almost zero job and personal income growth – and which lagged almost every other state in these categories and in reducing unemployment – and had one of the highest unemployment rates among the states, is better off? Even when on these and other metrics Louisiana demonstrably and unequivocally performed better over its previous eight years? Did he pull some kind of Rip Van Winkle for the past dozen years and just now wake up to a TV set playing an endless loop of Edwards campaign commercials?

And if you think that takes the cake, try this (emphasis added): “Gov. Edwards, a pro-life Catholic, is not a liberal Democrat.” In the words of that pedophile sage of popular culture Michael Jackson, “People are ignorant.”

Dreher, a self-proclaimed conservative, cannot call a Democrat a liberal when his budgeting has raised taxes in the range of a billion dollars a year to increase spending of state dollars at almost twice the rate of inflation, expanded Medicaid by raising more taxes, opposes tort reform, stumps for a minimum wage increase and more regulation to fix a bogus problem of unequal wages, tried to unconstitutionally expand employment and contracting privileges for people who prefer homosexuality or gender confusion at the expense of the rights of business owners and conscience, and fought efforts to discourage discriminating against businesses that exercise their Second Amendment rights? Then who is a liberal to Dreher, Kim Jong-un?

Such delusion is a textbook example of, as previously noted, the fog of personalism that permeates Louisiana’s political culture and interferes with turning the center-right policy preferences of the public into actual policy through election of like candidates. Note how Dreher zeroes in so much on the personality constructs he has built around his concepts of Rispone and Edwards as candidates that he dismisses a realistic appraisal of their issue preferences and records.

Dreher represents a high profile such example of conservatives not voting in their own articulated self-interests, but his isn’t an isolated case. And his kind aren’t the only ones.

Then there’s the opportunists like oft-times political candidate Rob Maness, who simply want power, attention, or both. Maness, who twice ran for the Senate as a self-proclaimed conservative outsider after retiring from the Air Force, inserted himself into the gubernatorial contest when he manufactured outrage over a comment made by Rispone that some Army officers deplored Edwards’ support of the trial lawyer lobby at the expense of the people.

Not content that the attention spotlight lingered all too briefly on him after his spleen-venting, Maness subsequently all but endorsed Edwards to his dozens of social media followers. As in the case of Dreher, any presumed conservative who willingly promotes the candidacy of a liberal Democrat over a genuine and credible conservative is either  not a true conservative or badly ill-informed, or both.

In the case of Maness, his past history suggests a willingness to promote the brand above all else; what reward Edwards will provide him for his minor assistance should prove interesting. Regardless, he represents all the supposed conservatives who voted for Edwards because they figured they could gain more personally from Edwards remaining in office than from the better policy Rispone would have brought to all, with more diffuse rewards.

Numbers of both kinds aren’t great. But neither are they trivial, and in all likelihood were numerous enough to have pushed Edwards across the finish line.

Sure, who turned out and how campaigns ran mattered in the reelection of Edwards. But most crucial were the alleged conservatives voting for Edwards that cost all conservatives the election and the state the fruits that would have come from a conservative win.

Interested in more national news? We've got you covered! See More National News
Previous Article BAYHAM: The Rispone Campaign and the Plague of the Out of State Consultants
Next Article BACK TO OUR REGULARLY-SCHEDULED INCOMPETENCE: Louisiana OMV Re-Opens Monday…