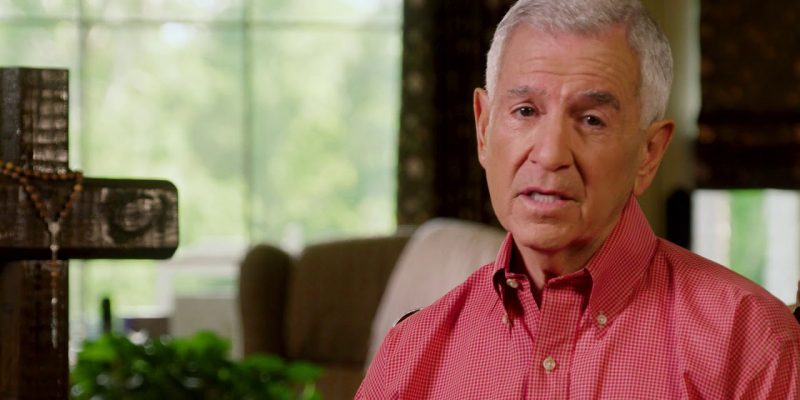 “I advise anyone who thinks he knows something about politics to go down in Louisiana and take a postgraduate course.”

The above quip came from a senator who investigated Huey Long’s political machine in the aftermath of the questionable practices that led to the election of the Kingfish’s ally John Overton to the US Senate in 1932.

Louisiana does many things like nobody else: food, music, Mardi Gras, and politics.

There are even two museums related to the latter art (the Old State Capitol and the Political Hall of Fame in Winnfield).

One of the most famous political consultants in the world is from Louisiana (James Carville).  Another prominent Louisianan, Donna Brazile, ran then-Vice-President Al Gore’s 2000 campaign and, with a bit less success, the whole Democrat Party in the 2016 elections.

Louisiana political operatives from Ray Strother to Jason Hebert to Justin Germany have been involved at the highest levels in a number of other presidential campaigns over the past few decades.

Political talent is not in short supply here because of necessity: Louisiana elections are a full contact sport.

And with the advent of a true two party system in the state, candidates can hire operatives whose primary (if not exclusive) work is with GOP candidates.

So one of the most bewildering moves by gubernatorial candidate Eddie Rispone was his decision to not just allow his campaign to be run by folks from outside Louisiana but who were not even based in the state throughout the majority of the campaign.

When I visited with the Baton Rouge businessman early in his campaign, I walked away impressed. Though I had not met Rispone previously, many political leaders I respect spoke very highly of the contractor.

And then I heard something that seemed really odd from one of Rispone’s boosters: his team had flown down for a meeting and flown out the same day.

In my many years of political involvement and studying I had neither heard nor read of a gubernatorial campaign team that had come from outside of Louisiana.

And considering the massive amount of funds Rispone was personally pumping into his candidacy I couldn’t believe that his hired guns weren’t going to relocate here full-time through November.

In a culturally diverse and politically complicated state like Louisiana there was no way a campaign could be phoned in successfully particularly against a wily incumbent that had overcome incredible odds to win the governorship four years ago.

I saw this very high-dollar political derailment play out before in a near identical scenario five years before in a congressional race where the lead consultant stayed in Georgia while profiting off a seven figure budget that produced boilerplate bland national conservative talking points.

The consultant made out fine, the client not so much.

How could these political tourists get a feel for the local issues that were important to varying Louisiana constituencies?

The answer became painfully obvious: they couldn’t. And didn’t even bother to.

The terms “science-based” and “data driven,” empty euphemisms for polling , would become synonymous with justifications for the nationalization of the Rispone message.

Hardly a creative approach and not likely to work especially as Rispone was running for governor not US Senator.

If the team’s decision makers didn’t all hail from places where people pronounce the word “pecan” different from Louisiana, they might have been familiar with this valuable lesson.

Maybe talking about how the state’s largest fully Democratic administered city is failing to provide essential services such as on-demand potable water would have helped Rispone garner more votes than David Duke in Orleans Parish.

Or perhaps touching on the new airport fiasco and its outstanding traffic problems in a large community that Rispone desperately needed to carry could’ve moved the needle in Jefferson Parish.

Instead of being the focus of a custom-built message Metairie voters got the same “one size fits all” ads that people in Monroe heard.

The critical parish of Jefferson was ignored to a point where frustrated local Republican leaders put together the funds to run their own Rispone campaign there, the ultimate show of no confidence though the candidate didn’t seem overly concerned with such a drastic development.

One prominent Republican elected official referred to the campaign operation as criminal and an experienced handler was astounded by the sky-high advertising commission rates charged. The publisher of The Hayride has broken down aspects of the campaign that were clearly dysfunctional.

I know many political consultants aren’t saints and more than a few are driven less by winning but maximizing their profit margin.

That said I’m convinced that Rispone’s narrow loss would’ve been no worse than a close win had he hired to run his campaign any Louisiana-based operative that had worked a statewide race.

If only because they would’ve been familiar with the last race, the current governor’s weak points, and the voters they were trying to sell their message.

Also locals would have sought input from elected officials (who were mostly frozen out the campaign), party leaders who spent the past four years trying to make the incumbent a one-termer, and other consultants who were running other races and thus had possession of relevant intel in various corners of the state.

These are regular smears against Republicans from the Democratic Party area political professionals are all too familiar with and the response should’ve been ready for immediate release.

At a forum held after the runoff, the campaign manager for Rispone “oh shucks’d” the election as it was hard running against a popular governor.

If only that campaign had the resources and means to alter the governor’s approval rating!

Apparently the specialty of the Rispone consultants is running campaigns against opponents with no chance of winning. Talk about a niche service.

You don’t get to own your lucrative consulting fees if you’re not willing to own your loss. Otherwise, feel free to refund a few hundred grand to the grandchildren if Eddie Rispone whose inheritance just got lighter.

Which brings me to the final point: ineffective messaging.

The Rispone campaign caused the Republican Party no shortage of consternation with their egregious carpetbombing of Ralph Abraham.

I get that the election is a competition and thus Eddie’s people needed to create distance by challenging Abraham in negative advertising but as 1) Abraham hailed from the smallest media market in the state and 2) only raised the kind of funds you need to run for Agriculture Commissioner, Rispone’s five-to-one financial advantage should have made attack ads against the congressman unnecessary.

In lieu of manufacturing obstructions to be overcome in the immediate future, why not build a strong message and let the spend-rate create the distance?

Yet Rispone struggled to pass Abraham in polls, which should’ve been a sign that the Rispone narrative buildup was flopping, which meant continuously pushing attacks against Abraham that originally came from a Democratic Super PAC.

Why? Making a runoff meant another month of making lucrative fees and if the path to a win in November became harder in the process, then that was a risk they were willing to take.

That the attacks were a serious contortion of the truth sowed the seeds of a bitter November harvest reaped throughout the Fifth Congressional District.

Why a successful businessman like Rispone failed to recognize the poor rate of return from the primary, close himself off from local counsel, and not make adjustments for the runoff befuddles me.

Or that he did not bring on board a campaign comptroller to price out services to ensure he wasn’t getting bilked.

As the campaign drew to a close I saw a similar parallel to Mitt Romney, another successful businessman/unsuccessful candidate got let down by placing too much trust and money in the hands of his own “top men”.

Rispone was served the political equivalent of “Disney gumbo” at Emeril’s prices by outside chefs while those who tried to help him the most, including President Trump, got the heartburn.

With one notorious exception, the Rispone effort was the worst Louisiana Republican gubernatorial campaign since Dave Treen”s disastrous re-election bid in 1983.

That the margin was close is only indicative of the tremendous resources and advantages recklessly squandered.

Eddie and his supporters deserved better.