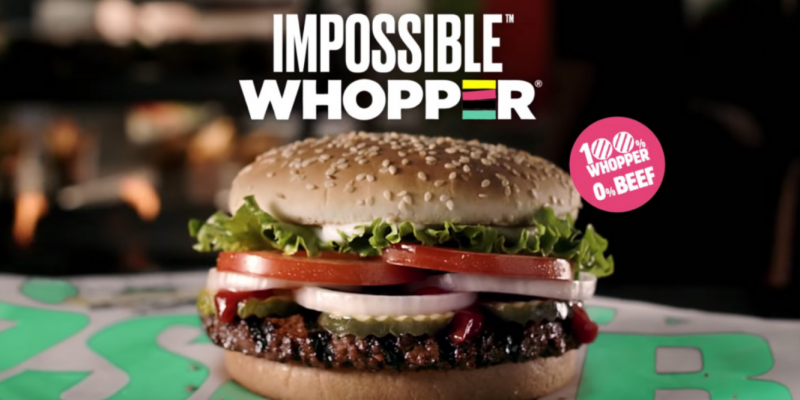 A vegan customer has sued Burger King after he was served an Impossible Whopper, which he says was not completely free of animal by-products.

The class-action lawsuit filed by Phillip Williams, according to TMZ, alleges the Impossible Whooper purchased in Atlanta, Georgia, was contaminated by meat residue because it was cooked on the same grill as the meat burgers.

According to Williams, there is no disclosures on the Burger King menu notifying customers that the vegan burger might be cooked on the same grill as meet products.

In addition to damages, Williams is also seeking a judge-mandated order for the burger chain to stop cooking Impossible Whoppers and regular burgers on the same grill.

The Impossible Whopper is a patty made from soy, potato proteins, coconut and sunflower oil, heme and Methylcellulose, according to Burger King’s website. It also states the burger is flame-grilled on the same broiler used to cook beef and chicken, meaning it may not be suitable for vegans or vegetarians. Even the hyperlink states, “not vegetarian, vegan.”

“For guests looking for a meat-free option, a non-broiler method of preparation is available upon request,” the website states.

The Impossible Whopper has also not been marketed as vegetarian or vegan in Burger King’s promotional content.

Interested in more national news? We've got you covered! See More National News
Previous Article California agency in noncompliance with ruling it can’t penalize a company for helping blind, disabled without a permit
Next Article CROUERE: A Double Standard Of Justice For Roger Stone