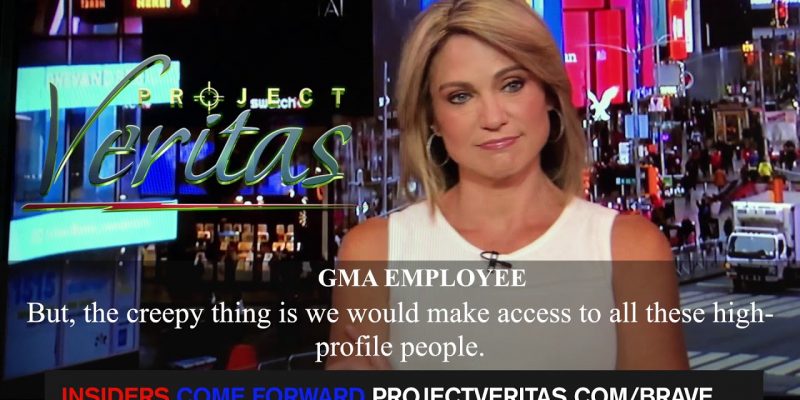 Here’s something it seems everybody’s talking about today. It’s a Project Veritas expose’, and this one is on ABC News. It seems James O’Keefe and his people found an insider at ABC who’s willing to leak material publicly in order to show the network’s bias and corruption, and they’ve hit the mother lode with this. It’s ABC anchor Amy Robach talking on a hot mic about how three years ago she had a story about Wall Street pedophile Jeffrey Epstein, who was quite apparently murdered earlier this year though officially his death was ruled a suicide, but somehow that story was spiked by someone high up on ABC News’ food chain.

The video largely speaks for itself. It’s a monster.

After the bombshell video leaked this morning, Robach and ABC News put out a joint statement… 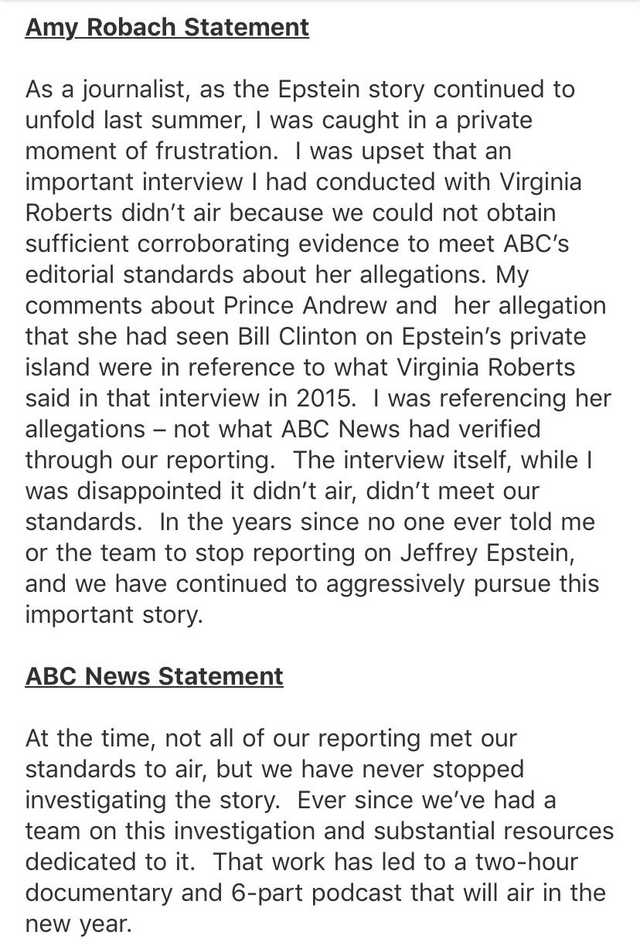 That Robach and ABC would try to spin this as journalistic restraint based on evidentiary standards and not timidity in the face of influence is laughable. It’s laughable.

The tape makes it very clear that Robach knew she had the story three years ago. She had a video interview with Virginia Guiffre which would have been more than enough to run with – ABC has aired stories with a lot less proof than that.

The Guiffre interview has still not run on ABC’s air even after Epstein’s arrest and death (we probably ought to just go ahead and call it his murder). They ran an interview with Jussie Smollett, for crying out loud, but they won’t run this? And ABC News actually claims to still be investigating the Epstein story?

As O’Keefe asks, who is spiking this story at ABC? Is it the Clintons and their influence, or is it someone else? And is Amy Robach now concerned for her own safety as she clearly was for Ghislane Maxwell?