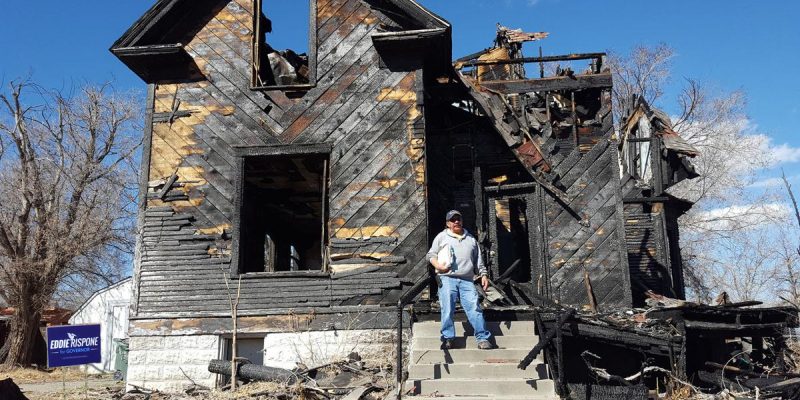 There is going to be an awful lot of postmortem analysis about Eddie Rispone’s near-miss loss to John Bel Edwards in a close 40,000-vote election Saturday, and some of it you’re going to hear, particularly as it will be informed by people affiliated with Rispone’s campaign team, will attribute the loss to Ralph Abraham and his supporters not doing their duty and coming on board Rispone’s train.

We’ll preface this by saying that if you were an Abraham supporter who stayed home or even voted for Edwards, then shame on you, and the four years of economic malaise, legislative gridlock, gubernatorial disinterest (if you thought Bobby Jindal had the national-politics bug in his second term you ain’t seen nothin’ yet) and blatant corruption to come will be your fault. The idea that because Eddie Rispone disrespected Ralph Abraham and attacked him that somehow makes John Bel Edwards, whom Abraham refused to endorse, somehow acceptable is pure gibberish. And you probably never bothered to justify how Rispone’s attacks, poorly-advised as they were, would be beyond the pale while Edwards’ far more vicious attacks on Abraham were OK. Edwards, after all, accused Abraham of hooking people in North Louisiana on opioids because he owned a pair of pharmacies which filled unremarkable numbers of prescriptions of them; that was far and away the nastiest and most untrue thing said about Abraham.

To have allowed Edwards a second term because Rispone offered a small dose of the poison Edwards poured out by the gallon makes you a stupid voter and part of the problem, and in the case of some it calls into question what’s really behind such pieties. Coming developments will almost certainly shed light on that question with respect to some of the more high-profile defections of Abraham supporters to Edwards.

That said, stupid voters are a given in Louisiana. This place didn’t land at the bottom of all the public policy metric rankings by accident, not with the immense natural and geographic resources at its disposal. It took decades of terrible decisions on Election Day to get us here, and outmigration over those decades hasn’t improved our lot. Anyone deciding to run for governor or any other public office in Louisiana has the responsibility to recognize the sad necessity of attracting stupid voters in order to make a majority.

And for the vast majority of Republican candidates in this cycle, that wasn’t a fatal problem. As we said in the first post of this series, outside of the gubernatorial race this was one of the best electoral performances the Louisiana GOP ever had. Other candidates with far less resources and less appeal than Rispone were able to win, and win convincingly.

Why didn’t Rispone? Let’s go back to the Ralph Abraham attacks.

Following those, Rispone managed to climb over Abraham, whose campaign was flat-broke by late September when they were unleashed. What was worse, Abraham had been attempting to overcome his lack of campaign funds with a frenetic event schedule which did more than wear out his shoe leather; he looked palpably exhausted by the end of the primary campaign and his performance in the final two primary debates gave that away. Which was to say that Abraham’s campaign was out of gas and might very well have ground to a halt under the weight of Rispone’s mountain of TV spots even if he hadn’t attacked him.

But that having been said, Rispone managed to crawl past Abraham into second place in the primary, earning 27 percent of the vote to Abraham’s 24.

Here’s how that went: Rispone made the expected call to Abraham and received the third-place finisher’s ask via his campaign consultant.

Which was that he had some campaign debt and other expenses he wanted to clean out, and he wanted Rispone to raise him a large sum of money – we’ve heard upwards of a million dollars – as his price for coming fully aboard.

Given that Abraham had already given his pro forma endorsement of Rispone on election night, Rispone thought that price was outrageous and, we’re told, was insulted by it.

So two weeks went by with no contact between the two camps as the runoff campaign began, before the president decided to get involved and gave Abraham the plum honor of coming to Monroe, in his congressional district, for a rally. It was during that two weeks when Abraham’s son-in-law made a $5,000 donation to Edwards’ campaign, something that surfaced in the final week of the campaign to the embarrassment of both.

But wait – Eddie Rispone is a businessman. Why would a businessman who just received an offer not make a counteroffer?

Because by that point Rispone was taking advice from his general consultant, a 24-year-old from Atlanta via DC named Austin Chambers and his campaign manager, 27-year-old Chicagoan Brian Reed, to the extent that he didn’t need Abraham and rather, Abraham needed Rispone.

And why would Chambers and Reed give such terrible advice?

Because they didn’t know anything about the players involved. Neither of them had relationships with any of Louisiana’s political stakeholders and therefore weren’t in position to take any advice of their own.

There is a reason you don’t want to have a Louisiana statewide campaign led by out-of-state staffers and consultants. Politics is a relationship business here, because of demographics. In Louisiana, some 80 percent of the residents were born and raised here, which is significantly more than is true of any other state. So people here operate on the basis of who-you-know much more than they do in Chicago or Atlanta or Birmingham, Tennessee, Michigan or any of the other far-flung locales Rispone’s campaign team came from.

And not having any relationships with Louisiana folks, they never bothered making any. And what little the campaign had, they largely burned long before Election Day.

For example, a personal story: August 14 was the last communication of any kind I received from Anthony Ramirez, the campaign’s communications director. I’m the publisher of The Hayride, which is the only conservative publication of any real note in the state. More than three months later, Rispone lost by only 40,000 votes despite three trips by President Trump to Louisiana to aid the campaign.

The lack of outreach was a common theme. Political activists around the state, from Shreveport to Lafayette to Destrehan and beyond, complained silently about having their attempts to set up events with Rispone and gain access to coordinate support for the campaign constantly rebuffed. By the end, when the campaign’s network was clearly a problem, it was up to third parties like the state GOP and the various PAC’s to rush in and try to fill the void. And compared to the vast machine deployed by the Edwards campaign to get out their vote it was too little, too late.

The insular nature of the campaign was so pronounced that at a gathering late last week of some prominent stakeholders within the conservative movement at which your author was present, the question was asked who would factor prominently in Rispone’s transition team had he won. And despite there having been people present who most would assume would be insiders in his camp no one knew the answer.

There were no real insiders, actually. There was Reed, there was Ramirez and, at the end, there was Chambers. No one else with a background in politics in Louisiana was allowed in, because those who would have been allowed in would have broken up that circle by offering the constructive criticism the campaign so badly needed.

At the end, Chambers apparently saw himself as the head of Rispone’s would-be transition team, as he had been in Missouri as ill-fated Gov. Eric Greitens’ team. Chambers had his fingerprints all over Greitens’ subsequent scandals and resignation – which makes it quite perplexing how he could possibly have been given the kind of responsibility he ended up with in Rispone’s campaign.

How disastrous this was became clear on Friday when, multiple Hayride sources confirm, Chambers was so inebriated in the early morning hours at the Horseshoe Casino in Bossier City following the Trump rally there that he was too hung over to get on the campaign plane for its multi-market flyaround in the final day of the race. This, about a week following his having convinced Rispone to come out of his own pocket for $800,000 worth of TV ads Chambers took a commission on.

If you’re busy fleecing your client out of his money, it pays to play the role of political Rasputin to the exclusion of anyone offering a second opinion. But the effect of that on having a campaign which wins is you can’t build a coalition, and you have no relationships to leverage in getting out the vote.

And you certainly can’t reel in that last few thousand voters who ought to be yours but for the fact you’ve so alienated them with poor treatment that they’re willing to make stupid decisions based on emotion rather than reason.

Next: The Fleece, coming Monday morning