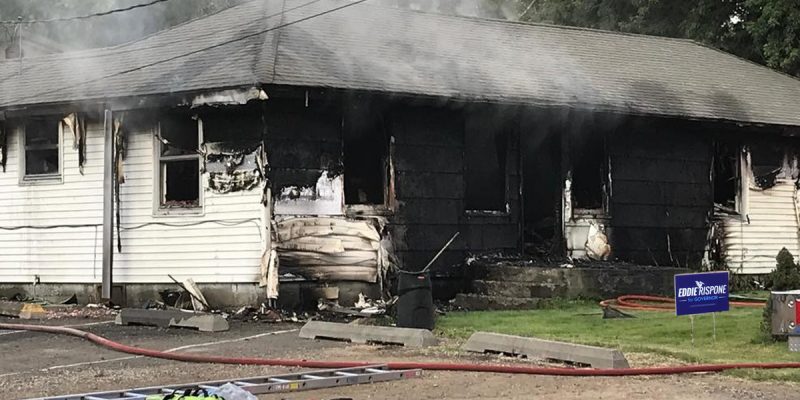 This happened despite the fact that on Nov. 6, the new New Orleans International Airport terminal opened in Kenner without any dedicated access from I-10, meaning that drivers seeking to access the new airport would have to fight through three traffic lights from the interstate to the facility, turning traffic in Kenner into a mess that periodically turned all of northwest Jefferson Parish into a facsimile of Dante’s seventh level of hell.

Things got so bad that an Uber ride from the airport to uptown New Orleans spiked to more than $70, owing to the problems for Uber drivers getting in and out of the airport. The wait for taxi rides frequently has become an hour and a half in a miserable queue outside of the “arrivals” section of the airport. And traffic on I-10 going past the airport, particularly eastbound from parts west of the New Orleans area, has become every afternoon a quagmire.

This has all happened because when construction of the new airport began in earnest in 2016, it did not begin on a pair of planned flyover ramps from the interstate to the airport at the Loyola Drive exit. One could make an argument that inattention to airport construction plans from previous governor Bobby Jindal put the state Department of Transportation and Development behind the eight-ball with respect to getting those flyover ramps built, but John Bel Edwards took office in January of 2016. He had plenty of time to redirect DOTD’s priorities to address the $110 million flyover ramps.

Edwards did nothing. The contract to build the access ramps wasn’t even let until the spring of this year, and the airport opening, delayed from May to November, made for a spectacular example of governmental incompetence coming out of the governor’s mansion.

There was virtually no messaging whatsover offered from Eddie Rispone’s campaign on the New Orleans airport. The only evidence the campaign even knew the airport was an issue was during the only debate of the runoff election, when Rispone quipped that he could build a whole oil refinery in three years and Edwards couldn’t even build a pair of flyover ramps.

When a Republican gubernatorial candidate is blown out 57-43 in Jefferson Parish by a Democrat governor directly responsible for mucking up interstate traffic through the most populous and Republican parts of that parish, it’s a striking failure of the Republican’s campaign.

We opined in the latter stages of the campaign that Rispone had a golden opportunity to create a major messaging win by staging a sign-waving on the corner of Veterans Highway and Loyola Drive, the Ground Zero of the airport traffic mess, and earning a social media and TV moment by knocking on a car window of a stranded motorist and informing the victim that, as he’s in the construction business, getting those flyover ramps done and eliminating the traffic snarl around the airport would be his first priority and by the end of 2020 it would be solved. Tell 10 of those blocked-in motorists that, and at least three of them would offer up colorful “You’ve got my vote!” responses suitable for a TV ad.

Nothing was done along those lines. In retrospect, that shouldn’t have been a surprise, as Rispone’s campaign had very little to say about any issue relevant to life in Louisiana. If it wasn’t about Donald Trump or illegal aliens, it’s a good bet Rispone’s campaign didn’t care about it.

Nothing was done along the lines of sympathizing with Baton Rouge-area flood victims badly treated by Edwards’ Restore Louisiana program, which has doled out far less than half of the billion-dollars-plus it was allocated by the federal government to help repair the homes of people affected by those floodwaters. Rispone actually played a more significant role in helping flood victims than anybody knows, which is true following the election and a damned-shame messaging failure. But even if Rispone wasn’t interested in telling that story it was well worth pounding Edwards relentlessly for the corruption and incompetence of Restore Louisiana in the Baton Rouge area.

Nothing was done about the complete dysfunction of Edwards’ Department of Wildlife & Fisheries and their having thrown in with Hard Left environmentalist groups in order to screw recreational fishermen out of their opportunities to fish for red snapper in the Gulf of Mexico. As it’s often hard to fish the rigs in the Gulf without getting bites from red snapper, which are ridiculously numerous and some of the most aggressive consumers of bait thrown into the waters off the mouth of the Mississippi, the extreme strictures on catching red snapper make Gulf fishing a joke, and Edwards’ DWF has been an embarrassment throughout Edwards’ term starting with the corrupt and decrepit Charlie Melancon’s regrettable term running the agency.

Nothing was done about the extreme leftism and incompetence of LSU chancellor F. King Alexander, and his shameless shilling for John Bel Edwards’ tax increases while running a university which has consistently fallen in national rankings despite Edwards patting himself on the back for somehow “saving” LSU from Bobby Jindal’s fiscal ravages. That narrative was a lie, as LSU’s funding had never been higher on the day Edwards took office – its funding model had changed to tuition rather than general fund appropriations, but its total budget had nonetheless grown – and Alexander’s awful leadership has been the number one problem on that campus, not money. When his administration commenced its war against the Greek system on campus while deplatforming conservative speakers and giving unhinged loons like Bob Mann tenured professorships, Rispone had a golden opportunity to mobilize Republican voters who care about LSU behind him as an agent of positive reform on that campus. Rispone instead used LSU as a rhetorical point with respect to its football team (“if LSU was last we’d fire everybody from the provost to the waterboy”) but never offered any substance about how to actually improve LSU – an institution with cache’ among Louisianans out-of-staters are completely ignorant of – when it was available.

Nothing was said about building a bridge across the Mississippi River south of LSU, which for years has been the number one infrastructure concern in the capital area. Rispone got just 35 percent of the vote in East Baton Rouge Parish.

Nothing was said in the direction of the state’s oil and gas industry and how damaging Edwards’ time in office has been to its operation in Louisiana. Rispone talked vaguely about trial lawyers and coastal lawsuits, but he never talked about regulatory overreach and severance taxes, two other issues which affect Louisiana’s competitiveness in oil and gas with other states.

None of those issues were properly addressed, and they’re only some of the missed messaging opportunities Rispone’s tone-deaf campaign was guilty of. He didn’t adequately lock down Ralph Abraham’s primary voters, despite having several workable options available to do it, and bled too many of them to Edwards because of his stupid attack on Abraham in the primary – those voters should have been far more angry over Edwards’ attacks on their candidate than Rispone’s, but that reality was never properly addressed nor was Abraham properly mobilized as a messaging asset.

What was even worse was that Rispone’s campaign never made a well-thought-out effort at chopping down Edwards’ approval rating and popularity. There is a narrative existing following Saturday’s election and in the days prior to it that Edwards is a “popular” governor.

No he isn’t. Popular governors don’t fail to win in a primary, and popular governors don’t have to blow through some $20 million just to scrape out a 40,000 vote victory in the runoff against a clearly deficient campaign like Rispone’s was. John Bel Edwards’ “popularity,” such as it is, is a mile wide and an inch thick and could have been shattered with a well-constructed battle plan.

The easiest such plan would have been simply to attack his credibility. John Bel Edwards is a provable, congenital liar. He lied his way into office by promising not to raise taxes as governor and then, upon his inauguration, demanding the largest tax hike in Louisiana’s history on the lie that Louisiana’s budget was in an unforeseeable crisis – and then compounded that lie by threatening to end college football in the state if his tax hike wasn’t passed. Later, when his taxes were subject to a rollback as the state legislature debated the issue he sent out eviction notices to seniors in nursing homes as a fraudulent threat of catastrophe.

Edwards then spent the whole runoff campaign screeching about the parade of horribles that would ensue should Rispone win and entertain a constitutional convention – the end of TOPS, the end of Medicaid and Medicare, the rape of teacher and state-worker pensions, stealing supplemental pay for cops and firemen, and so forth. These were not adequately addressed, which cost Rispone votes unnecessarily, but not because he did an inadequate job with a fire extinguisher as the governor ran around the state setting straw men on fire. It was because the most important task of the campaign was neglected – that being to brand Edwards as a liar without soul or credibility. This was eminently doable even with the state’s media on Edwards’ side, given Rispone’s colossal war chest. All he had to do was remind the public in TV spots how frequently the governor had lied.

Rispone’s entire line of attack on Edwards was based on the fact he’d voted for Hillary Clinton and thus he was a far-left liberal. That was never going to stick with the public; Edwards is a Democrat and nobody expects him to cross the aisle in presidential politics. If you’re going to accuse him of being a liberal, you note that Louisiana’s budget has gone from $25 billion to nearly $35 billion in four years, and that it’s an orgy of spending which has made almost nobody’s life better other than people who don’t want to work. You talk about how Edwards sided with woke Wall Street banks who want to interfere with Second Amendment rights over the Louisiana State Bond Commission when the LSBC decided to do something about it. You talk about how the supposedly pro-life governor appointed a Planned Parenthood activist to head the Louisiana Department of Health and then allowed an unlicensed doctor to perform abortions in Baton Rouge. You talk about how Edwards attempted to use state contracts to give special legal protections to the transgendered in violation of state law, and unsuccessfully sued the state’s Attorney General for calling him on it. And you talk about his mind-blowing jailbreak policies, not just with respect to criminal justice reform but to pardons and clemency; Rispone did a little bit of messaging on that but never pressed it home enough to exploit it for lots of votes.

There were substantive reasons, all of which were underreported in the state’s media and therefore had some political value as shocks to the public, why the case for Edwards as a lot more left-wing governor than people think could have been made. None of it was done.

And the effect was that a narrative of Rispone as a guy with no message other than he’s mini-Trump and an outsider who will somehow produce more jobs – without a discernible plan for how – took hold. Worse, the perception also took hold that Rispone didn’t have a clue how to govern the state, something which was never going to be true given the roster of people he could choose from to fill out his administration.

The neglect of state-relevant messaging was an unmitigated failure, and the total reliance on Trump as Rispone’s only asset was a sign of laziness and lack of imagination on the part of his staff. We’ll talk more about that in our next post among these postmortems, which deals with personnel and performance.