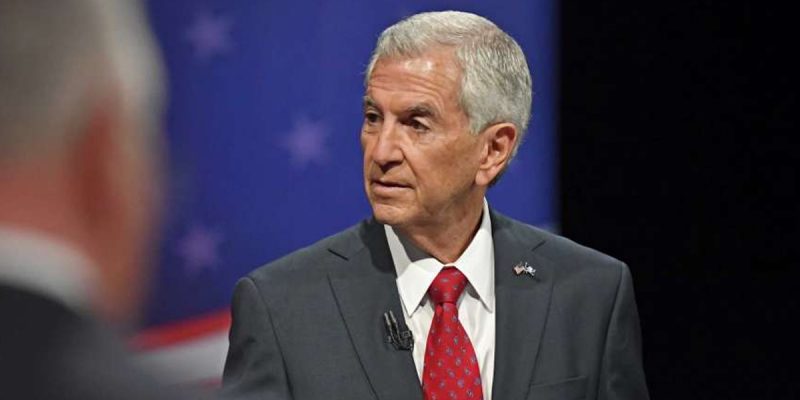 Perhaps the most frustrating thing about the Louisiana gubernatorial campaign which ended Saturday with Eddie Rispone being the only major Republican candidate not able to best a Democrat opponent was those who know the real Eddie Rispone know a far better man than was portrayed during the race by his own team.

Eddie Rispone is not just some mini-Trump without all the funny tweets and glib nicknames for his opponents. The real Eddie Rispone, in fact, is nothing like Donald Trump at all other than that he’s a wealthy businessman who seeks to be a change agent on the political scene.

When Rispone began his race late last year, our expectation was that since he came into it with very little name recognition among the people of Louisiana he would be depositing a chunk of his fortune onto the airwaves to tell his story. He didn’t. Instead, he did very little until late July, having ceded most of the momentum in the race to Ralph Abraham as the latter went around the state building relationships and racking up endorsements from local political officeholders and Republican activists. Rispone, who entered the race with far more resources than Abraham and had the ability to outwork the sitting congressman out on the hustings, put himself – or allowed his campaign team to put him – in the position of having to come from behind. Ultimately, that resulted in his having to attack Abraham late in the primary in a desperate gamble which only paid off in the sense that it prolonged his campaign until turned-off Abraham voters abandoned him and uncommitted voters with bad tastes in their mouths didn’t turn out in the numbers to offset John Bel Edwards’ turnout machine.

And it was all so unnecessary.

Rispone led with ads selling him as a follower of Donald Trump’s, and a critic of illegal immigrants. That isn’t who the people who know the real Eddie Rispone would define him as.

The real Eddie Rispone appeared in a few TV ads the campaign released. He’s described vividly and lovingly in those ads by his daughter Dena and his wife Linda, and in the one biographical ad he did run which talks about his history.

Do Louisiana voters really know that history? Do they know his grandfather immigrated to this country at 15 years old not only not knowing English but unable to read and write – and that he taught himself our language and learned to become literate both in Italian and English? If Eddie was going to talk about illegal immigrants, he needed to set that talk off by making sure all of Louisiana knew about Grandpa Joe, who was the classic American immigrant story.

Eddie could have let the voters know that his people settled in Tangipahoa Parish just as John Bel Edwards’ people did. But while the Edwardses were landed gentry with all the privilege the antebellum and then Jim Crow South could have afforded them, the Tangipahoa Rispones came up dirt poor and had to make their way up from the bottom.

And that’s what Eddie Rispone’s father did, moving the family to Baton Rouge and getting a job as a machinist at the Exxon refinery, riding his bike to work every day and going to night school while trying to provide for a huge family – a wife, six sons and a daughter. You’ve seen the ad showing the small two-bedroom house he grew up in, but you might not know one of the biggest moments of his childhood came when his father brought home a little window AC unit to install in the living room. The family’s budget was so tight that his father forbade the use of that window unit, scrimping as they were on the electric bill, except in emergencies.

He grew up on toasted bread because stale bread from the “day old” bread rack at the store, when toasted, is like the fresh stuff. And he grew up drinking a mix of whole milk cut with powdered milk and water because that’s how you can make the family’s budget last. Ditto for meat – it goes further when you use a lot of gravy on the plate.

But while the Rispones were broke, what they weren’t was poor.

That family, crowded into that little house as they were, loved each other. And Eddie’s mother and father raised their kids to be workers and givers, and to be responsible and self-reliant.

Which Eddie was. He took a Catholic education to LSU, where he put himself through school working as an electrician. He actually helped build what’s now the Pete Maravich Assembly Center – crawling through duct work, pulling wiring, climbing ladders and sweating through his shirt in the mornings, then getting cleaned up for class in the afternoon. And that hard work resulted in his joining LSU’s first-ever graduating class in its Construction Technology program in 1972. He was the first in his family to graduate from college.

By then he’d married his high school sweetheart, Phyllis. They were living in a trailer. Not a double-wide – a 10 foot by 50 foot trailer. They weren’t ashamed of the thing; it was a palace to them. But Eddie built their first real home himself, using the skills he’d learned on the job and at LSU. What he was most proud of was that it had central air conditioning that could run all day and all night.

By the time he was 25, Eddie had a job with a construction company called McCracken, which later became MMR. He scraped up some money and bought a share of that business, and as it grew so did his fortune. Fourteen years later he sold his share of MMR and went into business with his brother Geri. They set up a company called Industrial Specialty Contractors, otherwise known as ISC, which would become expert in doing instrumentation and control work at Louisiana’s industrial and petrochemical facilities along the Mississippi River and elsewhere.

ISC grew rapidly after its birth in 1989, and today does more than $300 million a year in gross revenue. It employs nearly 4,000 people out of its offices in Baton Rouge, Lake Charles, Beaumont and Houston. It employs a highly diverse, well-paid workforce which exceeds the industrial construction industry in providing opportunities for underprivileged folks and minorities. He’s loved by his employees – you will look far and wide to find anyone there without good things to say about Eddie.

And his current wife Linda, who lost her husband before she met Eddie, has nothing but good things to say about him. They merged their families into a giant clan of some of the nicest people you will ever met. Those who know them consider it an honor and a pleasure to have them in our community.

And along the way Eddie has shared his fortune. He’s one of the great philanthropists Baton Rouge has to offer. After the 2016 floods Eddie gave generously of resources, money and time to rebuild churches throughout the Baton Rouge area damaged by the deluge, and told nobody about it during the campaign. For years Eddie has been known as a go-to for charitable causes, and he’s also been a leader in trying to improve life for the people of Louisiana.

Particularly the people needing the most help, namely our kids who don’t come from wealthy families. With some 175,000 kids toiling away in failing Louisiana schools each year, a scandalous amount of potential is wasted, and Eddie Rispone – as much or more than anyone else in Louisiana – has been busting his rear end attempting to do something about it. He’s given millions of dollars to the effort to give those kids and their parents a choice to escape those schools, and Eddie’s leadership played a huge role in Louisiana’s education reforms passed in 2012. Those reforms are probably the single most important thing accomplished during Bobby Jindal’s time as the state’s governor, and they’re ever so slowly paying off. This past year Louisiana was practically the only state in the union showing educational improvement while the national test scores trended downward.

Those of us who know the real Eddie know he’s not some Trump mini-me, or that he’s anxious to kill TOPS or supplemental pay for police and firemen. We certainly know he isn’t some racist like David Duke, or a liar who attacks other Republicans.

We know he’s not the man portrayed in those campaign commercials – not the man John Bel Edwards says he is and not the man his media consultants, Heath and Mallory Thompson of Something Else Strategies in Easley, South Carolina, opted to make him.

And that’s what is so infuriating. If Louisiana had met the man we know, they’d have been ecstatic to make him governor.

Look, it’s on Eddie that he chose his team poorly, and it’s on him that he allowed them to rake him over the coals financially for such meager results. That can happen when you’re a good and honest man trying to become governor for all the right reasons but don’t know the ins and outs of a very dirty political game. It doesn’t take the sting off how this went, though, and it will never be forgotten that a golden opportunity to set this state in a better direction was lost because a good man made some bad decisions.

We’ll wallow through four more years of bad leadership and a standstill in this state’s progress because of those. We wouldn’t have had to if the voters had met the real Eddie Rispone.

Interested in more national news? We've got you covered! See More National News
Previous Article California agency in noncompliance with ruling it can’t penalize a company for helping blind, disabled without a permit
Next Article SADOW: Lessons From The 2019 Louisiana Governor’s Race