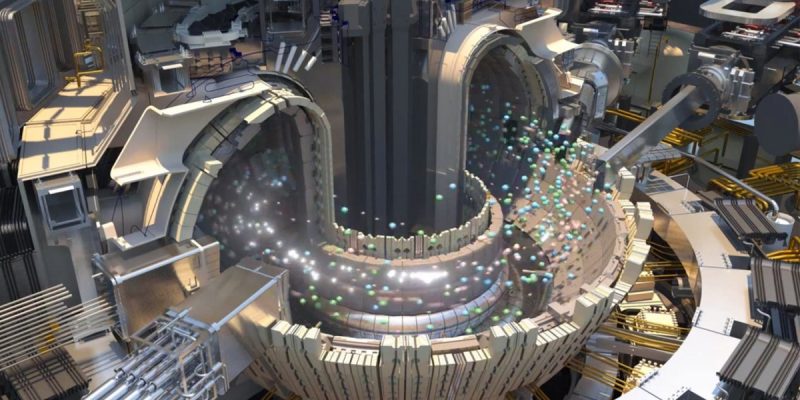 As we approach the new year let’s peer into a looking glass and try to divine the future of our beloved state and its people. I know there are many variables that will have direct impact on that future, but the irresistible force of economic laws and great strides in science are predictable. It’s just a matter of timing.

Who of us doesn’t think that the extraction and processing of oil and gas is literally the heart of Louisiana’s economy? And who thinks that our leaders just assume that this largesse will last forever?

But what if I told you that the end of the heyday of industries related to fossil fuels is nearer than we might think. You see within the lifetime of our children or grandchildren, the current level of use of fossil fuels might well become as obsolete as the horse and buggy is today.

This conclusion is built on factors unrelated to the current debate about climate change, but ironically with the end of demand for fossil fuel products the whole concern about fossil fuel use will fade. In fact I seriously doubt that in the near future climate change will even be a consideration, as the non-polluting production of limitless energy will supplant any climate concerns.

What am I talking about? Well, a few bizarre sounding words, words that most have never heard, will become everyday vernacular and they, not liberal tree huggers, guarantee the end of our dependency on fossil fuels. Tokamak, stellarator, inertial confinement by laser, and more technical terms yet undreamed of. No, these are not words coming from the fertile mind of a science fiction writer. They are the real terms for the first generations of what will become commercial nuclear fusion reactors.

Nuclear fusion, unlike the commonly used nuclear fission process, will produce limitless energy, will use inexpensive and readily available fuel, and will create limited dangerous byproducts. The heat from these devices will create undreamed of low cost electricity and low cost portable fuel; the very products created through the use fossil fuels today. And with their commercialization comes the end of the demand for fossil fuels. We are already seeing the widespread use of electric cars, couple their acceptance with low cost, clean electrical generation and you will see the end of internal combustion engines and all other forms of conversion of fossil fuels into everyday power applications.

There will still be a petrochemical industry, obviously. People will still needs plastics, industrial lubricants and other petroleum products. But gasoline for your tank? Not so much.

And when will this happen? Maybe very soon, in fact the commercialization of these reactors may end mankind’s dependency on fossil fuels within a few short decades. China is expected to turn on its first tokamak in 2020. Another one, the ITER tokamak, is close behind. If the technology works as expected, the economics of supply and demand will drive commercial applications in the blink of an eye. Just as today’s children read about sailing ships of the 19th century, our grandchildren or great grandchildren will only read about gasoline filing stations in history books.

So what about my opening question, what will our state, a state whose whole economy is fundamentally based upon oil and gas extraction and processing, do when its economic lifeline is cut? Well, there will always be a need for some petroleum to be used as a raw material to make chemicals and plastics, so there will always be some demand. But that demand will be a shadow of what we have seen for the past hundred years. As soon as nuclear fusion replaces oil and gas use, the current downturn in the oil patch will become extreme and permanent. Our people, dependent as they are on the fossil fuel economy today, will tomorrow need a world of new kinds of jobs. Failure to address the time when large scale oil and gas use becomes just history is nothing short of dereliction of duty.

We have some time. Al Gore preached of an “inconvenient truth” about climate change mandating the short term end of fossil fuel use, but that won’t happen. Instead science and economics of the later 21st century will end the large scale use of petroleum as a fuel source. And with the end of an economy underwritten by the production and refining of oil and gas looming, Louisiana will have time to develop substantial new economic engines before it faces disaster. But failure to do so raises the specter of history that is replete with numerous examples of cities and states that have become economically obsolete, and that outcome is always ugly.

There is no way that today’s politically-correct efforts to end the near term use of fossil fuels will succeed. Americans are not willing to unilaterally surrender their coveted lifestyle, and other countries will continue to view their growth as measured by the amount of carbon by-products they spout into the air. Inexpensive fossil fuel use will not end until its replaced by an alternative. And as noted the concerns about carbon will become irrelevant as science succeeds where liberal politicians fail. Change is inevitable but in the meantime fossil fuel will be our only dependable source of energy and so Louisiana’s people will still have work. But there is a finite time frame to those jobs and once that time is up, once fusion supplants fossil fuels, there will be no chance to change course.

And herein lies the real inconvenient truth that my years in politics has taught me. Long term planning and strategy is not something that politicians understand or want to understand. If current scientific progress is a prologue, we may have 30 to 50 years to prepare for the end of the main driver of our economy. It goes without saying that I am convinced that today’s batch of leaders will defer making hard decisions by “kicking the can” to their heirs, but that will be far too late. Unfortunately we do not have the luxury of deferring action; once commercialization is achieved the end of fossil fuel use will accelerate rapidly and our economic base will decline equally rapidly. Even if we start today, it may take a generation or two to alter our economic model and create jobs in a new economy. To avoid an irrelevant future the time to start changing is now.

Will we do it? I hate to be pessimistic but our leaders don’t even recognize the faults in and dormant opportunities offered by our current economic structure; so any thought that they would want to tackle a 30 to 50 year future problem is unrealistic. Perhaps our hope resides in academia? Perhaps we could challenge those who are our best and brightest to analyze our problem and to start to develop a strategy. Or perhaps, we should all just go to a Saints game and not worry about it.

The future won’t wait. Louisiana is in dire peril and must change. That means developing a new economy, based on new concepts and new economic sectors, not just the usual futile efforts to adopt someone else’s last great idea, is compelling.

The clock is ticking!

The cute little phrase that we love to describe ourselves by, “Le bon temps roule,'” just won’t work anymore.