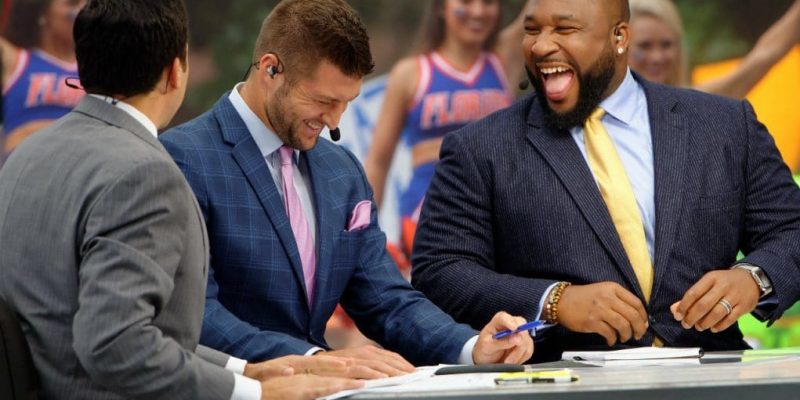 A little over a month ago, former LSU Tiger Marcus Spears absolutely owned Stephen A Smith on a morning ESPN television show.

This morning, the day after the College Football Playoff was released, he had some fun with another ESPN analyst concerning LSU quarterback Joe Burrow.

Dan Orlovsky claimed that the best quarterback in college football is Clemson’s Trevor Lawrence. Upon hearing this, host Mike Greenberg, in the background, immediately quipped, “I don’t agree with that but go on, I’ll let you keep talking.”

Spears had other ideas. No political correctness here. He burst into laughter and walked away from the table.

Later in the segment, Greenberg said to Spears, rhetorically, that he assumed the former Tiger thought that Burrow is the best quarterback in college football. Spears was quick with his response.

To make things more comical, Orlovski argued, “I wonder what the numbers say.” Well, the “numbers say” something abundantly clear:

This is particularly disappointing because Orlovsky is a good analyst. Let’s hope ESPN forced him to say this to create a little entertainment and a spike in ratings. After all, it would be boring if everyone said Joe was the best. Still, the appearance is that Dan didn’t do his homework on the statistics, regardless of what his personal opinion is. As good as Trevor Lawrence is at Clemson, as deserving as he will be when he is likely the No. 1 pick in the draft in 2021, Burrow has simply had an otherworldly season that few have ever matched, and there’s nothing shameful about any quarterback taking a backseat to that.

Still, as staged as ESPN can get, it’s all worth it in the end, any time you get to see Marcus Spears belly laugh.