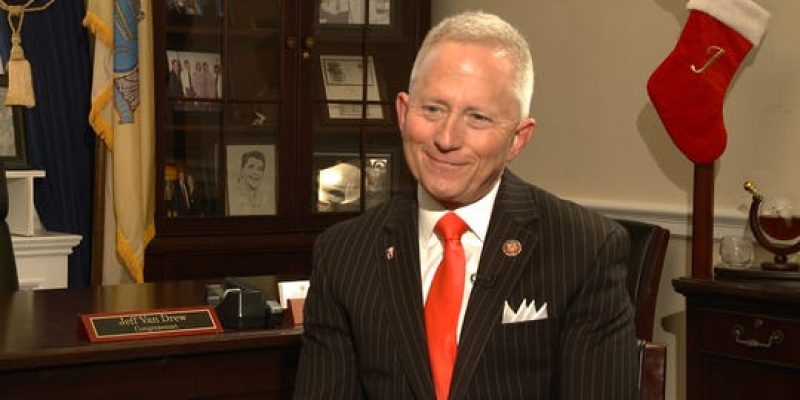 Impeachment continues to divide the Nation, Congress and even the Democrats, as it is being widely reported that U.S. Rep. Jeff Van Drew (D-NJ) will soon switch parties over the matter.

One of only two Democrats to vote against opening the “impeachment inquiry”, Drew is a Dentist and former State Senator representing a district President Trump won by 5 points.

Rep. Van Drew is rumored to have asked President Trump for his support for re-election next year before moving forward with plans to join the Republican Party later this week.

Five of Drew’s congressional aides resigned Sunday, expressing their frustration and disappointment with their boss’s decision. Drew’s Chief of Staff is expected to stay.

Republicans continue to celebrate the move, saying it’s a sign of a larger disconnect with American people while Democrats are attempting to dismiss the move as a purely political one.

“Wow, that would be big. Always heard Jeff is very smart!”

House Judiciary Chairman Jerry Nadler (D-NY) dismissed the move saying Drew “knew he could not get renominated” and adding that this about protecting the US from “tyranny”.

An official statement from Congressman Van Drew is expected sometime this week.