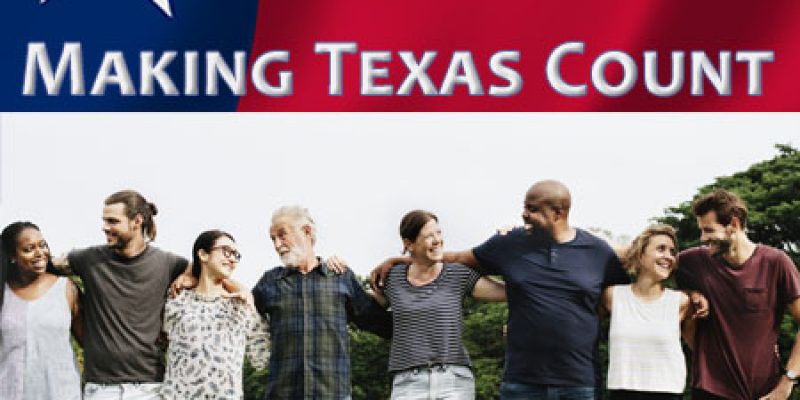 Texas’ population has increased more than any other state’s since the last U.S. Census, adding an estimated 4.5 million new residents. Despite this, state officials chose not to spend any money or make any statewide plans to get an accurate count of its residents for the 2020 Census.

The census takes place once every 10 years. Accurate, and inaccurate, census counts could directly impact the number of congressional seats and amount of federal money directed toward education, healthcare, transportation, emergency and other funding that states receive.

Texas is one of only five states that chose not to create a “complete count committee” to coordinate with counties and cities to count their residents, according to the National Council on State Legislators.

A 1 percent undercount could cost Texas $300 million in federal funding per year, NPR reports. Up to three additional congressional seats also could be at stake.

The Dallas Morning News Editorial Board emphasized the importance of an accurate census count last year.

“The census itself isn’t about voting, immigration or citizenship. This is about counting residents – how many people live in our state, use our roads, hospitals, schools and other services,” it wrote. “Texas should do all it can to make sure every person is counted. We only do this job once every 10 years. Let’s do the job right.”

The editorial board added: “Hundreds of thousands of Texans live in areas that are hard to count because of cultural and language barriers. Census workers need the support of ad campaigns, community groups and public awareness to see that residents understand what is happening and respond to the census questionnaire.”

Since the state hasn’t acted, local groups have taken it upon themselves to take action. Austin Complete Count Committee, a city-led group, is focusing on improving the census count in Austin.

The League of Women Voters of Texas is also working with nonprofits across the state to make the census count a priority – including targeting those who make up some of the largest immigrant communities in the U.S.

According to 2015 Migration Policy Institute data, more than half of the state’s illegal immigrants have lived in Texas for more than 10 years. According to the institute, Texas has the second-largest undocumented immigrant population in the country behind California.

The George Soros-funded Center for Public Policy Priorities, a group heading a Texas Counts initiative hopes to reach the at least 25 percent of Texans who are considered hard to count because they live in immigrant communities. The statewide campaign has created a coalition of 120 counties and nonprofit agencies “to help ensure a fair and accurate count.”

The U.S. Census Bureau has created guides through its America Counts initiative to help citizens understand the importance of being counted. It states, “Next time you’re on your morning commute, merging on to a freeway or crossing a bridge, think of the decennial census.

“Your responses to the 2020 Census, which includes every person living in the United States, may help decide when and where roads and bridges will be built in your community.”