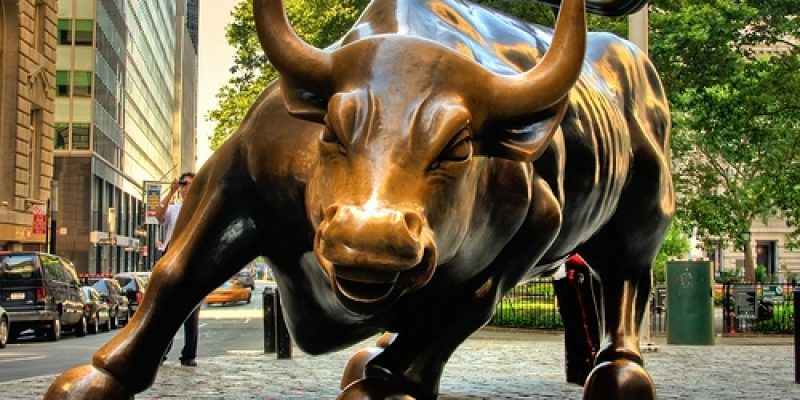 The Dow hit its first high mark since 2011 after the Nov. 8, 2016, presidential election, CNBC reported, first increasing by 5.4 percent.

During the same timeframe, S&P 500 gained more than 46 percent.

“The stock market has been unstoppable under the influence of President Trump,” Jonathan Garber at FOX Business said.

Of the Monday milestone, Trump tweeted, “New Stock Market high! I will never get bored of telling you that – and we will never get tired of winning!”

The gains come two years after tax reform and within a few days of the president reaching a deal with China, which is expected to go into effect in January, and after Democrats agreed to review and pass a revision to the U.S.-Mexico-Canada Agreement (USMCA) after sitting on it for more than one year.

“The rally has been driven by pro-growth measures, de-escalation of trade tensions, huge liquidity injections by central banks and a FOMO approach by investors worried about missing out on a remarkable U.S. market outperformance that has set one record high after the other,” Mohamed El-Arian, chief economic adviser at Allianz, told Fox Business News.

Both the USMCA deal and final negotiations with China are expected to keep expanding economic gains and drive the stock market up even further. Others point to continued low interest rates overseen by the Federal Reserve.

According to a Bank of America Dec. 12 analysis, strategists Michael Hartnett and Tommy Ricketts expect “returns to be front-loaded in 2020.” They also expect the S&P 500 to surge by more than 5 percent, reaching 3,333 by March 3.

The bank’s Global Fund Manager Survey concluded that 2020 would begin with “outright bullishness.”