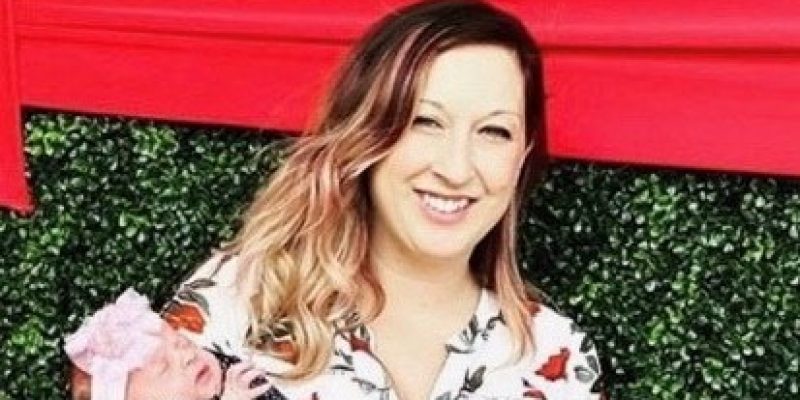 Heidi Broussard, 33, and her daughter, Margot Carey, born Nov. 26, were reported missing Thursday evening, Dec. 12. Police say the two were last seen when Broussard dropped off her son at Cowan Elementary School in Austin that morning.

Neither Heidi nor Margot have been seen since.

Broussard, originally from Lake Charles, Louisiana, is a white female who is 5 ft. 3 inches tall and weighs 150 pounds. She has long, dark hair with highlights.

Anyone with any information is urged to call the Austin Police Department: 512-974-5250.

APD NEWS RELEASE: Please call 911 immediately if you have information about the whereabouts of Heidi Broussard and 2-week-old Margot Carey – Photos – https://t.co/eWeT188C7e pic.twitter.com/d3vctIp6Ek

“She went to (the) book fair today at 8 a.m. with her little boy then at 12 her (fiance) tried to call her and it went to voicemail like it was dead then at 6 p.m. the school called her (fiance) and said that Heidi had never showed up to get (their) little boy.”

Shane Carey, the father of Margot, told CBS Austin that he last spoke to Broussard around 8 a.m. on December 12. Carey said that he returned home from work around 2 p.m. and found that Broussard and his daughter were not there.

Carey says he then received a phone call from Cowan Elementary School stating that their son was still there and no one had come to pick him up. Carey then went to pick up him up and when he came home and Broussard still wasn’t there. He then called the police. The police filed a missing persons report around 7 p.m. Dec. 12.

Carey told KVUE, “I don’t know why anybody would ever harm or touch these two beautiful women together.” Carey said, “She is an amazing person. She has amazing support, friends behind her. She’s so personable – one of the best people I’ve ever met, so kind, and she does anything for her kids – one of the best moms.”

Police Detective Brad Herries said authorities are exploring “every possibility” and are assuming both the mother and baby are alive.

“It’s possible that Heidi and Margot have left on their own accord,” Herries said. “It’s also possible that there may be something nefarious or foul play involved.

The police said they do not have a person of interest in the case.