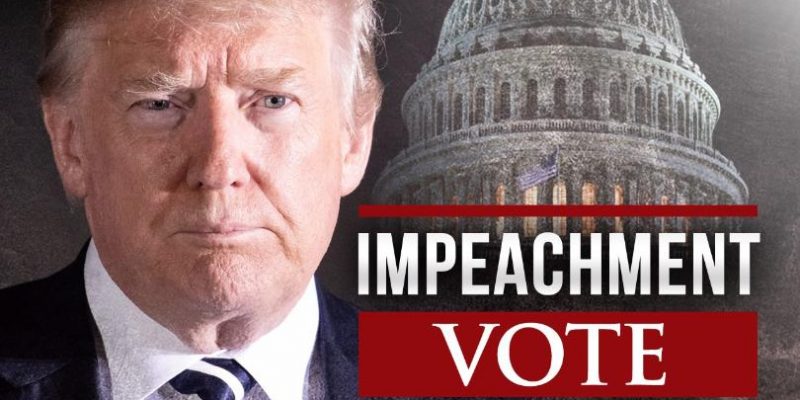 When the House of Representatives passed their final version of impeachment articles against Donald Trump, one of the two charges levied against him was “abuse of power.”  The House had multiple complaints, but one struck this author as somewhat odd: “He did so through a scheme or course of conduct that included soliciting the Government of Ukraine to publicly announce investigations that would benefit his reelection, harm the election prospects of a political opponent, and influence the 2020 United States Presidential election to his advantage.”

Yet, multiple presidents, recent and older, have used the authority of their office to benefit their re-election chances.

Three years ago, in the midst of an economic crisis, a newly elected President Barack Obama stepped in with a bailout for the auto industry. The indisputable good news is that Chrysler and General Motors are still in business. The equally indisputable bad news is that all the defects in President Obama’s management of the American economy are evident in what he did.

Instead of doing the right thing and standing up to union bosses, Obama rewarded them.

A labor union that had contributed millions to Democrats and his election campaign was granted an ownership share of Chrysler and a major stake in GM, two flagships of the industry. The US Department of Treasury – American taxpayers – was asked to become a majority stockholder of GM. And a politically connected and ethically challenged Obama-campaign contributor, the financier Steven Rattner, was asked to preside over all this as auto czar.

This was crony capitalism on a grand scale.

Mr. Obama also came under fire for several other acts of crony capitalism, including waivers issued for Obamacare (One in 5 waivers issued in April 2011 went to upscale nightclubs, bars and hotels in Rep. Nancy Pelosi’s San Francisco district), Solyndra, and no-bid contracts.  In a 2012 editorial entitled “Obama’s Crony Capitalism,” the Washington Times recounted some of those now-infamous scandals:

In his speech, Mr. Obama made the case for bigger government energy programs, claiming “government support is critical in helping businesses get new energy ideas off the ground.” It certainly helps if you have given money to the Obama campaign. A CBS News investigation found that 80 percent of the $20.5 billion in Energy Department loans for “green” energy went to Mr. Obama’s top donors. The half-billion-dollar government loan guarantee to the bankrupt solar-panel company Solyndra is a model of Obama-style crony capitalism.

At the center of this sweetheart deal was oil billionaire and major Obama backer George Kaiser, whose family-foundation investment fund was a major stakeholder in Solyndra. The loan was rushed through despite warning flags that it was a risky investment. When failing Solyndra sought to restructure the loan, investors such as Mr. Kaiser were put ahead of taxpayers for recouping their investments. But unlike this insider, most taxpayers don’t enjoy “intoxicating” two-hour dinners in Las Vegas with Mr. Obama to discuss energy policy.

During the 2008 campaign, Mr. Obama promised to “end the abuse of no-bid contracts once and for all.” Don’t tell that to his friends. In May 2011, the pharmaceutical firm Siga Technologies, headed by Obama intimate Ronald Perelman, received a $443 million sole-source, no-bid, no-questions-asked government contract for an unnecessary anti-smallpox pill. Siga previously had been awarded a $3 billion contract after placing former Service Employees International Union boss and frequent White House visitor Andy Stern on its board.

Not a word from Democrats on these blatant abuses of power.  No impeachment by either political party was forthcoming.

Using the power of office to reward friends and punish enemies is nothing new.  Famously, Franklin Roosevelt employed the IRS as a weapon against his opponents.  “’My father,’ Elliott Roosevelt observed of his famous parent, ‘may have been the originator of the concept of employing the IRS as a weapon of political retribution.’” FDR famously employed the IRS against Huey Long and his machine after Mr. Long publicly feuded with the President, sending, according to Mr. Long, “‘hordes’ of agents, 250 at least, on his trail and that of his friends. . . .”

These examples of Democratic conduct are not meant to say that Mr. Trump’s alleged conduct regarding Ukraine, if found true, is either good or bad.  It is simply to point out the hypocrisy of the modern Democratic party.  Presidents from both parties make decisions with political implications.   Impeachment for those political decisions is a very slippery slope that our country has never gone down.

Democrats are hypocrites for going down that slope now.