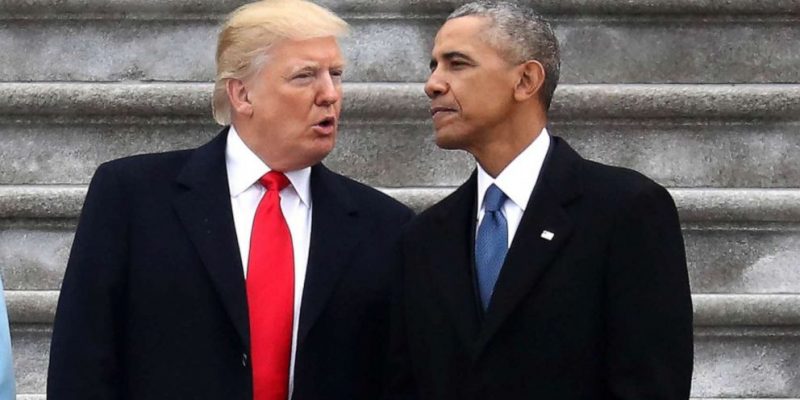 According to a new poll from Gallup, President Trump has tied President Obama this year for the first time in their annual “Most Admired Man” poll.

Since 1948, Gallup has asked Americans to name their “Most Admired Man” living in the world. For the past twelve years Barack Obama has earned the top spot.

However, this year he will be sharing the spotlight at 18% with one of his biggest critics, President Donald Trump who is up from 14% last year.

Predictably, each was overwhelmingly popular in their own political party with about the same support from independents and across the aisle. No other man garnered more than 2%.

The results were as follows:

Most Admired Man, 2019, Overall and by Party

What man that you have heard or read about, living today in any part of the world, do you admire most?

On the “Most Admired Woman” side, former First Lady Michelle Obama received 10% to remain in the top spot with First Lady Melania Trump placing second with 5% of the vote.

Reverend Billy Graham holds the record for most top 10 finishes for either gender at an impressive 61 times before his passing last year.

President Reagan maintains the second most top 10 finishes for Most Admired Man.

This Gallup poll was based on phone interviews of 1,025 adults across all 50 states with a margin of error of +/- 4%.