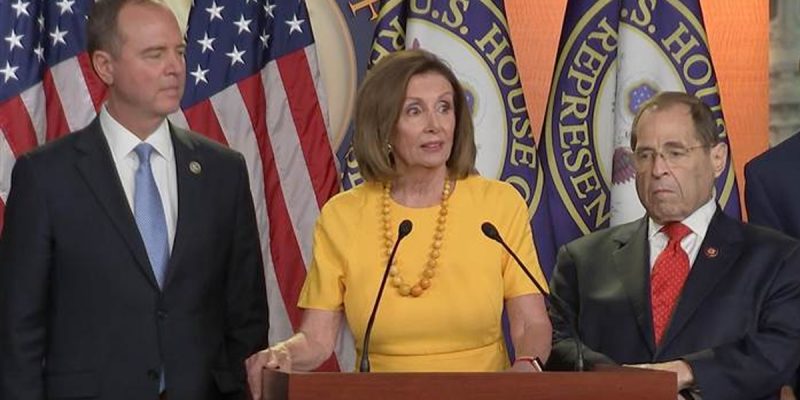 When I was a child in the 1950’s and 1960’s our teachers and our parents softly introduced us to the fact that there were evil forces beyond our shores that wanted to destroy America, our Constitution and every thing we stand for. It was hard for a child to comprehend, even as we cowered under our school desk during emergency drills.

We were shown pictures and black and white films of people from far-off lands who spoke in indecipherable tongues who wanted to destroy us and capture our country. We were told they wanted to close our churches, schools and send us into fields to work farms for the common good. At ten years old, a boy doesn’t fully understand what his teachers tell him, but he does recognize fear in their eyes and knows something is wrong outside.

Then came the Cuban Missile Crisis and we were told in New Orleans that approximately 435 miles from us, there were rockets which could destroy our city in less than thirty minutes. We didn’t really understand what that meant, until we began to see Cuban children sitting the back of our classes,trying to learn English. We were told to be nice to them, as good Americans are charitable to those who have lost their homes. We did what we were told and the only reward were the smiles on the faces of our new friends. Smiles transcend languages.

We were told a thing called Communism was our enemy and people who were communist wanted to control our every move and close our churches. We began to understand, as we looked around our class rooms and saw our new friends who couldn’t speak English and only wanted to escape what was threatening us. Now, it began to sink in.

As as teenager, we were told that we had to stop the rise of this thing known as Communism and that a far-off county, Vietnam, was the place America would take its stand. It was nearly 10,000 miles away from New Orleans. Cuba was much closer.

In high school the message became clearer, as we heard stories of the evil of Communism and how blessed we were to live in a country that valued freedom and the rule of law, for we had something that no other country had–The Constitution. So we studied it in our Social Studies class and were taught it was the greatest legal instrument conceived since the Magna Carta. It was our protection against all enemies–foreign and domestic. We felt protected.

When I became a police officer many years ago, I was told that we were the front line of defense for our country. Not just the New Orleans Police Department, but all police and sheriff’s departments across the nation. We swore an oath to defend the Constitution; I still remember the first time I took that oath. At 21-years old, chills coursed through my body, as I felt I belong to something much bigger than myself.

I took that oath again when I became an FBI agent and again, chills coursed through my body. We were told that the FBI was the front-line defenders of all American’s Constitutional rights and privileges and were admonished not to take the oath if you didn’t intend on defending the Constitution. I took it and never looked back. Lamentably, it was a different FBI back then.

It took it again as an attorney in Louisiana and finally as an Assistant United States Attorney. The feeling was the same every time, for I was serving sacred principles that many man and women had died for–and now I was preparing to do the same, without reservation or regret. In Louisiana, it can be a challenge.

I was always told that America was so strong a nation that no one could destroy us, but us. We were told that the biggest threat to our nation came from within our shores. We smiled and thought how lucky we were, that that day would never come.

My God, how wrong we were, for today, that day has come.

What was once shiny trays of service to the people have now been beaten and forged into bayonets pointed by OUR government at OUR breasts. What was once a government which could only existed, because the people said it could, has shredded the Constitution, under the aegis of “The Rule of Law” and now wants to deprive US of OUR sacred right to vote, among other sacred rights enshrined in our Constitution.

Today, members of the House of Representatives have hijacked our country, much like the threats I heard when I was a child. There are no rockets flying through the air, no foreign troops marching through our streets, only an ersatz legal movement in the Halls of our Capitol designed to wreck our government and by extension our Constitutional Republic. Yes, the threat is among us, by us and against us.

No longer are we a free people, as long as there are putative Americans, consumed with the lust of power and intent on overthrowing the election of 2016 and the one yet to come in 2020. Instruments of our laws are being used against us. Though you feel no pain, yet, it will come, once you realize what you have lost.

Today, members of a deranged segment of the Democrat party, the party that started one civil war, brought us lynchings, the KKK, Jim Crow laws, opposition to the 13th, 14th and 15th Amendments to the Constitution, the Immigration Act of 1924, Progressivism (communism in a new suit), wars in Korea and Vietnam and decades of urban poverty have conceived amorphous Articles of Impeachment against our duly-elected President, Donald J. Trump, claiming he abused his power by asking a foreign government to help investigate a crime, which the former Vice President admitted to, in violation of the Corrupt Foreign Practices Act. What? Yes, what? That’s what this is all about, plus the deprivation of our right to vote in November of 2020.

Today, our Government, which is actually the American people, is under attack by a corrupt gaggle of power-sodden Democrats who are intent of bringing these worthless charges before the entire House of Representatives. This can not stand. This can not be allowed to go forward. This must be stopped by the righteous will of the American people. Some politicians want power so much, they are willing to overthrow our government and start a new one, without the consent of the people. Will We THE PEOPLE allow this to happened? Will we squander our inheritance of freedom?

I wrote, supra, that these threats are among us, by us and against us, which are aimed at destroying our government of the people, by the people and for the people. The only remaining question is will our Constitutional Republic perish from this earth?