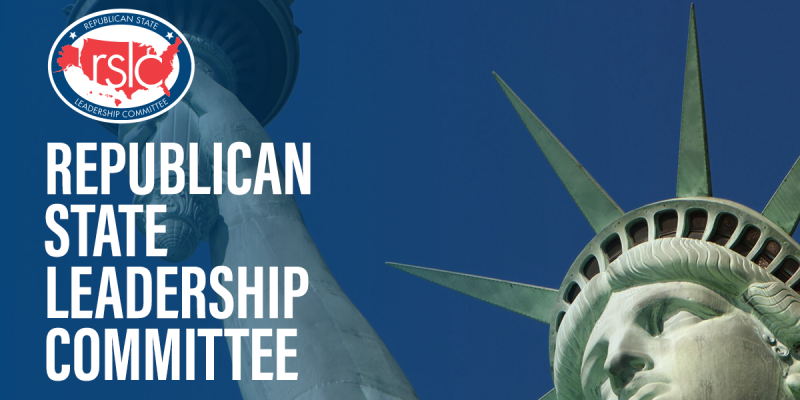 At least that’s the strong impression we received reading POLITICO’s piece covering a meeting of the Republican State Leadership Committee, the organization running down-ballot state races for the Republican party across the country. The RSLC is the organization whose president, 24-year-old political consultant Austin Chambers, ended up moonlighting as the general consultant for Eddie Rispone’s near-miss gubernatorial campaign in Louisiana.

We covered all of the things that were wrong with that campaign in a series of six posts after Rispone lost a 51-49 race to the eminently-beatable and now thoroughly lame-duck John Bel Edwards; you can read the entire series here, here, here, here, here and here.

As those posts were going up we received an email from a member of RSLC’s board requesting a phone conversation to discuss, off the record, Chambers’ performance as Rispone’s general consultant. This individual didn’t want to have the conversation over e-mail, but what he did want was to “better understand your documentation of what you have written.”

That smelled very strongly of an attempt at a cover-up, so we didn’t engage further. Particularly when another RSLC board member reached out and encouraged us to continue with the series, and including a couple of other nuggets…

Instead of doing either full-time, he’s been bouncing back-and-forth between the two and losing both.  He wasn’t even in D.C. for the last week at the RSLC offices because he was in Louisiana. In fact, he closed down the offices of the RSLC Friday before last so that it was less obvious he wasn’t there.

You should call/email some of the RSLC Board Members and ask why their 24 year-old, full-time President, who’s making $250,000/year, is down in Louisiana running a Governor’s race. Or even better call Eddie Rispone and ask him if he knew his General Consultant wasn’t even focused on either of his jobs.

FYI, the reports of his drinking and gambling are well known at the RSLC and they’ve been worried about it for weeks now.  You should send them that excerpt from your story about the night of the Trump Rally, because it will resonate with them.

We’d been getting information from the inside of Rispone’s campaign in little droplets from sources here and there, and that information started coming in a flood late, as people who had busted their rear ends for Rispone began realizing how dysfunctional the management of the campaign, and how discordant its message, was. Almost all of it pointed back to Chambers, who came off as a self-important and arrogant ass with absolutely zero knowledge of how to run a campaign.

But others on the inside told us Chambers and campaign manager Bryan Reed were really just puppets of other out-of-state actors who were the ones actually pulling the strings. Campaign consultant Heath Thompson of Easley, South Carolina, who billed some $487,000 in radio and TV production and other services and produced Rispone’s “Boom, there it is” ads painting Rispone as a mini-Trump, was prominently mentioned, as was pollster Tony Fabrizio, who billed Rispone $762,000 for polling which didn’t create a message that resonated with Louisiana’s voters.

Maybe that last part is true. You would think a 24-year-old whose first major foray into the life of a political guru ended in the disaster that was Eric Greitens’ resignation as Missouri’s governor couldn’t land a $250,000-a-year job leading the Republican Party’s efforts to win state legislative seats across the country without having some pretty powerful friends.

And that brings us to this POLITICO piece by a reporter named Ally Mutnick. We don’t know her and she definitely doesn’t know us, especially given that she didn’t bother to contact us prior to writing her piece about a meeting the RSLC’s board had to flesh out the Austin Chambers problem.

The GOP group charged with winning state legislatures is in turmoil — sparking concerns that the party is at risk of blowing the next round of redistricting.

The Republican State Leadership Committee has seen an exodus of top staff in recent months, has lagged behind its Democratic counterpart in fundraising and is struggling to explain why its new president, Austin Chambers, was also moonlighting as a general consultant for Louisiana businessman Eddie Rispone’s failed bid for governor.

Republicans are reeling after major 2019 losses in Virginia, Kentucky and Louisiana — as Democrats are organizing and fundraising at a record-breaking clip. Led by former President Barack Obama and former Attorney General Eric Holder, they are working to prioritize state-level races after getting clobbered in the post-2010 redistricting.

Now, some elected GOP officials, donors and party strategists are questioning the RSLC’s leadership. Complaints grew loud enough that committee officials convened a conference call the Tuesday before Thanksgiving in which Chambers and Bill McCollum, the chairman of the RSLC board, took questions from state lawmakers perturbed by Chambers’ outside work, which many were unaware of until after the Louisiana elections.

“Viewed in the most favorable light, these actions create terrible optics at a crucial point in the redistricting cycle,” said a Republican operative close to the committee. “Not only do RSLC employees not have time for moonlighting — moonlighting undermines the confidence of the legislators involved in the organization and potentially some of its donors, too.”

The story goes on to quote Chambers as saying he’s getting a bunch of ankle-biting from people who didn’t want him to get his current job (given the results he’s driven to date, it seems like those people were probably right), and then it brings us up…

“Peddling lies and insider gossip doesn’t help advance RSLC’s objective,” he said in a statement. “I’m going to stay focused on the main thing: winning elections. The RSLC had one of its best years it’s ever had, and we look forward to building on that in 2020.”

The conference call was billed as an opportunity for Chambers to address several posts written by a conservative blogger in Louisiana that skewered his work for Rispone, according to an invitation obtained by POLITICO. At least three major RSLC donors have expressed concern about Chambers after reading the blog posts, which cast him as an inexperienced, out-of-town hired gun, according to three people who have spoken with them.

This account is based off interviews with over a dozen operatives and elected officials close to the committee, nearly all of whom were granted anonymity to speak candidly and avoid repercussions.

But it’s pretty clear most of the anonymous sources Mutnick uses for her story are Chambers’ pals, which is why we get this…

RSLC sources described the call as an attempt to clarify expectations before 2020 and dispel rumors created by the blog posts. And they insist there are few tangible signs that the committee isn’t prepared for the cycle. The RSLC helped win a supermajority in the Louisiana state Senate. In Kentucky, they swept down-ballot races, including a highly contested secretary of state race. In New Jersey, Republicans flipped several state legislative seats, though they are still in the minority.

“We could not have asked for more,” Cox told POLITICO in a statement for this article. “All of that stems from Austin’s leadership, and I can easily say he worked harder than anyone in the country to help us.”

So the RSLC is now trying to take credit for the Louisiana state senate results, which virtually nobody on the ground here in Louisiana attributes to them. It was the Louisiana Committee for a Conservative Majority and LABI’s four political action committees who won those races, with the help of lots of other local organizations. RSLC’s total 2019 spend was $332,000, which was a drop in the bucket.

And it’s really, really offensive to hear Chambers say that his critics are detracting from the RSLC’s mission by spreading rumors about him.

Austin Chambers came to Louisiana and blew a winnable gubernatorial race, and because he did there are millions of people who will be stuck with the worst-run state in America. Some of those people worked their rear ends off to avoid that sad result, and they’re the ones who blew the whistle on his poor campaign management. Somehow they’re supposed to care about the RSLC’s mission as defined by his job performance?

If this is what’s acceptable performance by the people in charge of the RSLC, including its chairman Bill McCollum who has lost more major races than practically anybody in America and who’s quoted in the POLITICO story as saying he can’t imagine anybody at the RSLC would want Austin Chambers fired, then anybody who gives these people a dime might as well answer those emails from Nigeria.

This is what it means to be the Stupid Party. That Austin Chambers, the architect of the disaster in Virginia who was moonlighting down here to give us the disaster of Rispone’s campaign, still runs the RSLC tells you how shot through with incompetence and graft the GOP is even in the age of Trump.