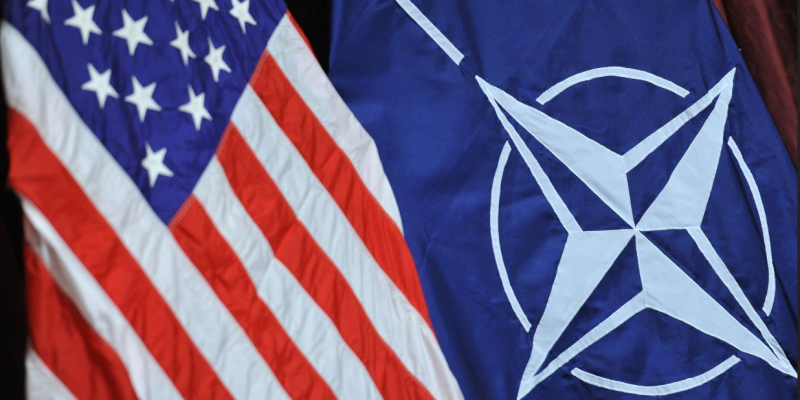 Countries who have historically been delinquent in meeting their NATO defense spending commitments will now be paying up, President Donald Trump said Thursday. They will now be contributing between $130 billion and $400 billion over the next three years.

NATO Secretary General Jens Stoltenberg, the former Prime Minister of Norway, called the progress “unprecedented” and thanked the president for his leadership this week at NATO’s 70th anniversary meeting.

The North Atlantic Treaty Organization was first created by the U.S., Canada and 10 Western European countries in defense against the former Soviet Union.

The principle clause of the Treaty, Clause 4, states, “an attack upon one is an attack upon all.” It has only been invoked once since NATO’s founding, by the United States after Sept. 11, 2001.

Trump has long criticized the organization, which now has 29 members, for being primarily funded by the U.S. for far too long. The U.S. has paid roughly 22 percent of NATO’s direct spending, more than any other member nation. It’s paid even more in NATO’s indirect costs, according to NATO budget information.

Previous U.S. administrations did not pressure other member nations to contribute to NATO, Trump has said. Only the U.S., U.K., Poland and Estonia contributed to NATO defense funding prior to Trump assuming office.

Senior administrative officials from the White House said that since Trump has taken office, the Allies have added over $100 billion in new NATO defense spending. In 2016, four member countries spent 2 percent of GDP on NATO defense; now, there are nine.

“It has not been a fair situation for us because we pay far too much,” Trump told reporters ahead of the NATO summit. “As you know, Secretary Stoltenberg said that we were responsible, I was responsible, for getting over $130 billion extra from other countries that we protect, that weren’t paying. They were delinquent.”

Known as “the 2 percent-ers,” the nine countries include Bulgaria, Estonia, Greece, Latvia, Lithuania, Poland, Romania, the United Kingdom, and the United States.

Officials say they expect there to be 18 countries contributing 2 percent of their GDP by 2024.

Instead of funding NATO, French president Emmanuel Macron and German Chancellor Angela Merkel have called for the creation of a European army.

Macron called for the formation of a “real European army” to protect the continent “with respect to China, Russia and even the United States of America.”

In a speech before the European Union, Merkel said, “We have to look at the vision of one day creating a real, true European army.”

Prior to the NATO meeting, Macron told the Economist that the alliance was facing “brain death.”

When asked about Macron’s statement, Trump told reporters, “It’s a nasty statement. It’s a very tough statement to make, when you have a tough situation in France.”

He also pointed to France’s “very high unemployment rate” and national crisis stemming by citizens who have joined the Yellow Vest Movement and protested daily for more than one year over economic disparities and government corruption.

“You just can’t go round making statements like that about NATO — it’s very disrespectful,” Trump added, saying, “nobody needs NATO more than France, and frankly the one that benefits the least is the United States.”