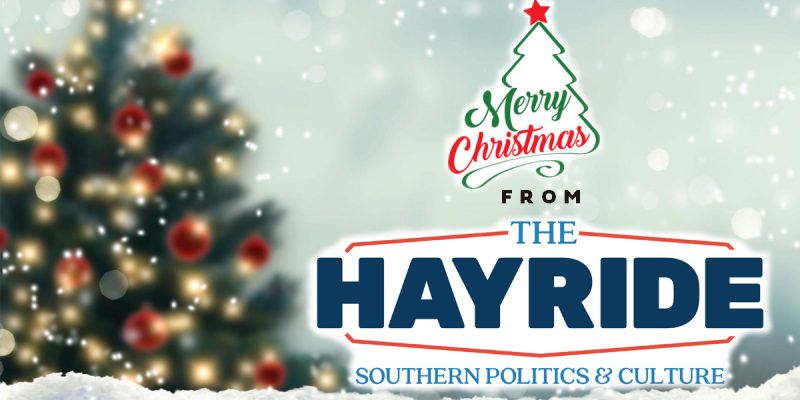 …I wanted to take a few minutes and thank our readers for making this arguably the busiest year our little site has seen. We’ve had more posts, more shares, more engagement and a larger readership than any year of our operation save for 2017, when we had a huge amount of traffic from a small number of viral posts. This year our offerings, on average, found larger readership than ever, and that’s due to your loyalty and support.

Also, this year our seven events were better-attended than ever before, so we thank you for your support of those. We’re still putting together our schedule for 2020, and within a couple of weeks we’ll have announcements to make on those events, but the 2019 Hayride @Large Tour was a great success and that’s due to you guys.

It’s been an eventful year, as the Louisiana statewide election cycle years always are. We’ve enjoyed covering the legislative races this year and meeting lots of terrific folks who will be joining the Louisiana legislature next month. This is the largest and best incoming class of senators and state representatives we’ve ever seen, and during their time in office we really believe they will change this state for the better.

We didn’t enjoy covering the governor’s race. 2019 will go down as perhaps the single largest wasted opportunity by a political party in the history of Louisiana politics, and not due to any particular failing of that party’s leadership. The LAGOP was put in an impossible position by the fact that Eddie Rispone threw $14 million of his own money into a gubernatorial run and in so doing chased off donors and candidates who might have run better races in the runoff. Rispone himself could have run a better race, as we noted in detail after the election, but he chose an abysmal group of out-of-state consultants and strategists and doomed himself and the party to failure. We’ll therefore have to wait four more years for true conservative reform and competitiveness with our neighbors.

That’s a bitter pill to swallow, but then again John Bel Edwards is good for us at The Hayride. We always get traffic pointing out his failures and lies, and there is no shortage of those.

You’ve likely noticed that we brought on some new folks this year. Todd Masson’s fishing videos certainly seem to be a favorite for our readers, and we’ll continue those. And Jeff LeJeune has taken over our LSU sports beat, which no Louisiana politics and culture site should be without.

Next year you’ll see us continue expanding into Texas, building on the great work Andy Hogue and Bethany Blankley have done over the past year and change. We’ll even begin doing events in the Lone Star State next year. And you’ll see us focusing a bit more on national things, owing to the fact it’s a presidential election and our writers will have a lot to say about that.

But for now, we’d like to wish you all a Merry Christmas, and while we won’t completely go away until then, a Happy New Year!