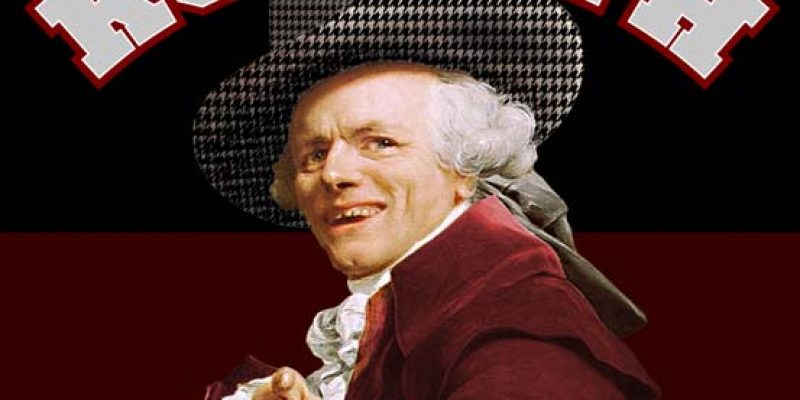 In breaking news unprecedented in college football history, the Alabama Crimson Tide have accepted the national championship trophy awarded by the Lou Holtz Society, nine days before the playing of the title game between LSU and Clemson.

The decision for the Holtz Society was not an easy one. In another record, this one comprised of stunning speed, the Society had LSU as its national champion one second, only to change its mind in the next and award it to the Tide.

Holtz went on to explain his flip, a change reminiscent of any of the great flips exercised on national signing day, by saying to win the title a team “has to be lucky,” and the Tide simply were not lucky.

Luck, it seems, was certainly on the side of the Tide for many of its other titles. One might recall 2011, when Alabama went 11-1, placed second in the SEC West behind an LSU team it lost to at home, and got to sit at home while LSU pounded Georgia in the SEC title game. The Tide enjoyed its week off, and subsequently beat the Tigers in the national championship game a few weeks later.

The NCAA doesn’t always acknowledge the national titles Alabama claims for itself, but the Tide, in all its wonder, has created its own system by which it holds championships. Other teams across the country are looking into visiting the Alabama campus to acquire the calculations it takes to run the numbers. Still, the Holtz Society’s lead man says he cannot remember as far back as 2011, so a retroactive championship would be difficult to award unless the society grows into at least a two-member organization.

Speaking of retroactive national championships, the Tide claim several. The most deserving was the 1941 title. The AP ranked Alabama, who finished third in the SEC, 20th in the nation that year. There were three teams that “shared” the national title (Alabama at 9-2, Minnesota at 8-0 and Texas at 8-1-1). Of the 14 selectors that chose a national champion, 11 went to Minnesota, two to Texas, and one to ‘Bama. It was The Football Thesaurus that retroactively awarded the championship. Still, word is that Alabama has sent a petition to the NCAA for foul play, as for years now the College Football Data Warehouse has recognized only Minnesota as 1941’s champion.

Dead Tide fans are rollething in their graves at the injustice.

Also breaking, it was just now reported by an unidentified source that the Lou Holtz Society may start with the 1941 championship if it does in fact decide to begin retroactively awarding titles. The Society figures that if things go right, it can have Alabama up to at least thirty titles within a year or two of research.

***Hopefully no one reading this really believes there is a Lou Holtz Society and makes scathing remarks in the comment section. Spreading any information from this article may very well incur a rolling of the eyes from the listener. Be warned, and enjoy a sense of humor. Rolleth, eyes. Rolleth, Tide.