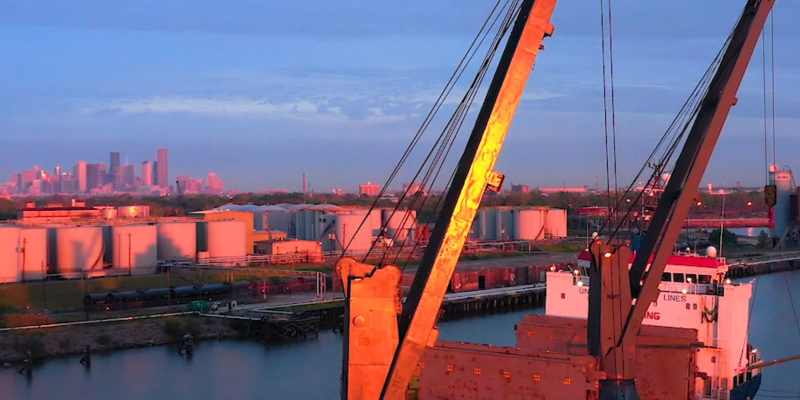 Texas leads the U.S. in international trade, ranking first in exports of manufactured and non-manufactured commodities in the third quarter, according to the U.S. Census Bureau’s Exports by Metropolitan Area Report.

Houston was the highest-ranking U.S. metro export hub in the U.S. in the third quarter, the report notes, exporting $31.3 billion worth of goods.

According to the Port of Houston, the Houston Ship Channel is experiencing tremendous growth with the region being home to the largest petrochemical manufacturing complex in the Americas.

Trailing the Houston Port was New York-Newark-Jersey City with $20.3 billion worth of exports. Next was Los Angeles-Long Beach-Anaheim with $14.9 billion, Chicago-Naperville-Elgin with $10.4 billion, Detriot-Warren-Dearborn with $10.3 billion, Dallas-Fort Worth-Arlington with $10 billion, and El Paso with $8.2 billion.

Texas has exported an estimated $155.8 billion in manufactured goods and $68.7 billion in non-manufactured commodities through the third quarter, ranking first in both categories among all 50 states.

Following Texas was California with an estimated $93.7 billion worth of exports of manufactured goods year-to-date. Next was Michigan with $39 billion, Illinois with $38.8 billion, and Ohio with $35.5 billion, according to the report.

The majority of exports from Texas go to Mexico, worth roughly $109.7 billion in 2018 and 35 percent of all of Texas’ total goods exported, according to data from the Office of the U.S. Trade Representative and the Census Bureau. Canada trailed Mexico, receiving $27.5 billion worth of Texas exports.

In the same quarter, the products most imported by Texas were car engines and car parts, cell phones, computers, and crude oil.