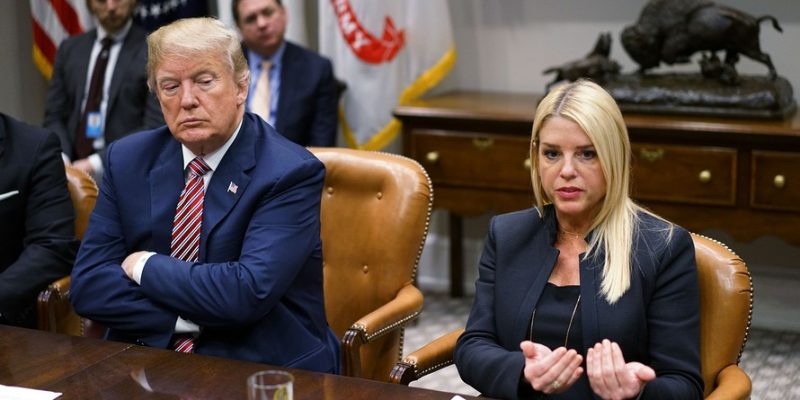 Former Ambassador to the UN John Bolton, whose brief employment at the White House lasted a little over a year, has “sold out” by claiming that President Trump told him that Ukraine aid was tied to investigating the Bidens, a crux of Democrats’ impeachment argument.

The hawkish foreign policy advisor made the claims Monday morning which the leftist media turned into the news of the day. Conservatives are dismissing the move as a cheap trick to sell books.

President Trump fired back at his former adviser on Twitter saying,

“I NEVER told John Bolton that the aid to Ukraine was tied to investigations into Democrats, including the Bidens. In fact, he never complained about this at the time of his very public termination. If John Bolton said this, it was only to sell a book.”

“Why didn’t John Bolton testify to the US House? Apparently his book wasn’t quite finished yet for presales!”

In other impeachment news, conservatives are celebrating the performance of White House Legal Counsel Pam Bondi who flipped the script on the Bidens from the Senate floor as she laid out the case against Hunter Biden who appears to have benefited financially from his father being Vice President.

The former Florida Attorney General began by pointing out that Hunter Biden was paid more than other members of the board of the Ukrainian Energy company Burisma, to the sum of $83,333 per month for 17 months.

Bondi concluded her remarks by pointing out the lack of qualifications of Hunter Biden to serve on the board, including his inability to speak Ukrainian and lack of relevant experience.

See part of Pam Bondi’s presentation for yourself:

Interested in more national news? We've got you covered! See More National News
Previous Article SADOW: No, There Is No “Independence” In The LA House Now
Next Article GIRL DAD: Kobe Was the Lone Man in the House, and He Loved It