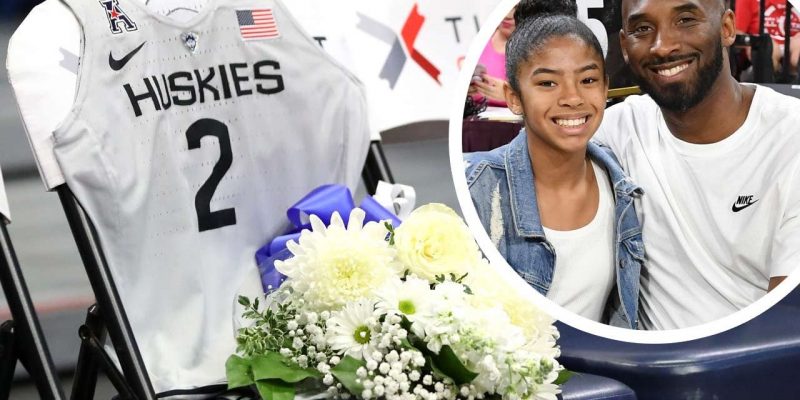 Kobe Bryant will never have a son to carry on his name. And apparently that was just fine with him.

ESPN SportsCenter anchor Elle Duncan broke down on the air today while telling the story of her one-time meeting with the late basketball legend.

Duncan had to work a little to meet Kobe backstage at an ESPN event two years ago, but once he got away from his distractions and realized Duncan, who was obviously pregnant at eight months, wanted a photo-op with him, his general passion and bubbling personality came out. He excitedly asked her questions about when she was due and what sex the child was going to be, and when she said she was having a girl, he smiled, gave her a high-five, and said these simple words.

“Girls are the best.”

At the time, Kobe and his wife Vanessa had only three daughters. He told Duncan that Vanessa wanted to try for another child, a boy this time, but was afraid it would be another girl. Duncan couldn’t even imagine having four girls, but Kobe’s response was immediate.

“I would have five more girls if I could. I am a girl dad.”

Duncan broke down on television when she told how proud Kobe was when he spoke about his middle daughter. Duncan began to cry as Kobe bragged, “She’s a monster, she’s a beast. She’s better than I was at her age. She’s got it.”

That middle child of three at the time was Gigi, the daughter who died, likely in her father’s arms, as the helicopter crashed Sunday morning.

Since then the Bryants have indeed welcomed another girl, a fourth, into the world. Capri Kobe is only seven months old.

In 2018, on the Jimmy Kimmel Show, a much lighter setting, Kobe told the story about Gigi’s very own Mamba Mentality.

And from all accounts, she would have had this, as good a basketball player as she was. She would have. Even the UConn women’s basketball team saw it, as they paid a tribute to her before their game against the US National Basketball Team on Monday (pictured above).

In 2018, Kobe spoke about his daughter, Gianna, wanting to carry on his legacy. (via Jimmy Kimmel Live)

Of course Elle Duncan, all of us, would give anything to go back and see those interviews, watch those games, enjoy his presence again. Just watching the video will show you how passionate he was about everything he spoke about, everything he cared about, how charismatic and magnetic he was. Listen to him speak, and you couldn’t help but like him.

There was an incredible spiritual depth to him.

And I believe that is why so many people, who didn’t know him personally, continue to say on television, and even in my own personal circles, that they can’t quite put a finger on why this tragedy is affecting them so much.

Duncan is one them. It was a two-minute encounter two years ago that has stuck with her, and will never, not ever, go away.

While she struggled through the tears, and she came to the end of her segment, she found it inside herself to deliver the most poignant, most perfect thing she could have said. I admire her for having it in her to mouth the words.

Maybe she had an angel up there helping her….

“The only small source of comfort for me is that he died doing what he loved the most–being a dad. Being a girl dad.” 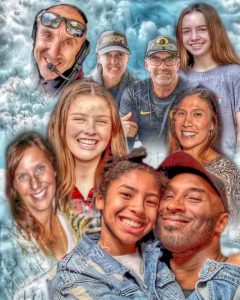