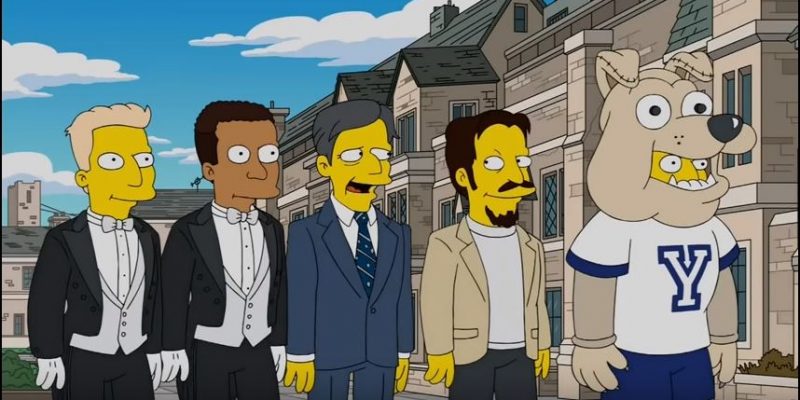 Because the Western canon from the Renaissance to the present is apparently too white, straight, European, and male, Yale University will discontinue one of the most beloved and storied courses in its curriculum.

Student unease was the trigger that will be making “Introduction to Art History: Renaissance to the Present” extinct.

“I believe that every object I discuss in [“Introduction to Art History: Renaissance to the Present”] (with the possible exception of one truly ghastly painting by Renoir) is of profound cultural value,” the course’s instructor Tim Barringer said in an email to the Yale News. “I want all Yale students (and all residents of New Haven who can enter our museums freely) to have access to and to feel confident analyzing and enjoying the core works of the western tradition. But I don’t mistake a history of European painting for the history of all art in all places.”

Putting European art on a pedestal is “problematic,” he said.

Of course, what is truly problematic is that the guts of the course–the Renaissance–was a wholly European thing. By its very nature–its intrinsic fiber–that’s what it is, because Europe is where it originated and thrived.

It is like scrapping an American History course based on the opinion that it is too American. Not enough Eskimos from eastern Siberia included.

As a result and replacement, the Yale Art History Department will soon offer a range of other courses, such as “Art and Politics,” “Global Craft,” “The Silk Road,” and “Sacred Places.”

This is fantastic. But it does not answer the conundrum as to why the Renaissance class has to be eliminated completely. Why not just add to the curriculum?

I think we all know the answer.

This Simpsons parody sums it all up….

Not all Yale students were thrilled with the move.

“My biggest critique of the decision is that it’s a disservice to undergrads,” Mahlon Sorensen said. “If you get rid of that one, all-encompassing course, then to understand the Western canon of art, students are going to have to take multiple art history courses. Which is all well and good for the art history major, but it sucks for the rest of us, which, I would say, make up the vast majority of the people who are taking [HSAR 115].”

Yes Mahlon, it would have made all the sense in the world to just keep the course as it is and add add add away to the curriculum if that’s what the department wanted.

But no. Total annihilation is clearly the best course of action in this case. Damn white people and their history and art.

Interested in more national news? We've got you covered! See More National News
Previous Article REMEMBER THIS DAY: LSU Football Has Given its Fans Memories for a Lifetime, Part III
Next Article KOBE KILLED: A Tribute to One of the Greatest of All Time