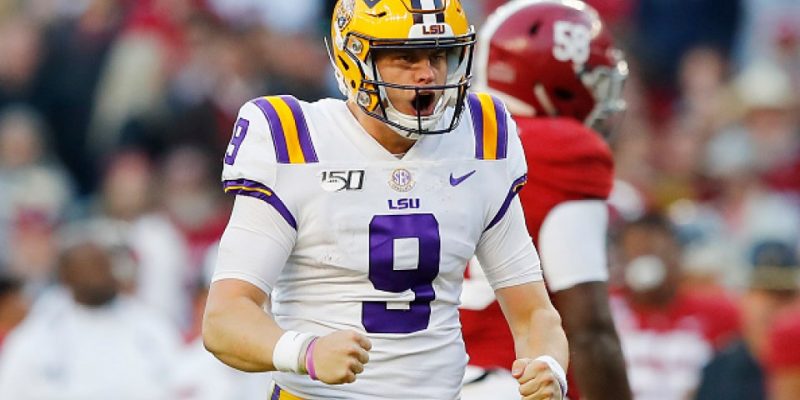 The Mamba Mentality will live on long after the tributes to Kobe Bryant end.

It turns out that LSU quarterback Joe Burrow was in that seemingly infinite number of athletes who are coming out of the woodworks to attest to Bryant’s enduring impact on them.

“Some of my fondest memories of sports growing up were watching Kobe take over games with my dad,” Burrow wrote on Twitter. “Modeled my mentality after him. Thanks for that Kobe.” 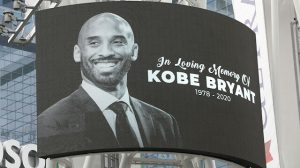 What is the Mamba Mentality?

“Mamba mentality is all about focusing on the process and trusting in the hard work when it matters most,” Bryant told Amazon Book Review. “It’s the ultimate mantra for the competitive spirit. Everything worth achieving needs total focus and dedication.

“Hard work outweighs talent–every time.  Mamba Mentality is about 4am workouts, doing more than the next guy and then trusting in the work you’ve put in when it’s time to perform.  Without studying, preparation and practice, you’re leaving the outcome to fate. I don’t do fate.”

The Mamba Mentality. It is what my generation grew up knowing as the Eye of the Tiger with Rocky.

No matter what you call it, Burrow had it this season.

In the second half of the Ole Miss game back in November, Burrow threw his second interception of the game–one each in consecutive fourth quarter series–only his fifth and sixth of the season.

As it would turn out, unbeknownst to anyone then, of course, it would be the last interceptions he’d throw for the rest of the year–over five games.

“I had those two turnovers and that can’t happen,” he said in the post-game press conference. “It kept them in the game. That was on me.”

He was cool and collected, saying the right things in that press conference, but if you watched the game, you saw how angry and determined he was on the sideline after the second pick. There was hardly any movement. Just his headset on talking to his offensive coordinator and a stare into nowhere.

What we would have known as the Eye of the Tiger when watching a Rocky movie.

What Kobe would call the Mamba Mentality. 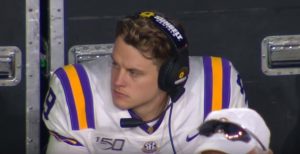 On LSU’s next possession, Burrow erased the previous two mistakes with a 61-yard touchdown strike to wide receiver Ja’Marr Chase.

Focus. Determination. Leaning on the hard work put in before the game. Before the interceptions.

That is the Mamba Mentality. That is the Eye of the Tiger. You take the opponent’s best shot, but you punch right back because you’re simply better–because you’ve put in the work.

It is well documented how hard Burrow prepared during game weeks. He was a graduate transfer and took all online classes, so his senior season was mostly spent putting hours upon hours in the LSU Football Operations Center prepping for the next opponent. In that regard, he essentially treated this past season as his rookie year in the NFL.

When an interviewer asked him earlier this season if he plays with a chip on his shoulder, Burrow said: “Yeah, I do. You know, I [was] a three-star recruit, places I wanted to go didn’t want me, then obviously the transfer, and…I definitely keep a mental log of things like that.

“Luck has nothing to do with this,” he added with the next question. “I’ve worked for this. I’ve worked my tail off.”

Mamba would be proud.

We are finding this week that so many athletes across the world, including the greatest in LSU football history, believe in this mentality. It is a mindset, an unparallelled drive, that makes good men great, great men legendary–if only they are willing to work for it, to want it more than the next person.

The clouds are somewhat clearing. It seems Kobe Bryant is very much still alive in this world after all.