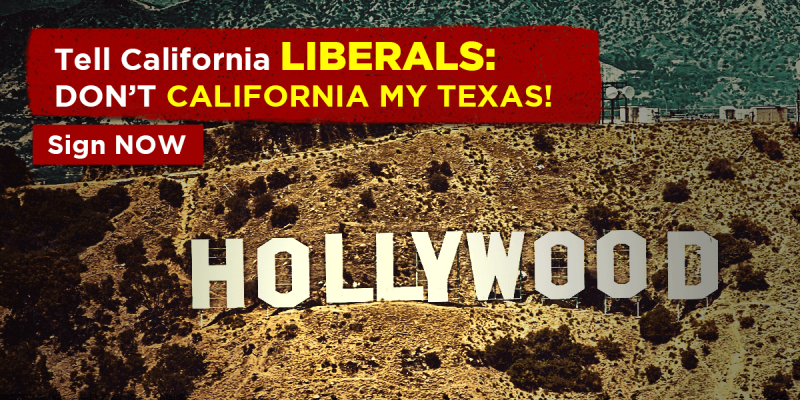 Will the seemingly constant influx of residents from California flip Texas?

While evacuees from the Left Coast make for easy scapegoats, he said, the data show that new Texas residents are more conservative than their native Texan peers.

Florida, he said, is facing a demographic and political shift brought on by New York retirees and Puerto Rico disaster victims moving the Sunshine State gradually to the blue category. Texas is a whole different taco, as a survey of 800 registered Texas voters commissioned by DeVore’s employer, Texas Public Policy Foundation, showed that “people who moved to Texas were more likely to have voted for President [Donald] Trump, with voters born in Texas favoring Trump over [Hillary] Clinton by 7 percent compared to transplants favoring Trump by 12 percent.

This result, he said, “is similar to the findings of a CNN exit poll in the 2018 Senate race between Ted Cruz and Beto O’Rourke showing that native Texans favored O’Rourke by 3 percent compared to people who moved to Texas supporting Cruz by 15 percent.” Yet another poll by the Texas Tribune and UT Austin alleged “57 percent of Californians who moved to Texas were self-described conservatives compared to 27 percent liberals.”

Among the other findings: people moving to Texas were more likely to be Asian or Hispanic, optimistic about the future, and suburban-minded.

“Our poll, and others before it, make a certain amount of sense. People seeking better opportunities for themselves and their families, having considered their prospects in high-tax, heavily regulated states such as California, make the logical decision to improve their chances by moving to Texas. These people, by their nature, are more likely to appreciate Texas’ hard-working culture and love of freedom.

A September report from the Dallas Federal Reserve bank shows that domestic migration to Texas peaked around 2015 due to an increase in employment during the Trump Administration. Much of that downtrend, the report noted, was due to the 2015-16 oil and gas bust.

“While Texas continues to attract migrants, it also appears that employers’ ongoing struggles to attract more out-of-state workers will likely continue as long as the Texas and national economies stay strong and maintain similarly low unemployment rates,” the report stated.