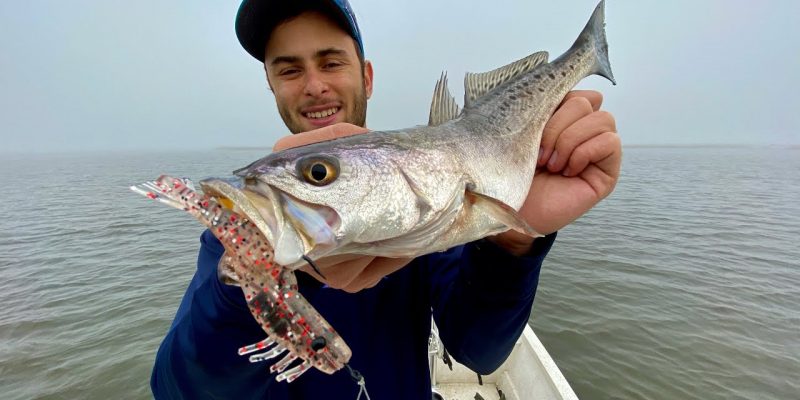 You ever have one of those days when you’re craving a big, juicy ribeye, seared to a bark on the outside but tender and pink in the middle? Once you get it in your head, nothing else will scratch that itch.

That’s how the speckled trout were treating only one lure when my son, Joel, and I went out on a hunt for whatever would bite deep in the marshes of South Louisiana late last week.

Conditions were calm and pea-soup foggy, thanks to unseasonably mild weather that raised water temperatures almost 10 degrees in a week’s time. Though it was mid-January, we tied on topwater baits to see if any trophy trout would try to fill the big void in their bellies.

Several responded, but they were loathe to make a full commitment, so I tried a different technique that paid significant dividends. Joel was reluctant to make the change, but once he did, his catch rate went way up.

Those trout kept us quite entertained for a while, until we pushed back into the heart of the marsh, looking for bass and redfish. Although the latter eluded us, the former gobbled Pro’s Choice soft stickbaits as well as 3-inch H&H Salty Grubs.

This week’s harsh front has certainly shut down the action for a few days, but the fish will be chomping again as temperatures moderate over the next couple of weeks.

Like the video? Please give it a thumbs-up, and subscribe to the Marsh Man Masson channel on YouTube. Also, leave a comment below or on the YouTube page. What’s the one lure you like to throw when speckled trout are being incredibly finicky? Have you had days when they’d hit nothing else in your tackle box?