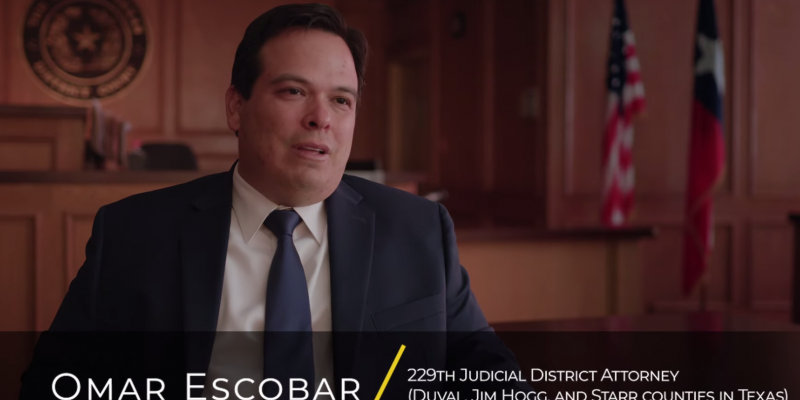 A recent Texas Public Policy Foundation conference panel discussed widespread voter fraud and election tampering in  Texas. District Attorney Omar Escobar, Jr., a Democrat, said the right to vote is something people have shed blood over– people have died to fight to be able to vote– now this most basic citizenship right is being squandered.

He brought to light the reality of politiqueria operating in Starr County, located west of McAllen, Texas along the U.S.-Mexico Border, and in the other two counties he oversees. But it’s not just along the southern border where this is happening– it’s happening statewide.

In 2018, Jonathan White, an assistant attorney general with the Criminal Prosecutions division of the Texas Attorney General’s Office, testified at a hearing of the Senate Select Committee on Election Security.

He said mail ballot fraud “is by far the biggest problem that we see across the state.” He added that some things have and haven’t changed over the time that he’s been prosecuting for the state:

“What hasn’t changed is that voter fraud is a big problem in South Texas and across the state. I don’t think it’s fair to insinuate that the majority of election fraud takes place in South Texas, because that’s not the case.

“That’s one thing that has changed. We know that now. We are also talking about mail-in ballot fraud as a real problem, and we’ve addressed it legislatively. Those are things that have changed in the last couple of years, because prior to that the narrative was that these things aren’t really happening. The reality of it was that it was probably a well-kept secret, a dirty little secret of certain political communities. …

“It is by far the biggest problem that we see across the state – mail ballot fraud – it still is. It’s the wild West of voter fraud. It’s a problem that we’ve addressed, but there’s still more work to do.”

White also noted that ineligible voters voting illegally is also a problem. Why? Because the state does not require documented proof of citizenship to register to vote. And because no state agency oversees county voter registration officials to make sure they maintain accurate voter rolls.

Texas Secretary of State Elections Division Director Keith Ingram told lawmakers in 2018 that no state oversight of county voter registrars exists. And it’s up to the general public to hold their local election officials accountable.

The only way this will end is for average citizens to get involved.

Interested in more news from Texas? We've got you covered! See More Texas News
Previous Article Coronavirus: WHO Upgrades Global Threat Level To “High”
Next Article APPEL: The Sham Impeachment Is A Front For A Larger Battle