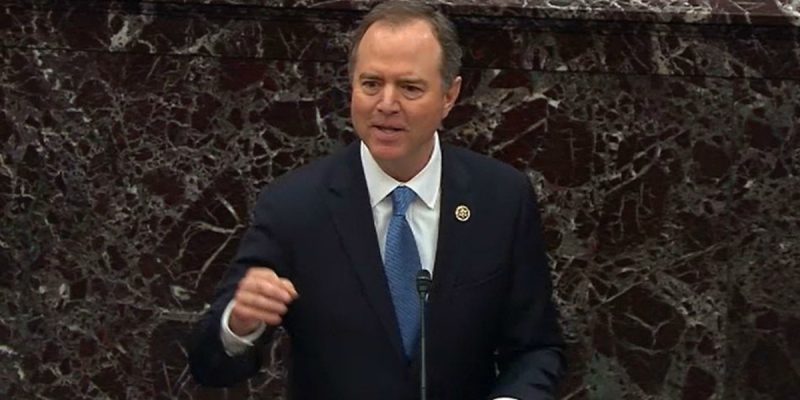 I really don’t believe that the vast majority of Americans truly understand the meaning of the impeachment charade taking place in Washington. No doubt there are those who think that it is about the notion that Trump’s phone call and his subsequent actions are legitimate grounds for removal. With all due respect to these sincere folks, they are living in La La Land. The impeachment trial of President Trump is just the front line of a raging war of principles that is being fought out over the future of America.

For decades Progressive Democrats had their way with our nation, rarely buffeted by weak Republican leaders. We all know the results, Democrat principles left us with broken families, drug abuse, no consequence criminal behavior, a failure of education, government dependency, and on and on.

But the heretofore silent conservative populace finally awakened in 2010 when, in the form of Obamacare, President Obama’s effort to force down socialized medicine met with unheard of Republican opposition. This opposition wasn’t a sudden inspiration of Republicans in Congress, their newfound courage resulted from their realization that Obama had awakened a visceral thought insurrection among their constituents. No more playing nice with Democrats who had always enjoyed Republican frailty, now Republicans in Congress realized that either they stand up for their people or they were out. The Obamacare fight was lost, but the process awakened the long smoldering rejection of progressivism among vast swaths of the American population.

By 2016 progressives, bolstered by their lapdogs in the media, had jumped to the invalid assumption that the Conservative genie was safely back in the bottle. But their joy over their forgone conclusion of the elevation of Hillary Clinton to the mantle of the progressive continuum was dashed by the votes in the Electoral College. Though since 2010 the Republican Congressional delegation had slipped back into playing nice with Democrats, the people of middle America, burdened as they were with progressive policies, recognized in Donald Trump his Swamp-draining potential. The political class had just assumed that moving left was inevitable, but the people had not abandoned their underlying trust in a conservative America and the result was a electoral coup de main against progressivism.

But as we all know the Democratic hydra won’t die easily; with the help of their allies in the media, using their twin tactics of jealousy and fear and cynically relying on the fundamental fairness of the American people, the Democrats struck back. Recognizing that the only way to re-capture their power was to undermine middle America’s faith in conservatism, Democrats focused their fury on President Trump by indicting him for what under President Obama would have been minutiae.

Since 2016 the battle of ideas has deepened. Gone are the days of 2016 when Democrats considered themselves progressive. In its stead a very large number of Democrats have turned to naked advocacy of socialism. As demonstrated by recent polls of Democrats, unheard of in Obama’s time the two openly socialist candidates are running legitimately strong races against old-style progressives. Clearly the Democratic Party, as it more and more dreams of a socialist America, is abandoning a far-Left President Obama’s policies.

The impeachment is only a skirmish in the battle between middle America’s conservative views and the Marx/Engels socialism that the Democrats would visit upon the people. The media’s efforts to obfuscate the real meaning of the impeachment is further evidence of the desperation of Democrats, collectively they are convinced that the destruction of President Trump equates to discrediting the ideas of middle America and they will do anything to achieve that.

As you watch the circus in our nation’s capital, just remember that what you are seeing is not what you think. Though couched in the guise of a fight over constitutional matters, you are actually watching a monumental struggle of philosophies. This covert warfare is a clash of conservative principles personified by President Trump against a modern Democratic Party that once embraced a progressive, though now perhaps a socialist, philosophy.